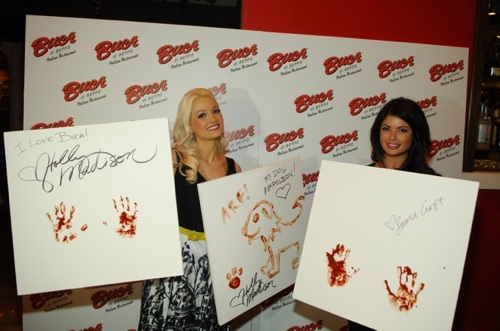 Mayor Carolyn Goodman dined at Lola's: A Louisiana Kitchen on Saturday during a Food Network shoot with Guy Fieri, host of Diners, Drive-ins and Dives. [LVRJ]

Retired four-star Gen. Colin Powell ate lunch Friday at Envy, the steakhouse at the Renaissance Hotel. Powell was commander of U.S. Army Forces Command in 1989 and U.S. Secretary of State under President George W. Bush from 2001 to 2005. [LVRJ]

On Tuesday night, actor Aaron Paul dined at Lavo at the Palazzo with a group of male friends. The star of Breaking Bad enjoyed chicken parmigiano, filet, sea bass and the Kobe meatball. On Thursday, singer Kid Rock dined in the private dining room with Food Network star Guy Fieri and friends. On Saturday, rapper J. Cole dined at Lavo with a group of friends to celebrate his 27th birthday. [EaterWire]