Share All sharing options for: The Palms' Pasquale Romano on Nightclub Antics, More 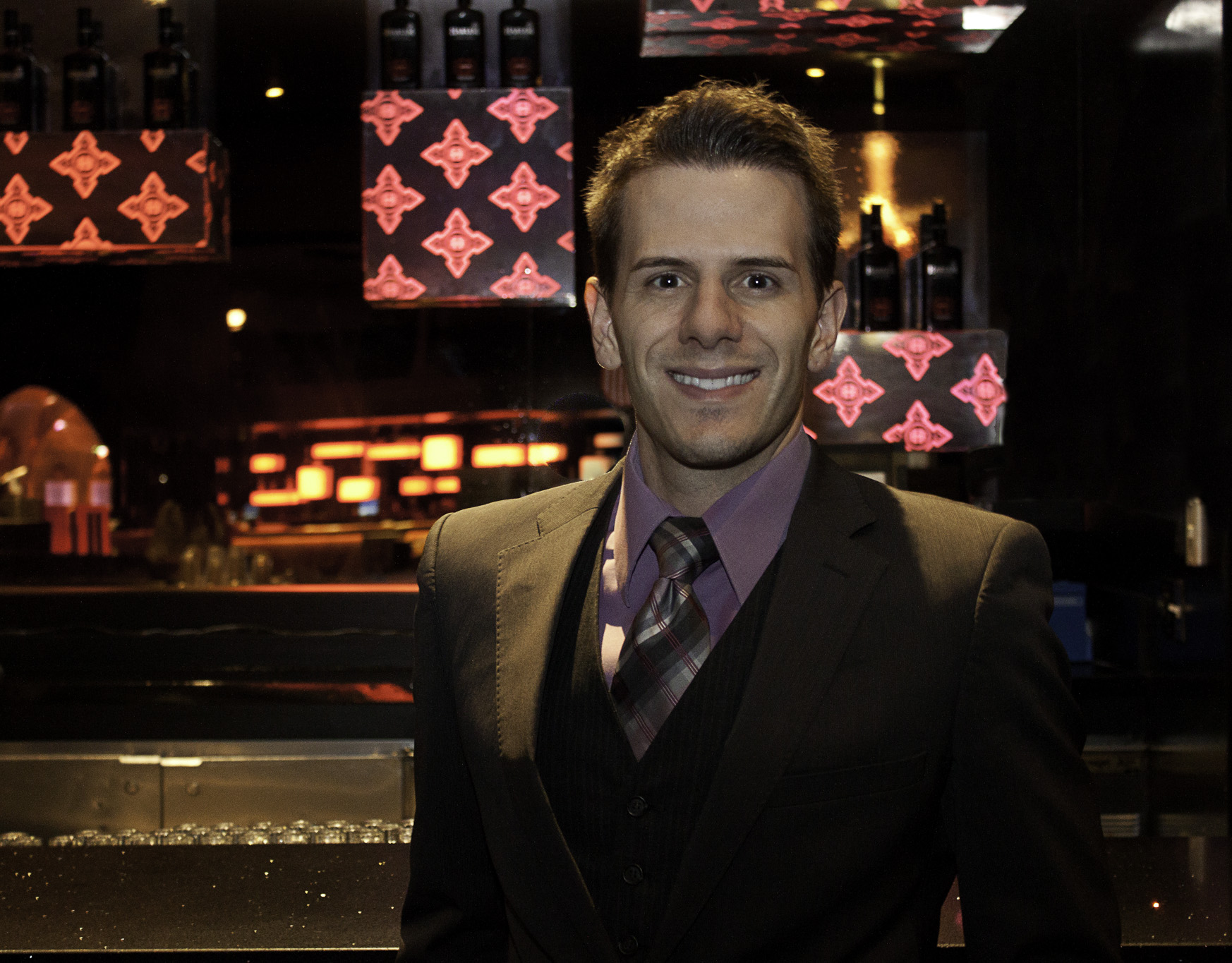 Pasquale Romano has been with Vegas' N9NE Group for nearly a decade and worked his way up to become the group's Director of VIP Services. Here we get this industry vet's take on everything you need to know about getting in on a busy weekend to the Palms' elusive fantasy suite parties to being mistaken for Insomniac's Pasquale Rotella.

How'd you get into the biz?
I moved out here 7 years ago as a musician and came to Vegas on my way to LA. I became a porter, which is essentially a garbage man, and saw these guys in suits. That motivated me to move up and I eventually became the Director of VIP Services, but I was first a porter, then a bottle runner, then a junior host, then a host and now a director.

What's the first thing that shocked you?
When I first moved here it was the way people just party and seem to go crazy. They think what happens in Vegas stays here and it just really shocked me how crazy and off the wall people get and how they party like there's no tomorrow. Now that doesn't faze me at all.

And now does anything shock you?
The women dressing very, what's the word? Let's just say that in Pittsburg and New York girls are a lot more covered than here.

Which of your venues is your favorite?
Personally I would come party at ghostbar, because it has such a great vibe. It's an ultra-lounge and always has good energy.

Do you ever get confused for Insomniac boss Pasquale Rotella?
Yes, all the time! I have a couple of good stories especially since Holly Madison just became pregnant. During EDC [the Electric Daisy Carnival] I was entertaining one of my big clients at Marquee and Redfoo gave "Pasquale" a shout out. [My clients] knew who he was, but they caused a commotion and I got mobbed and actually had to leave!

Speaking of big clients, what's the most extravagant experience you can craft?
I can't think of anything too crazy. Setting up private jets, throwing birthday parties, throwing suite parties for clients and having a good time with them.

How many people really drop $100,000 in a night?
Every once in a while somebody drops that kind of money. We get a lot of 10, 15, 20 thousand dollar customers. These big customers are usually the same customers everyone knows and when it does happen, people talk about it for a while.

What is the craziest thing you have seen a guy or group of guys do to get in?
There is one time a group of British guys came to celebrate a bachelor party and they all dressed up as babies with diapers and baby hats. It was out of control! Guys from England do really crazy things for bachelor parties.

What about girls?
Man I will say they act funny and will just leave it as they push boundaries.

Any tips on getting into the fantasy suite parties?
They are all exclusive parties and not controlled by nightlife operations. It all depends on who is throwing the party.

Do you go out?
I got out weekly. It's part of my job to check on my team and stay relevant to the city and clients and check out the scene.

What should you always bring the club?
An ID! I can't tell you how many times we've had to loose bottle sales or a customer. It happens quite a bit.

What would you say is your best day?
Right now it's our day club (Ghost Bar Day Club). It was one of the craziest last year!

Anything we should know about GBDC?
It's almost like it's Halloween every Saturday! People wear costumes and it has a laid back dress attire that's crazy and funky.

Would you say you guys are locals friendly?
Absolutely! We are all about the locals, especially at The Palms. If we treat them well everyone has friends and family that they will tell. They are a key element.

What can you share about the Moon renovations?
I can't really share everything. For now, there are a lot of changes going on at The Palms with a new sports book, a Jonathan Segal restaurant going into Gardunas. 2013 will be a big year with new venues.

For table reservations, contact Pasquale by email.
· All Coverage of The Ropes [~ELV~]