Share All sharing options for: Thrifty Ice Cream Now Has a Stand-Alone Store 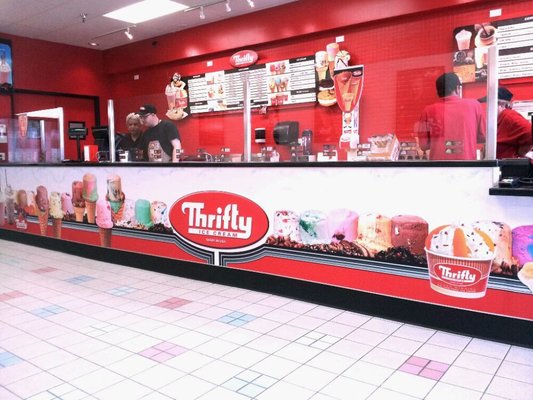 Smarty's gas station owner Pankaj Shah opened a Thrifty Ice Cream shop this year near the corner of North Pecos Road and Wigwam Parkway in Henderson. He plans to open five more stores in the valley.

Thirty-six flavors of the nostalgic ice cream are available, including Chocolate Malted Crunch and Coconut Pineapple as well as new flavors such as Circus Animal Cookies and Green Tea.