Shut Up and Drink Ass Juice at Double Down Saloon

Share All sharing options for: Shut Up and Drink Ass Juice at Double Down Saloon

Las Vegas has its fair share of crazy cocktails. During Eater Cocktail Week, we'll be sharing some of the best submissions from readers. Have a suggestion? Shoot us an email or drop a note in the comments. 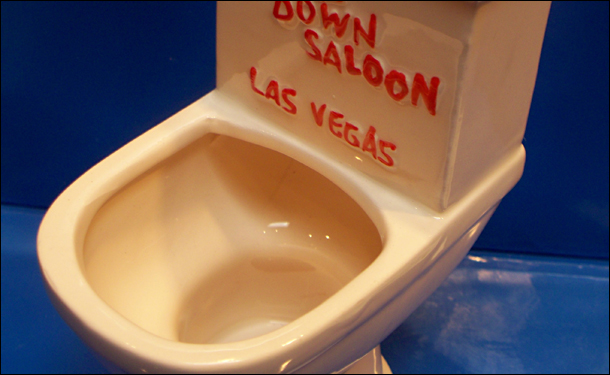 Since 1993, Double Down Saloon has been telling guests to just shut up and drink. Now in its 20th year, the dive bar is still going strong with Ass Juice, a shot that reached the one millionth served last December, even getting its own commemorative mug.

No one is talking about what's in the shot, a fruity vodka concoction that started when a liquor company was promoting a cheap knockoff of Jagermeister complete with bandoliered shot girls. Nab them for $4 a shot or two for $9. Just remember, you puke, you clean it up.
· All Coverage of Cocktail Week [~ELV~]
· All Coverage of Double Down Saloon [~ELV~]