Updated: Gordon Ramsay Pub Already Has a C Grade from SNHD; Now Back to an A

Share All sharing options for: Updated: Gordon Ramsay Pub Already Has a C Grade from SNHD; Now Back to an A

Not even open yet and already Gordon Ramsay Pub & Grill has the honor of sporting a C grade from the Southern Nevada Health District. A routine inspection of the coming restaurant at Caesars Palace on Dec. 6 uncovered 25 demerits.

In the meantime, Gordon Ramsay himself was in Vegas over the weekend, tweeting photos of the new space, taking in the Manny Pacquiao/Juan Manuel Marquez fight at the MGM Grand and partying at Pure Nightclub at Caesars Palace. 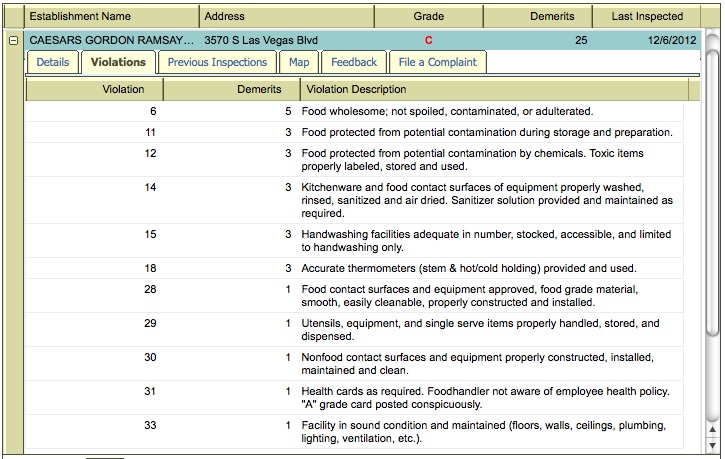