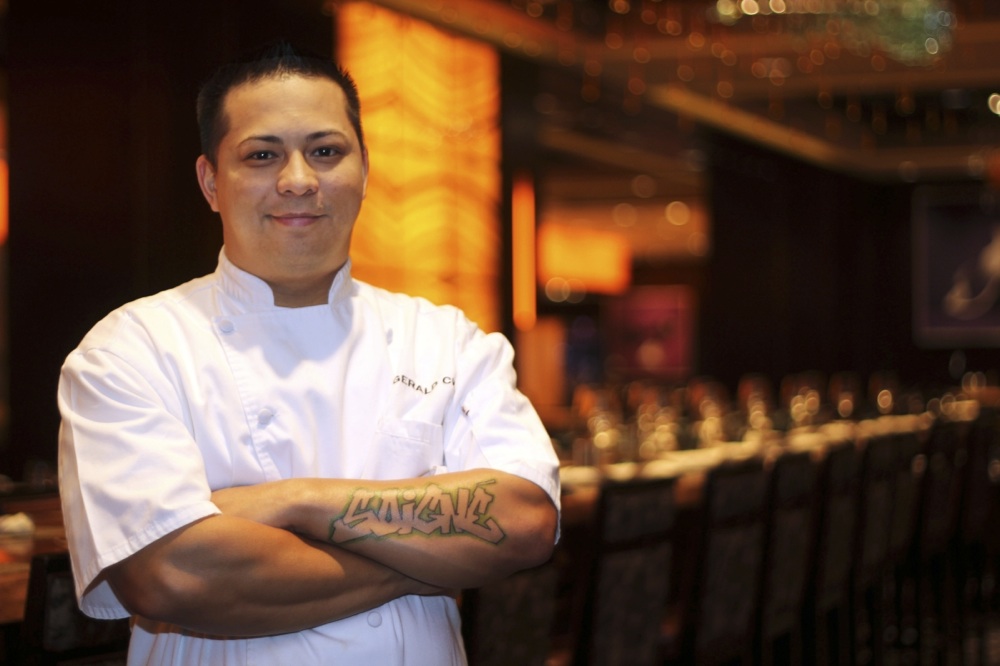 Gerald Chin has his hands full over at the Cosmopolitan of Las Vegas. The resort's chef de cuisine oversees such diverse culinary offerings as Henry, Overlook Grill and Wicked Spoon. To get to that point in his career, he's worked at such restaurants at RM Seafood at Mandalay Bay, the former Pips Cucina & Wine Bar at Aliante, Joel Robuchon at the MGM Grand and the now-defunct Bradley Ogden at Caesars Palace. Here he shares some of the dining treasures he frequents when he's not working.

Where do you enjoy eating when you're not working?
When I am not working I usually cook at home but when the opportunity arises to go out for lunch or dinner I jump right on it. A few of the places in town I like are Kyara near Jones and 215, Due Forni for lunch in Summerlin, and Lotus of Siam on Sahara. I always know that whether if I am with my family, friends, colleagues, or alone that the dining experiences will be good.

What dishes are most memorable?
Kyara has this dish called the Nasu no Pirikara Dengaku (eggplant with spicy miso sauce). The eggplant is like a boat and its passengers are miso flavored ground pork with fresh ginger.

Lunch at Due Forni has the Polipo Salad (braised Mediterranean octopus, arugula, pequillo peppers, taggiasca, mint vinaigrette) has a nice char to it from the oven and is cooled off with the mint vinaigrette which is refreshing. Due Forni also has their two simplistic approaches to pizza cooking in two different ovens with two different styles (Roman and Neapolitan) hence the Due Forni "two ovens."

Lotus of Siam has the nam kao tod (minced sour sausage mixed with green onion, fresh chili, ginger, peanuts, crispy rice and lime juice). I like different textures when I eat and this crispy rice salad has it all and  goes perfect with Singha Beer.

Why do you enjoy going there?
I enjoy Kyara for its Japanese tapas style, which is great for trying with a group of people.

Due Forni not only has great food but also tasty wines by glass from the Enomatic machines.

Lotus of Siam just simply has some good eats that hits your soul.
· All Dining Confidentials [~ELV~]