17 of the Biggest 2012 Restaurant and Nightlife Closings

Share All sharing options for: 17 of the Biggest 2012 Restaurant and Nightlife Closings

Just as quickly as a new restaurant opens, another shutters. The storyline this year in Vegas — a massive number of revamps, ushering out an era for one restaurant to make way for another. Here, a look at 17 of the bigger closings — restaurants, nightclubs and even a casino — in 2012 and what's taking its place. RIP. Feel free to leave your final farewells — to these and others — in the comments. 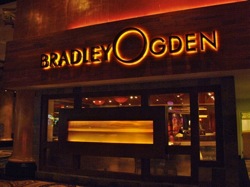 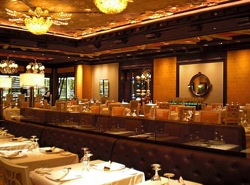 Switch: This Encore Las Vegas restaurant with a $40 million revolving wall shut the front door in July to make way for Andrea's and VDKA, which plan to open Dec. 28. 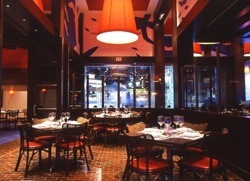 Seablue: Michael Mina's seafood restaurant shuttered at MGM Grand to make way for a new project from the chef, 1842 Pub, opening next year. 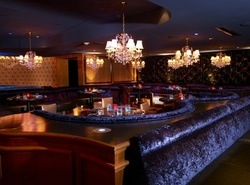 CatHouse: The onetime Kerry Simon restaurant and nightclub at Luxor shut down quietly in November. No word on what replaces the bordello-inspired space.

B.B. King's Blues Restaurant & Club: The blues club chain at the Mirage shut down in November after filing for bankruptcy. While no replacement for the space has been named, rumor has it B.B. King's plans to open anew mid-Strip. 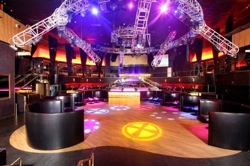 Rain Nightclub: Halloween proved to be spooky for Rain. The nightclub at the Palms closed after the big Halloween bash, and plans a brief reopening for New Year's Eve. N9NE Group hasn't announced what will take its place, but construction should begin in the new year.

Playboy Club: The home of the bunnies shuttered in June at the Palms. The space still hasn't been revamped. 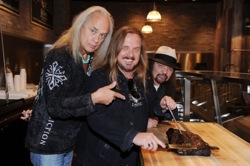 Lynyrd Skynyrd BBQ & Beer: The Southern rockers didn't fare too well at the Excalibur. After less than a year in business, the barbecue restaurant shuttered after filing for bankruptcy. No replacement for the space has been announced. 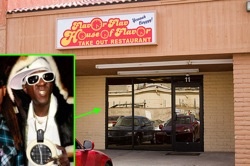 Flavor Flav's House of Flavor: The Public Enemy hype man and chronic clock wearer shut down his chicken restaurant after only six months. Fans can head to Blondie's at the Miracle Mile Shops to sink their teeth into his dishes. 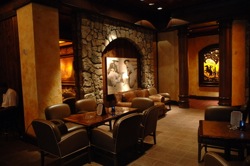 The Range Steakhouse: The cult favorite steakhouse at Harrah's Las Vegas with a mean French onion soup shuttered in November. In its place, a Ruth's Chris Steak House. 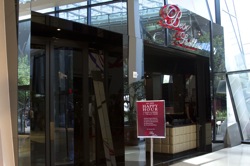 Beso: Eva Longoria's oft-maligned steakhouse shuttered at Crystals back in August. In its place, find SHe, a 1920s era dining and nightlife spot complete with fashion shows opening on New Year's Eve. 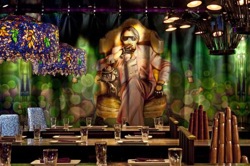 Johnny Smalls: The tapas from around the world restaurant shut down quietly in July to make way for Fú, a Chinese restaurant at the Hard Rock Hotel. 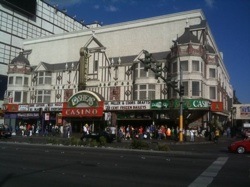 O'Shea's: An entire casino said goodbye to Vegas when O'Shea's shuttered at the end of April. The Linq plans to have a smaller version of the casino when it starts opening at the end of 2013. 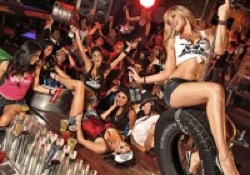 Rockhouse Bar & Nightclub: This club that sat in front of Imperial Palace (now The Quad) found itself in line to be demolished in May as part of the renovations for The Linq, expected to open in late 2013. A new version of the bar is opening at the Palazzo. 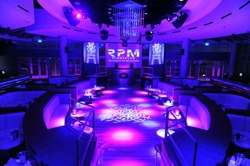 RPM Nightclub: After making its debut at the Tropicana last New Year's Eve, the nightclub closed to make way for Bagatelle. 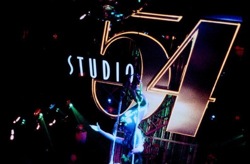 Studio 54: This nightclub at the MGM Grand stood the test of time since 1997 before shuttering in February to make way for Hakkasan.?