Friends of Eater Name the Top Newcomers of 2012

Share All sharing options for: Friends of Eater Name the Top Newcomers of 2012

As is the tradition at Eater, our closeout of the year is a survey of friends, industry types, bloggers, and readers. We've already covered Best Standbys. Now it's time for best newcomers. 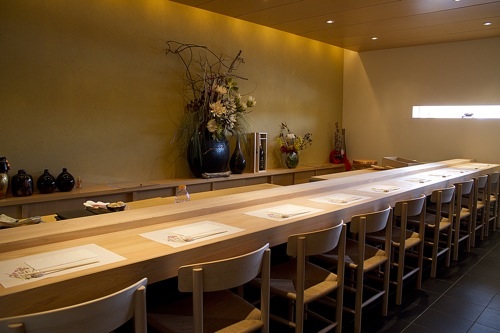 Q: What are the top restaurant newcomers of 2012?

Erik Chudy, VegasBurgerBlog: I'd have to say most of the restaurants that have opened this year did not live up to their hype yet for me (Honey Salt, Eat, Meatball Spot), but a few have really come into their own this year like DW Bistro, Herbs & Rye and Nattaya's Secret Kitchen.

Al Mancini, restaurant critic for CityLife and future star of All Forked Up: Gordon Ramsay Steak. Love him or hate him, you must dine here.

Elaine and Scott Harris, Cuisineist.com: Tetsu at the Aria really impressed us as well as Honey Salt. Rattlecan at the Venetian and Meatball Spot in Town Square.

Grace Bascos, food writer for Vegas Seven: Honey Salt and Eat, because they're neighborhood joints and that's what Vegas is clamoring for right now. They've been the belles of the ball since their respective debuts.

Susan Stapleton, editor of Eater Vegas: Chada Thai & Wine and Kabuto each added new dimension to the already vibrant dining scene in Chinatown. Eat because Natalie Young brought something Downtown craved, a spot for locals to congregate in Downtown Vegas. Honey Salt, because the Westside desperately needs a new non-chain restaurant to call its own. On the Strip, I think Devin Hashimoto at Mizumi at Wynn Las Vegas is doing some crazy insane dishes that broaden the definition of Japanese cuisine. The Act Nightclub is redefining nightlife by taking performance art one step further.
· All Coverage of Year in Eater 2012 [~ELV~]