Friends of Eater Recall Their Single Best Meals of 2012

Share All sharing options for: Friends of Eater Recall Their Single Best Meals of 2012

As is the tradition at Eater, our closeout of the year is a survey of friends, industry types, bloggers, and readers. We've already covered Best Standbys, Top Newcomers, 2012 in One Word, Best Dining Neighborhood and Dining Surprise of the Year. Now it's time for the best single meal of the year. Readers, please add your thoughts to the comments. 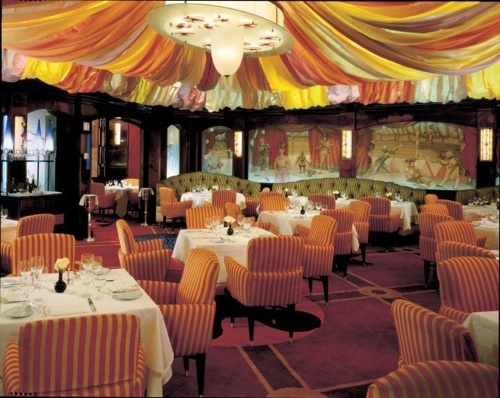 Q: What was the best single meal you ate this year?

Robin Leach, gossip columnist for the Las Vegas Sun: Joel Robuchon for the legend is intact and keeps growing — chased by L'Atelier with Steve Cohen, who is just masterful. Wolfgang Puck and Eric Klein still amaze at Spago after 20 record-breaking years. Andre Rochat should get credit for his annual Jean-Louis Palladin dinner — a masterpiece of culinary wonders by 25 top LV chefs saluting the late king of the kitchen.

John Curtas, restaurant critic and future star of All Forked Up: Edomae sushi tasting at Kabuto/kaiseki dinner at Raku/anything Gregory Pugin served me at Le Cirque/everything Julian Serrano served me at Picasso.

Al Mancini, restaurant critic for CityLife and future star of All Forked Up: Three courses at Picasso, followed by three at Prime — having Suzie Rugh as a guest helped a lot.

Elaine and Scott Harris, Cuisineist.com: We had many great meals in 2012 but we would have to say our meal at BarMasa with chef Masa himself would have to top the list followed by chef Luciano Pellegrini's white truffle dinner at Valentino.

Grace Bascos, food writer for Vegas Seven: My single best meal was the 16-course degustation at Robuchon is a bit like saying my favorite gemstone is diamond, or that my favorite fish egg is Oscetra (in the US). Of course Robuchon was the most technically perfect meal I had this year.

But my favorite meal was my final dinner at Bradley Ogden on its closing night. It was an onslaught of all the greatest hits from his menu: blue cheese souffle, the foie gras, the burger, and the famous butterscotch pudding, etc. surrounded by friends and other eaters who had appreciated what the restaurant had done for the Vegas culinary scene during its tenure.

Erik Chudy, VegasBurgerBlog: Since this is a Vegas site I will refrain from my Napa meals earlier in the year, and go with the shogun burger at Bachi Burger as it was orgasmic.

Susan Stapleton, editor of Eater Vegas: The degustation tasting menu at Joel Robuchon was pretty amazing, but my judgment might be clouded by the chef himself practically sitting on my lap. I had two phenomenal meals at Le Cirque, where I was treated like a queen and feasted on truffles at one. Ivo Angelov and his staff really know how to treat guests like royalty. A 15-dish tasting at Chada Thai & Wine left me amazed at the Southern Thai food Bank Atcharawan was serving guests. The nigiri option at Kabuto still resonates with me. Oh, and that budino at D.O.C.G. Enoteca along with the namesake pizza. Outstanding.
· All Coverage of Year in Eater 2012 [~ELV~]