Mario Batali on Expanding in Vegas, The Spotted Pig Fracas and Orange Crocs

Share All sharing options for: Mario Batali on Expanding in Vegas, The Spotted Pig Fracas and Orange Crocs 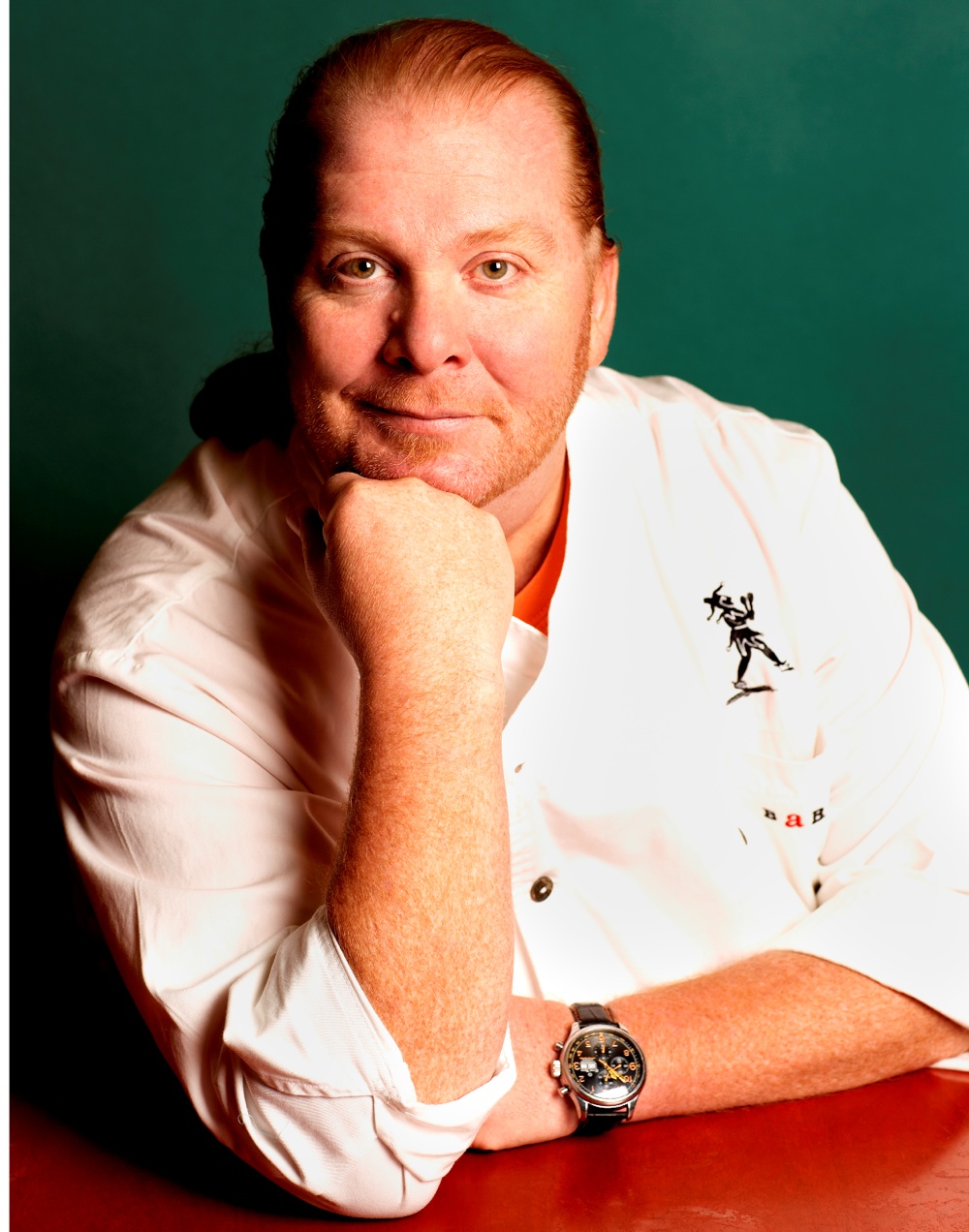 Eater Vegas caught up with Mario Batali, the orange Croced chef behind B&B Ristorante, Otto Enoteca Pizzeria and Carnevino at the Venetian and Palazzo, to find out what his future plans in Vegas include, how he feels about TV chefs and his thoughts on Gordon Ramsay buying the UK trademark for The Spotted Pig, the same name as April Bloomfield and Ken Friedman's beloved New York institution where Batali is a part owner (Gordon Ramsay Holdings International Ltd. still owns the rights as of Dec. 27). Of course, no interview with Batali would be complete without asking about his orange Crocs.

Do you have any plans on the horizon in Vegas?
We're happy to be here with three restaurants. We're working on other ideas and we're thinking about what we're going to do. We're really proud to be here, that's for sure.

Do you have any plans for an Eataly in Vegas, which we would love?
We're trying to figure out if there's a space in the Venetian/Palazzo area where we can do maybe not Eataly itself but a little Eataly.

There are two spaces I can think of.
Tell me.

One is next to Carnevino. The old Charlie Trotter space.
I need 60,000 square feet.

The kitchen's in there.
I'll think about it. I would love to have an outdoor/indoor space.

Have you been to our farmer's market on Thursdays, Bet on the Farm? I want something like that but on the Strip.

When you open a restaurant in Vegas, do you think about what kind of customer is going to come in?
Well, when we opened the three that we have, we were looking for the same sophisticated customer that's in New York or in Chicago or wherever we happen to operate. It's about delicious food. It's about the experience. It's about everybody being relatively pleasantly surprised but not expectationally. When they come to our restaurants they know they're going to get delivery of whatever it is that we have to offer. Happy delicious food at a fair price.

What was the first thing that shocked you in Las Vegas?
What shocked me the quickest and the most impressively was the sophistication. We thought we were coming here and it was like, yeah, a bunch of wang wang tourists from wherever they come from. What were were pleasantly surprised about was people really know what they're doing when they come to this town. The food game has changed so much. We didn't ever expect to do anything half-assed, but we were surprised at our competition being so much better than we expected. That for me is the biggest part.

We wouldn't have changed our game in any way. We still would have brought our A game, but we didn't think that everybody would be so good. There are so many great restaurants in Las Vegas. It's probably the single-most gastronomic destination outside of New York. I mean in New York there are literally 10,000 restaurants. Here there are probably 2,000 restaurants here, but pound for pound there is nothing better.

And I don't have to go to Queens.

What do you think of the proliferation of food TV shows and do you think it diminishes your role as a chef?
Let me ask you this. If a bunch of idiots came out and said whatever they wanted whenever they want, would that make the smarter people any less important?

I think the food media space still needs a lot more than what it has. What diminishes its importance is the relative infinite crop of reality space stuff. The angry and dismissive reality TV in the food space is insignificant to me. Although it probably has better ratings than any show that I ever had, which was about information and information exchange, and kind of the celebration and joy of really delicious food and its regionality and the information behind it.

The easy TV of yelling at someone is going to ride its wave. And it will be over soon, so I'm not worried. I don't see the end of it today, tomorrow or five years from now, but it is what it is. It's not food TV. That could just as easily be based on strippers or duck hunters or hillbilly hand fishers. All interesting in their own little way but nothing I want to watch.

They get better ratings than Tyler Florence or Mario Batali ever will. Our category is what it is. At the end of the day, information will always win out over silliness. I hope. I could probably be wrong.

I have to ask you about the Spotted Pig fracas. Do you have any thoughts on it?
None.

Are you going to buy the rights in Great Britain?
Listen. If someone called you and said, "We're taking your driver's license and we're gong to make a poster out of it," you'd say, "Whatevs."

I don't think it was an intentional shot across the bow by Gordon [Ramsay]. I think his team is just very smart and they're trying to build businesses.

There's got to be a thousand other animals that they could have chosen besides the Spotted Pig. A striped minx, for example.

But that said, he's doing the right thing and he's going to give it back to them. However it slipped through. Whatever. It didn't make him look great but if he did the right thing, which is what he's doing, just letting them have it, then he's cool. It's was like, whoops, pal, not fuck you. He's a really smart and very cool dude who has a lot of shit going on.

There's nobody in my building trying to steal Emerils. He didn't intend to do it, I'm sure. I can only assume the best.

Would you ever change your orange Crocs for a different color?
Do you have a pair? Are you offering me an opportunity?

Do you want me to?
Do you want to meet be by the pool later and discuss?

Orange is my family color. My kids recognize it, I recognize it. If it was glimmering gold, would that be off? No.