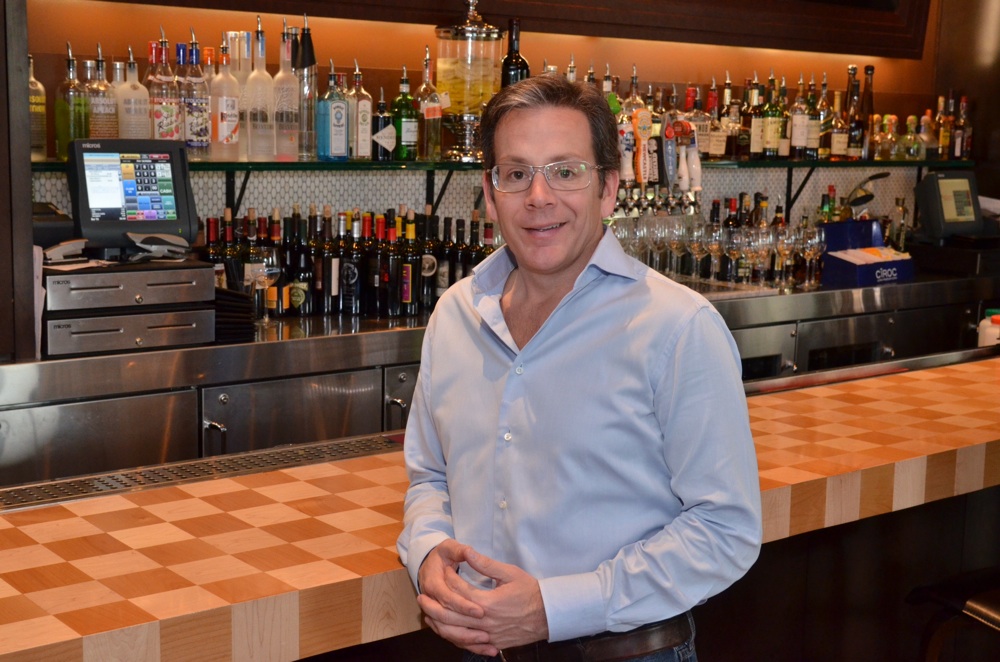 Jeff LaPour loves pizza. He loves it so much that he ends up visiting great pizza joints across the country when he travels. A random stop at Di Fara Pizza in Brooklyn led him to call his father-in-law, Albert Scalleat, to tell him how great the pizza was there; he had to try it. It took several years of going back and forth with the DeMarco family until they finally agreed to let the duo bring the pizza west. It wasn't easy by any means. LaPour and Scalleat went to great lengths to find the right purveyors for authentic ingredients, the right ovens to get the pizza just right and even a water filtration system that duplicates the water in Brooklyn. Here, LaPour talks about the first year at Dom DeMarco's Pizzeria & Bar, including plans to open a second location in Henderson by next fall.

What changes did you have to make to the space?
It was the old Atlanta Bread Co. I had been there for coffee several times with a friend of mine. He said, "You guys should talk to the owner of this place wants. He wants to get out of his lease."

We gutted the place entirely. We put in a new storefront. We made a deal with the landlord where if we made improvements to the patio, we could use it for additional seating.

What did you learn?
I think we've learned that as much preparation and planning as we put into it, it was crucial to our success. It's a small project but three years in the making.

You have to have great staff in order to have a great restaurant. We spent a lot of time on staff and staff development.

I guess the third thing is we have a high quality product and we refuse to compromise on quality or the method of making it. We're holding the line on quality

I would also say you have to have value. People want to know they're getting a quality product for a fair price. I think we deliver on that

What was the menu testing process like?
It was about six months long and it was probably one of the most rigorous things we
ever done. Many of the people who were with us couldn't believe what it takes to come up with a recipe let alone a menu. We were grading things and redoing it and found inspiration from places we like that we fine tuned and made it fit our concept.

Do you think guests have embraced the idea behind Dom DeMarco's?
I think so. We've been really received well by nearly all of our customers. You have to deliver on service and quality and value. We have a comfortable place.

Six months in, did anything change?
You evaluate your menu you have some of the staff that you opened with who aren't there. It's been the normal evolution of a restaurant.

What's the must-order dish of the moment?
I would say the meatballs and sausage are both very good. The eggplant is another good one.

The square pizza to me is the best-kept secret there. You can't get that anywhere else in the United States, let alone Las Vegas. The Di Fara Special is the best. People don't really realize what it is. It's getting more and more popular. I don't think a lot of people understand it, but it has its loyal followers.

What's in store for the future?
Year one's been really a great year. It's above what we had expected We're seeing there's room for growth. We have a second location in the process in Green Valley at Horizon Ridge and Green Valley Parkway to open next fall.

We're looking forward to our second location in Green Valley. It will be the same great experience we have now. Our focus is on quality and we just want to make sure we go slow.
· All Coverage of One Year In [~ELV~]
· All Coverage of Dom DeMarco's Pizzeria & Bar [~ELV~]