Industry Tastemakers on Their 2012 Restaurant Breakups

Share All sharing options for: Industry Tastemakers on Their 2012 Restaurant Breakups

As is the tradition at Eater, our closeout of the year is a survey of friends, industry types, bloggers, and readers. We've already covered Best Standbys, Top Newcomers, 2012 in One Word, Best Dining Neighborhood, Dining Surprise of the Year and Single Best Meal of the Year. Now, Breakups. Readers, please add your thoughts to the comments. 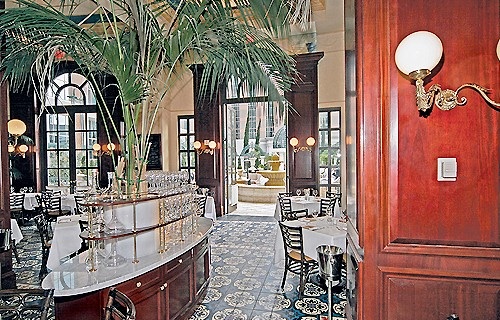 Q: Were there any restaurants that you broke up with in 2012?

Erik Chudy, VegasBurgerBlog: Every single restaurant at Town Square except for Meatball Spot, which may have earned itself repeat visits. If I have to pick a specific location, Holstein's earns this spot as an ex as it has certainly gone downhill since opening.

Robin Leach, gossip columnist for the Las Vegas Sun: No. Not really.

Al Mancini, restaurant critic for CityLife and future star of All Forked Up: Bouchon!!!!!!! Read the book.

Elaine and Scott Harris, Cuisineist.com: We broke up with Kabuki in Tivoli after giving it three trys and Petra who is now closed.

Grace Bascos, food writer for Vegas Seven: I had broken up with Todd English quite some time ago because of Olives. He was always a bit like that hot ex-boyfriend you couldn't say no to whenever he was in town, even though you really hated him while he was gone. But I recently  made a trip to his Todd English P.U.B. at Crystals, which has a new chef, Jean Paul Labadie, at the helm. He's a chef who's been in Vegas a long time, knows the scene, knows the clientele, and can cook the sh*t out of English's menu. Labadie made me take a second look.

Susan Stapleton, editor of Eater Vegas: Yes. One restaurant where a complete shitshow took place while I was dining there. The staff moved every single table in the dining room while I was there. I asked if I had overstayed my welcome. No. Seems like the type of behavior you would expect at a McDonald's, but this was a JBF award winning restaurant.
· All Coverage of Year in Eater 2012 [~ELV~]