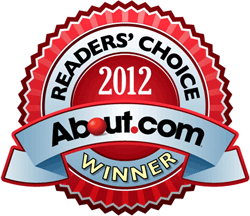 About.com is delving into the best of Las Vegas with its 2012 About.com Readers Choice Awards. “I should congratulate a few nominees because clearly the push to stuff the ballot box worked.” In the running for best nightclub: XS at Encore Las Vegas, Hyde at Bellagio, Chateau at Paris Las Vegas, 1 OAK at the Mirage, Vanity Nightclub at Hard Rock Hotel and Haze Nightclub at Aria. For best restaurant: Public House at Venetian, Le Cirque at Bellagio, Comme Ça at the Cosmopolitan of Las Vegas, Mon Ami Gabi at Paris Las Vegas and Sage at Aria. For best pool, the contenders include The Beach at Mandalay Bay, Encore Beach Club, Garden of the Gods at Caesars Palace, Aria Pool and Liquid Lounge, Rehab Sundays at the Hard Rock Hotel and Wet Republic at the MGM Grand. Voting ends March 21. [About.com]