Share All sharing options for: Stacy Keibler at Yellowtail; A-Rod at Spago; MORE 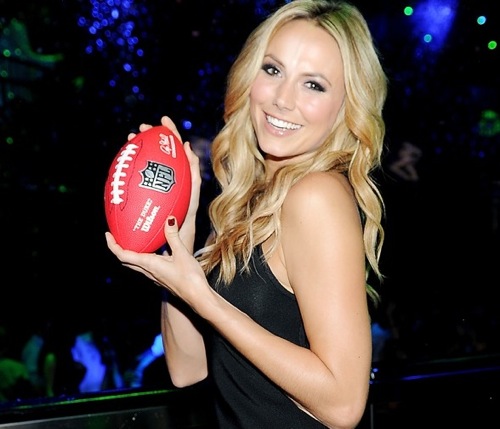 Former Dancing with the Stars contestant and current George Clooney girlfriend Stacy Keibler ate dinner at Yellowtail Japanese Restaurant & Lounge at the Bellagio Saturday night with a group of friends that included Kendall Towers, who was a Baltimore Raven’s cheerleader with Keibler back in the day. [EaterWire]

Actress Aimee Teegarden from Friday Night Lights watched the Super Bowl at Cabo Wabo Cantina at the Miracle Mile Shops inside Planet Hollywood Resort on Sunday with friends. The table of six munched on chips and salsa, tacos and buffalo wings. [EaterWire]

Yankees shortstop Alex Rodriguez dined at Spago at the Forum Shops at Caesars on Saturday afternoon. He was with a female friend and ordered a salad and chicken. [EaterWire]

Actor and comedian Tim Allen ate lunch at Lagasse's Stadium at the Palazzo on Saturday. [LVRJ]