Bryan Forgione Returns to Barbecue Roots on Days Off

Share All sharing options for: Bryan Forgione Returns to Barbecue Roots on Days Off 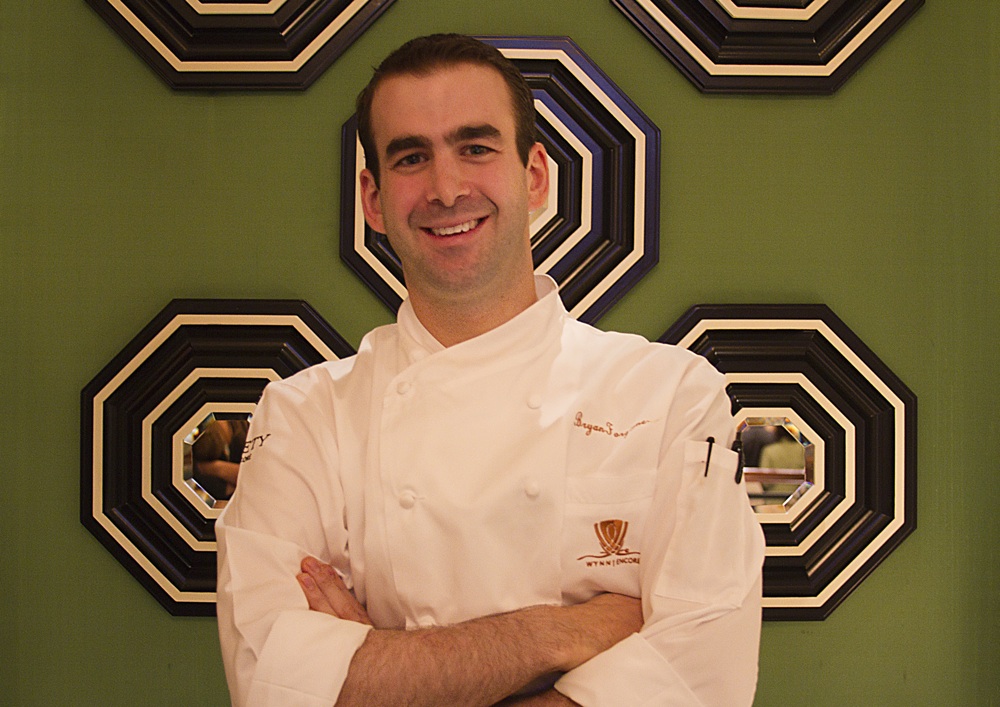 Bryan Forgione had his moment of fame last week when he competed with his brother on Iron Chef America.

The son of Larry Forgione and brother of Iron Chef Mark Forgione is the chef de cuisine of Society Cafe at Encore Las Vegas, and together with his brother, they took down Philadelphia chef brothers Lou and Joey Campanaro on the Food Network show.

But the younger brother is no schlep in the kitchen. He got his start at An American Place in 1998, then moved on to Above in Times Square, learning Japanese and American fusion, Cooking With Jazz, learning the art of Cajun and Creole food and his father's formerly owned restaurant Beekman Arm's Tavern in upstate Rhinebeck, N.Y.

He worked under Michael Romano at his restaurant with Danny Meyer called Union Square Café in Manhattan while studying at The Culinary Institute of America. Then he worked with his father again as corporate executive sous chef, opening up six Signature Cafés in Lord & Taylors across the Northeast before taking off to Saint Louis, where he opened An American Place with his father.

There he honed his barbecue skills and went on to open Swingbelly's Beach Side BBQ in Long Beach, Long Island. Forgione now mixes all of his talents at Society Cafe. He shares his favorite places to dine when he’s not whipping up dishes at the Kim Canteenwalla restaurant.

Where do you enjoy eating when you’re not working at your own restaurant?
I’m a big family man so time off from work usually includes cooking at home with my wife Piper and my two boys Drew and Dylan. But when I venture out I’ll take them to Buzz’s BBQ and Grimaldi’s and when the kids are out for the night, I’ll hit up Raku.

What dishes are most memorable?
I’m originally from New York; Grimaldi’s keeps home close. I always start with the antipasto, very simple: the olives, fresh mozz, delicious roasted peppers and salumi are exactly what we would find at the table at my Grandfather’s house during the holidays. The family getting together during those times were some of my best memories growing up so that dish is very nostalgic for me?then of course we can’t all decide on the same pizza so we get a few, great selection of toppings but you can just stick with fresh tomatoes and basil, when the crust gets that little bit of char a perfect crispness, it’s all you really need! I made pizza dough for my first time with my grandfather and the dough they use is similar in texture and flavor.

Barbecue is a huge passion of mine, so when I don’t have the time to fire up my smoker and put in the 12 hours, I go to Buzz’s and let them do the work. I mainly get their dry rubbed spareribs and thick sliced brisket with a double side of ice water slaw (one of the best vinegar slaws I’ve had). Mike, the owner, is a really down-to-earth pitmaster who respects the art. My first visit there I asked him what kind of smoker he uses (a good way to find out if the barbecue is legit) and he gave me the full tour of the kitchen. When I drove cross country to move out here I decided to make it a barbecue tour and hit the Carolinas, Kansas City, Memphis and Texas. Mike’s hospitality reflected all the good people and pitmasters I met along the way. His place is super-casual and great to take the family or go for a few drinks and food with friends.

Raku is a cool little place tucked away on Spring Mountain that has great adventurous specials. It’s great to go with a group because they generally have a lot to offer and it’s a good way to sample things. I usually will get something different every time I go but one thing that always seems to end up on the table is the Dried Tatami Sardine Salad, kind of like a Japanese version of a Caesar salad. One of the best dishes I had was a sea urchin special that was served chilled inside the ‘shell’ with soba noodles and a seaweed broth. The chef is a cool guy who cooks with passion and loves what he does. I can’t seem to get out of that place in under two hours but I’m never really trying to either!

Why do you enjoy going there?
As different as these places are, I like them all because they are being run by people who care. Front and back of the house, when people love what they do it shows in their product and it keeps me coming back.
· All Dining Confidentials [~ELV~]
· All Coverage of Society Cafe [~ELV~]