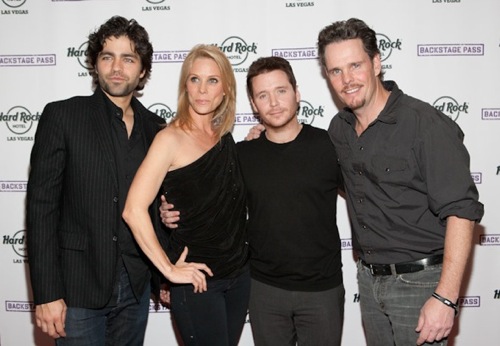 Actress Cheryl Hines from Curb Your Enthusiasm dined with friends at Pink Taco at the Hard Rock Hotel on Friday night. [EaterWire]

On Thursday night, comedian Carlos Mencia was spotted at Lavo at the Palazzo with a group of friends and family. They ordered penne seafood alfredo, roasted Chilean sea bass and chicken parmigiano. [EaterWire]
· All Coverage of Star Watch [~ELV~]