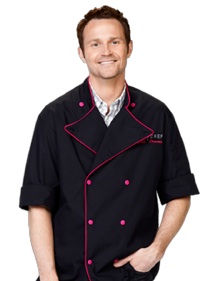 Northwest Las Vegas is about to have a Metro Pizza to call its own. At the end of May, Metro Pizza plans to open at Sky Pointe Drive and Cimarron Road, marking the sixth location of the 32-year-old pizza joint. And this one plans to combine savory and sweet sensations.

When the location opens, it will have a bakery as well as a pizza shop serving up the New York-style pies.

Chris Hanmer, who won Season 2 of Top Chef Just Desserts and owner of the School of Pastry Design, is creating the dessert menu as well as offering baking classes.

Co-founder John Arena says his company has owned the land for about five years, but waited for the economy to turn before breaking ground.
· All Coverage of Metro Pizza [~ELV~]
Chris Hanmer [Photo: Bravo]