Share All sharing options for: Alizé’s Mark Purdy High Tails It To San Diego on Days Off 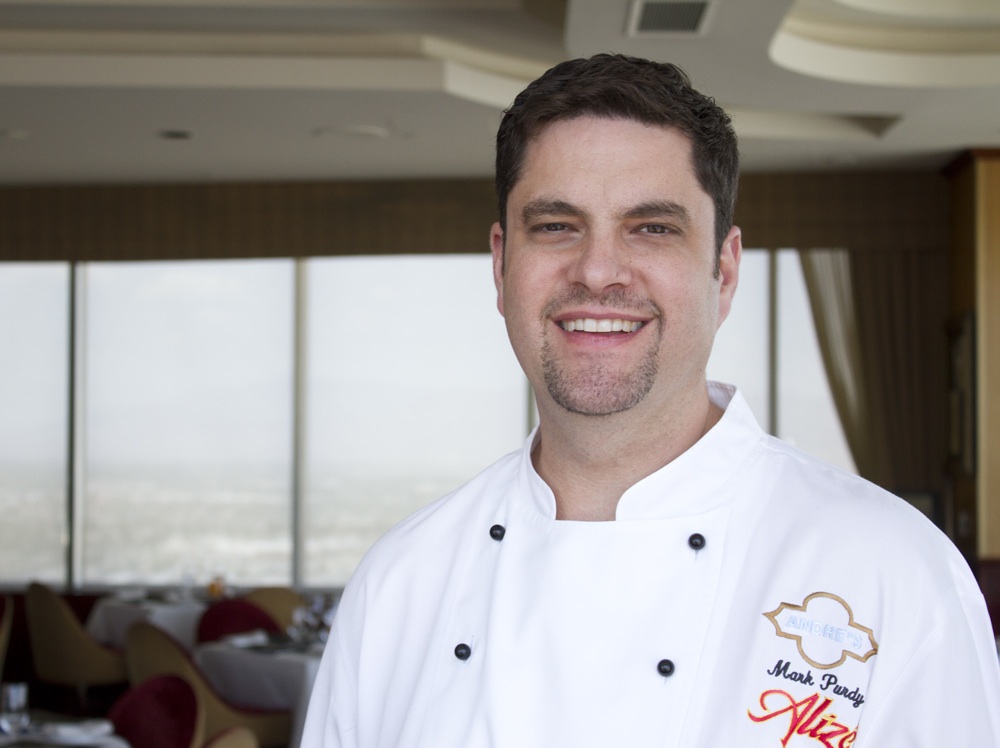 Mark Purdy’s climb to the top of the Palms started when he was 13, working as a dishwasher at a kitchen in Nantucket. A move to D.C. after graduating from Skidmore College in Upstate New York led him to Trattoria, I Matti, his first real job as a chef. Then he landed at Aureole, Charlie Palmer’s restaurant in New York where he started as an appetizer chef. He moved on to become the opening executive sous chef at the new Aureole at Mandalay Bay. Palmer tapped Purdy to be the chef de cuisine at his new Dry Creek Kitchen in the Sonoma wine country.

Instant success was for Purdy, but he wanted to return to Vegas. André Rochat recruited him as chef de cuisine for Alizé at the Top of the Palms. Rochat has become such a father figure to Purdy that he asked the legendary chef for permission to marry Tammy Alana, the pastry chef at Alizé, with a date scheduled in 2014. Here, Purdy shares his favorite places to dine in Las Vegas (and San Diego) when he has a moment off.

Where do you like to dine when you’re not working at Alizé?
Chipotle, anywhere?
Addison, San Diego?
N9NE Steakhouse, Las Vegas?

?What do you like to order there?
At Chipotle, I almost always order the barbacoa here in the form of a taco or in a bowl with rice.  Everything there is so fresh and the barbacoa seasoning is outstanding and unique.   ?

?If the Michelin Guide were present in San Diego, the Addison would have at least two stars if not three. On my last visit, I had the seven-course tasting menu, all of which was memorable, but the entree duck course was sublime. It had a tamarind lacquer glaze and tiny little dates I have never seen before or since.  ?

It’s hard to say which is more enjoyable at N9NE, chef Barry Dakake or one of his perfectly cooked rib eye steaks. I know for a fact he only buys the best and is not afraid to part ways with a vendor who is not giving him the best meats available. Served simply with a red wine sauce and twice-baked potato, it’s Las Vegas soul food.?

?Why do you enjoy eating at these restaurants?
At Chipotle, I am always amazed at how consistent the food is at these restaurants, especially given the fact that it is all cooked fresh on location. The service and the menu are so brilliantly simple, and of course the food is so fresh. I visit here a few times a month easily. Always good people watching too. Everybody loves these places.?

Observing the execution of service at Addison is like watching a Cirque du Soleil production, seemingly effortless and virtually flawless. From the moment you arrive at valet, where you are seated next to an outdoor fireplace while your car is being parked, to the parting gift of a few sweets dispensed by the maitre d' personally while your car is being retrieved, you are treated as family. I am always impressed with the waitstaff's expansive working knowledge of the menu and wines. Then, of course, there is the food. Everything is top quality and beautifully presented on the finest china. Addison is literally perfect.?