Jason Strauss on the Opening of Marquee Dayclub

Share All sharing options for: Jason Strauss on the Opening of Marquee Dayclub 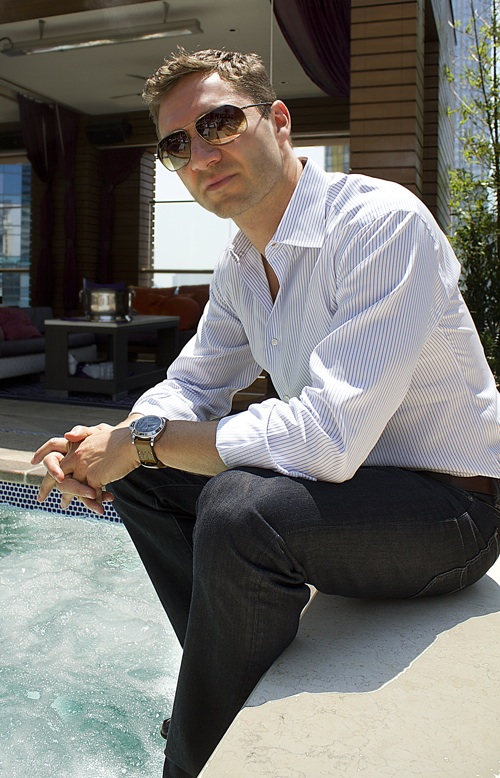 Welcome to One Year In, a feature in which Eater Vegas chats with the chefs and owners of restaurants and nightclubs celebrating their one-year anniversary.

Cosmopolitan of Las Vegas’ massive Marquee Nightclub opened to fanfare last year over New Year’s Eve, but the owners at Tao Group weren’t quite done unveiling all they had. Over Memorial Day weekend in 2011, Marquee Dayclub debuted its 22,000 square feet of pools, cabanas, daybeds and more. Deejays Above & Beyond, Fatboy Slim, Robbie Rivera and Chuckie threw a party dubbed United We Play, and since, the superstar roster continues to roll. Managing partner Jason Strauss talks about the first year of Marquee Dayclub and what it takes to keep the party going.

How did Marquee Dayclub come together?
Marquee Dayclub was a product of the overall buildup of Marquee at the Cosmopolitan. The floor plan allowed us to have an indoor/outdoor, 62,000 square feet club on the 17th floor Cosmopolitan. We wanted to monetize the space so we could have a venue by day and night. And at night it’s an extension of the nightclub

What changes did you have to make to the space?
We made a lot. We have 10 cabanas that we renovated since the opening, making it more luxurious, more plush. We have a brand new LED system when we have our deejays. We can show live shots of the deejays from different camera angles so it almost has a festival feeling. We added bars, a daybed area, Pyro foggers, snow machines, bubble machines. It’s truly like a mini Coachella happening on the roof deck.

You opened Marquee in December 2010, and Marquee in Sydney in March. How difficult was that?
We’ve had a dramatic amount of growth. At Dream Hotel in New York, we’re handling five hospitality venues within the hotel. And we’ve had a dramatic amount of growth. It’s always challenging but our biggest success is in incubating management to take that growth over in the existing properties.

How is running a dayclub different than a nightclub?
In philosophy, it’s the same, putting hospitality first. Obviously you have to deliver a different type of experience.

What did you learn?
For us we tried a lot of programming initially to see what would work at the Cosmo on Fridays, Saturdays and Sundays, seeing what works — what kind of music, which deejay, because it’s not always the same during the daytime and nighttime. We had an opportunity to partner with Insomniac on Sundays to create Wet Wonderland. It’s a fantasy mini festival experience every Sunday.

What was the cocktail testing process like?
We have a 3,200 staff in Vegas and our beverage management team is first in class. They filtered the drinks and cocktails and we signed off on everything. We have the top in class in beverage. So credit to them.

Has Las Vegas embraced Marquee Dayclub?
I would say yes. From year one to year two we’re up 30 percent in the number of people through the door. Everything from the demand for cabanas and daybeds has increased.

Six months in, what changed?
We learned a lot. This was a new venue, so we learned everything from where an ice bin should be to the waitresses and management team’s work expectations of the space. You really don’t know true capacity of the space and the staffing until six months in.

Does it seem like it's been a year?
Openings are always emotional and a lot of work, so it feels like it’s been a year. We’re happy where we are.

What's on tap for the future?
More exciting partnerships like Insomniac since we’ve had such success. We’re building a major truss system for acrobatics over the pool. We’re upping the game with artistry at the pool. We’ll be adding new areas to the pool including double deckering cabanas and looking at additional space to expand the pool.
· All Coverage of Marquee [~ELV~]
· All Coverage of One Year In [~ELV~]
Jason Strauss [Photo: Chelsea McManus]