The Ultimate Food Fight Comes to Bally’s This Fall

Share All sharing options for: The Ultimate Food Fight Comes to Bally’s This Fall 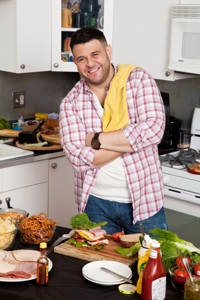 The whole Strip is going to smell like barbecue come November. Now the World Food Championships says that Bally’s Las Vegas will be billed as the official host of the four-day food festival and cooking competition hosted by Adam Richman from Man v. Food: Nation and Adam Richman’s Best Sandwich in American.

Paris Las Vegas and Caesars Palace also get barbecue, and other dishes, all over themselves during the foodie event that pits food champions from across the United States against each other for a prize pot of $300,000. Contestants will compete with chili, burgers, sandwiches and side dishes, while there will also be a Champion’s Challenge with winners from an online competition and a Chef’s Challenge, open to some of the best chefs in America.

Those seven category competitions will throw down Nov. 2-3 at Bally’s Las Vegas. People’s Choice and VIP opportunities are splattered about near the Strip and at Paris Las Vegas.

But the big event comes on Nov. 4, when each of the champions from the seven categories will face off at the final table in front of Caesars Palace. A panel of seven celebrity and culinary judges, including World Food Championships spokesman Adam Richman, will pick the winner of the big prize.

For more information, head over to www.worldfoodchampionships.com.
· All Coverage of the World Food Championships [~ELV~]
Adam Richman [Photo: The Travel Channel]