Share All sharing options for: Scott Conant of Scarpetta and D.O.C.G. Enoteca 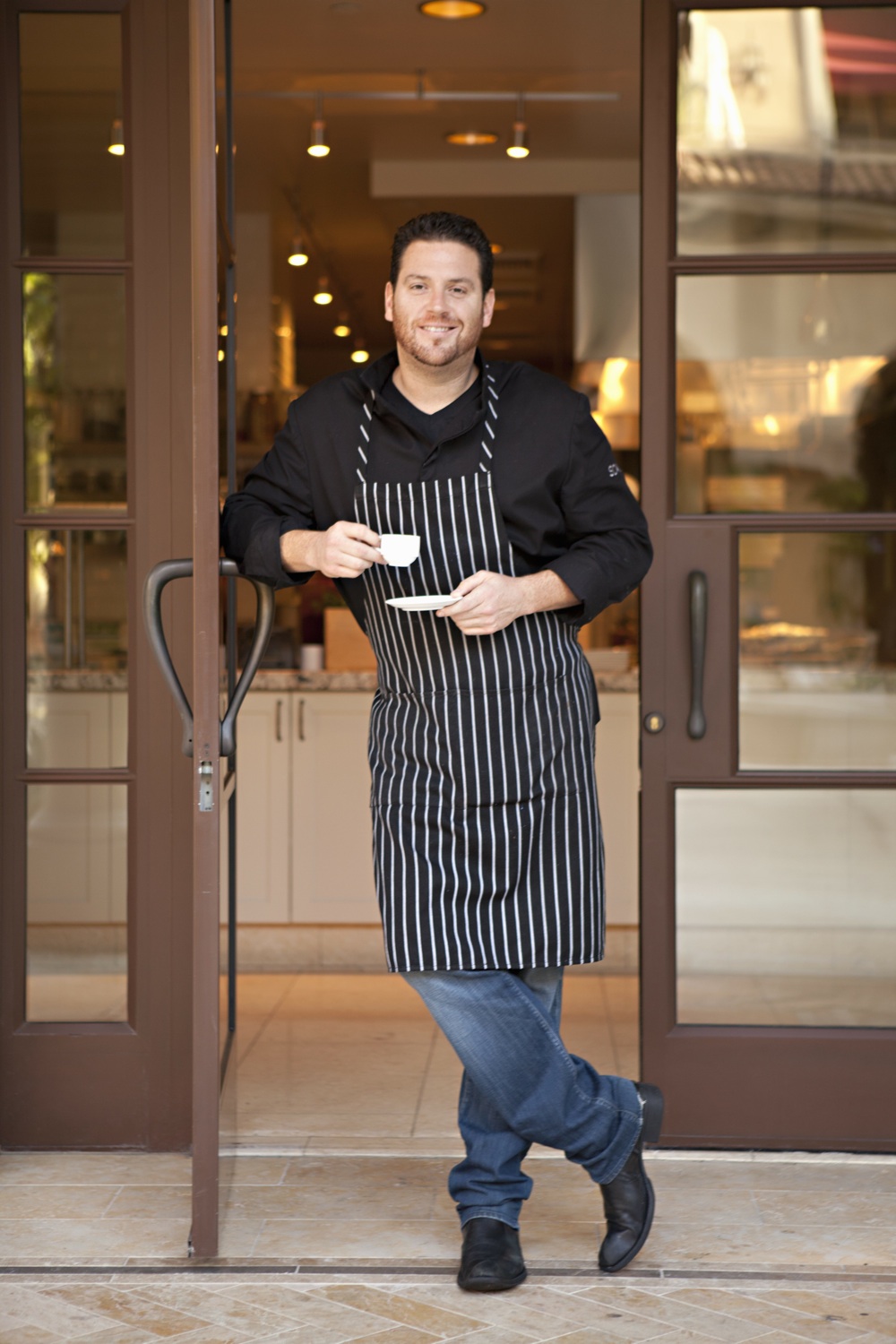 You might know Scott Conant from his numerous television appearances on Top Chef, the Today Show and Good Morning America. He even had his own show 24 Hour Restaurant Battle that aired for two seasons on the Food Network and appears regularly on the Food Network's Chopped as a judge. Or you might know the chef from his two Italian restaurants, Scarpetta and D.O.C.G. Enoteca that sit side-by-side at Cosmopolitan of Las Vegas. Here's betting there are at least 10 things you don't know about the chef, who shares some tidbits about himself here.

1. I'm a HUGE Yankees fan. As a kid, I looked up to Thurman Munson most and played baseball as a catcher.

2. I eat at least one avocado a day. I love the texture of it and it's also a great vehicle for flavor.

3. I married my best friend in the world.

4. I read....a lot. My favorite writer is Milan Kundera. My favorite book is The Fountainhead. Eastern European and Russian authors are my personal favorites.

5. The one thing in a restaurant I can't tolerate is a staff that isn't thoughtful toward the guest. Be it the food or the service...

6. I've never done any illegal drugs. I don't judge people for it; it's just not my style.

7. For all the emotions I've ever felt, I didn't know what love was until my first daughter was born.

8. I don't view myself as successful although I've had a few successes; I've been doing this full time since I was 15 years old, I've been broke multiple times. At the end of the day, there's something to be said about creating the life that you want to live. Ultimately, I'm still a cook just pursuing my dreams.

9. Of all the religions and spiritual teachings I've learned and followed, Buddhism has resonated with me the deepest.

10. Despite what they make me out to be on television, I swear I'm a really nice guy in person!