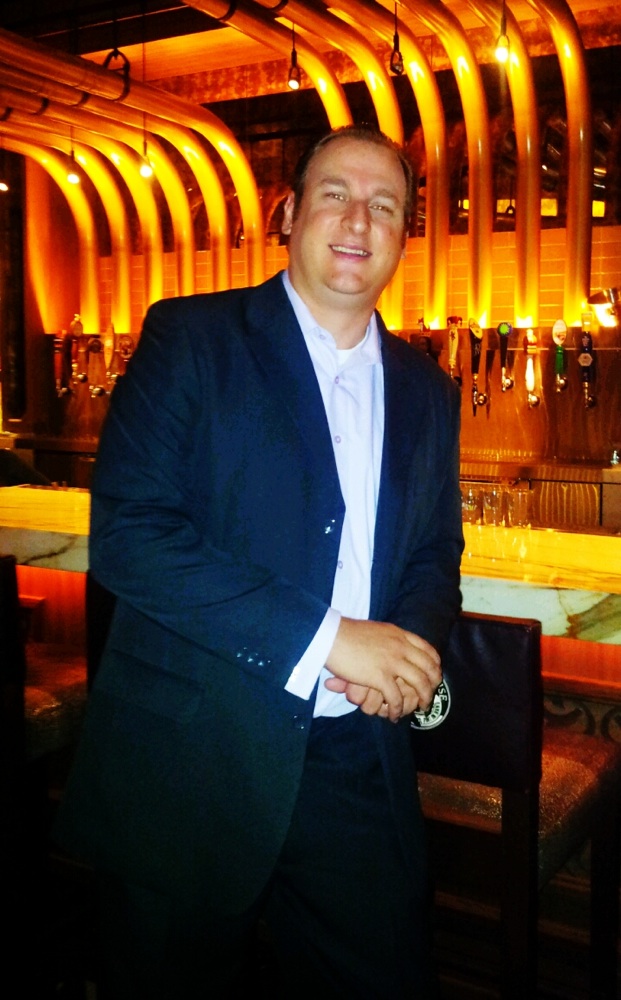 Mark Del Monte has a pretty cool job as the general manager and beer cicerone at Public House at the Venetian. In what seems like another lifetime, he managed Lakeside at Wynn Las Vegas before he joined Block 16 Hospitality to manage Public House. Del Monte is also a certified beer server, which comes in handy given Public House's 200-plus beers. Here he shares 10 things you might find out about him if you sat down to have a beer.

1. I got my culinary degree in Baltimore.

2. I got my first meat cutting apprenticeship in Pocatello, Idaho.

3. I co-owned a restaurant in Cleveland called Vinea, which means vineyard in Latin.

4. I love singing karaoke. That's how I met my wife.

5 I followed the Grateful Dead around the East Coast for a summer.

6. I received my level 1 Cicerone certificate to be a beer sommelier.

7. I have a three-foot long platinum koi fish named Marilyn after Marilyn Monroe.

8. I was born in good old Cleveland.

9. I hate the Steelers, Ravens, Michigan Wolverines and LeBron James.