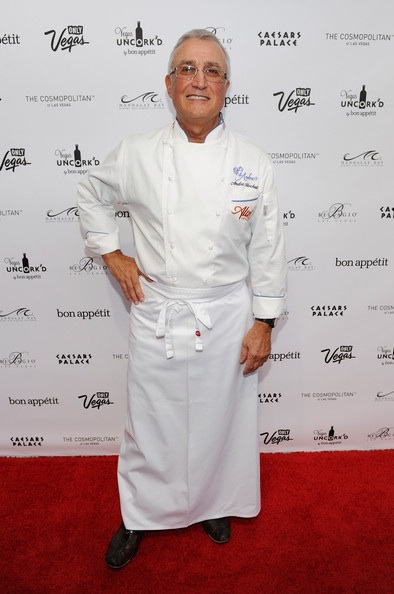 Andre Rochat came to America with little more than $5, a bag of knives and a dream to become a chef in 1965, landing in Boston. His journey took him up and down the East Coast to Boston's Charter House, Washington's Mayflower and later as in-flight chef for United Airlines. Then Rochat headed to Vegas, and in 1973, noticed the city lacked an authentic French boulangerie, so he opened Savoy French Bakery. Seven years later, long before the Wolfgang Pucks and Emeril Lagasses opened their restaurants on the Strip, Rochat brought Andre's to Downtown Vegas, dubbed the nicest place to take someone. Now he has Andre's at the Monte Carlo and Alize atop the Palms. Here, he shares 10 things you may not have known about the French chef.

2. I love fishing and hunting. I just returned from Alaska fishing salmon in the rain and 50 mph winds and loved it.

4. I am actually very shy until I have to deal with politicians or bureaucrats.

5. I think heaven on Earth is this world without politicians and bureaucrats.

6. I love classical theater and plays but rarely enjoy them as we all work primarily evenings and weekends in my business.

7. I believe life is too short to drink bad wine.

8. I hate the fact that there are no more cooks but only chefs.