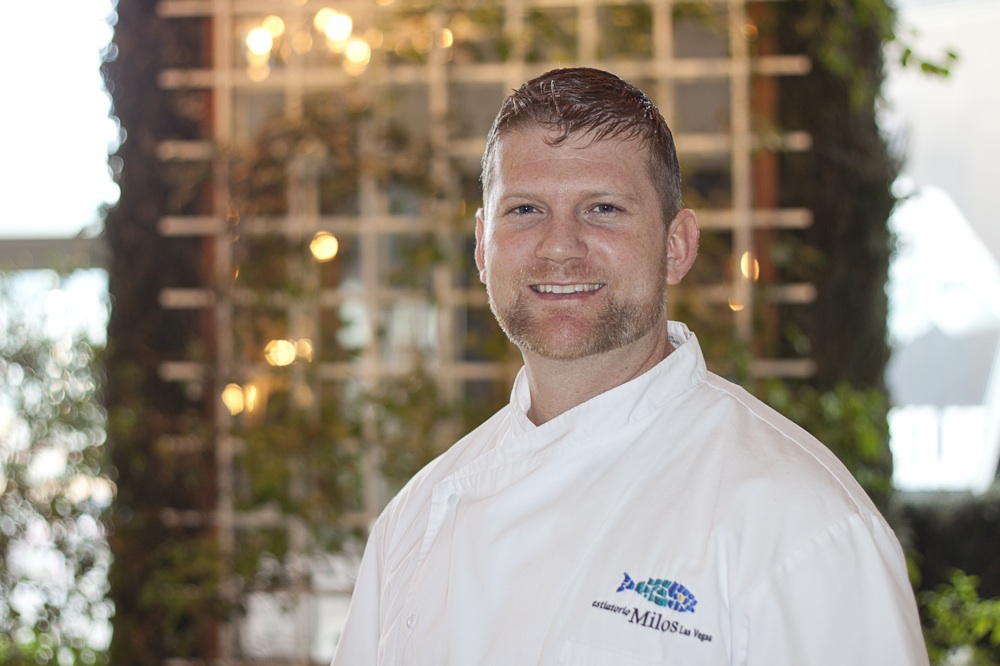 Tyler Bringhurst grew up with overcooked chicken and burned toast, so naturally he became interested with the world of fine dining. Bringhurst's second job at a restaurant in Cedar City, Utah, moved him up the ranks from dishwasher to kitchen manager by age 17. His first internship after attending Le Cordon Bleu in Scottsdale, Ariz., was as an intern at Seablue at the MGM Grand, where he met chef Josh Smith. Later he joined Smith at Estiatorio Milos at the Cosmopolitan of Las Vegas, where he's been executive chef since 2011. Here he shares some of his favorite spots to dine when he's not working with fish.

Where do you enjoy eating when you're not working?
Some of my favorite restaurants include Bouchon, Raku and Le Cirque.

What dishes are most memorable?
Raku does a foie gras dish that is amazing and simple. It is just seared foie on top of shaved lettuce and white rice. I love it! I order it every time I go.

Bouchon's brunch is great because I get to order chicken and waffles. The combination of sweet and savory is like a party in my mouth with chicken cooked to perfection, a mushroom gravy, a waffle with chives in the batter and to top it off with warm syrup, one of my favorite condiments.

Le Cirque's food is amazing from start to finish. Nothing really sticks out in mind, because it was all good. From the bread that they start you out to their desserts. I also love the decor and service there. It is no wonder they are considered one of the best restaurants in Vegas.
· All Coverage of Milos [~ELV~]
· All Dining Confidentials [~ELV~]