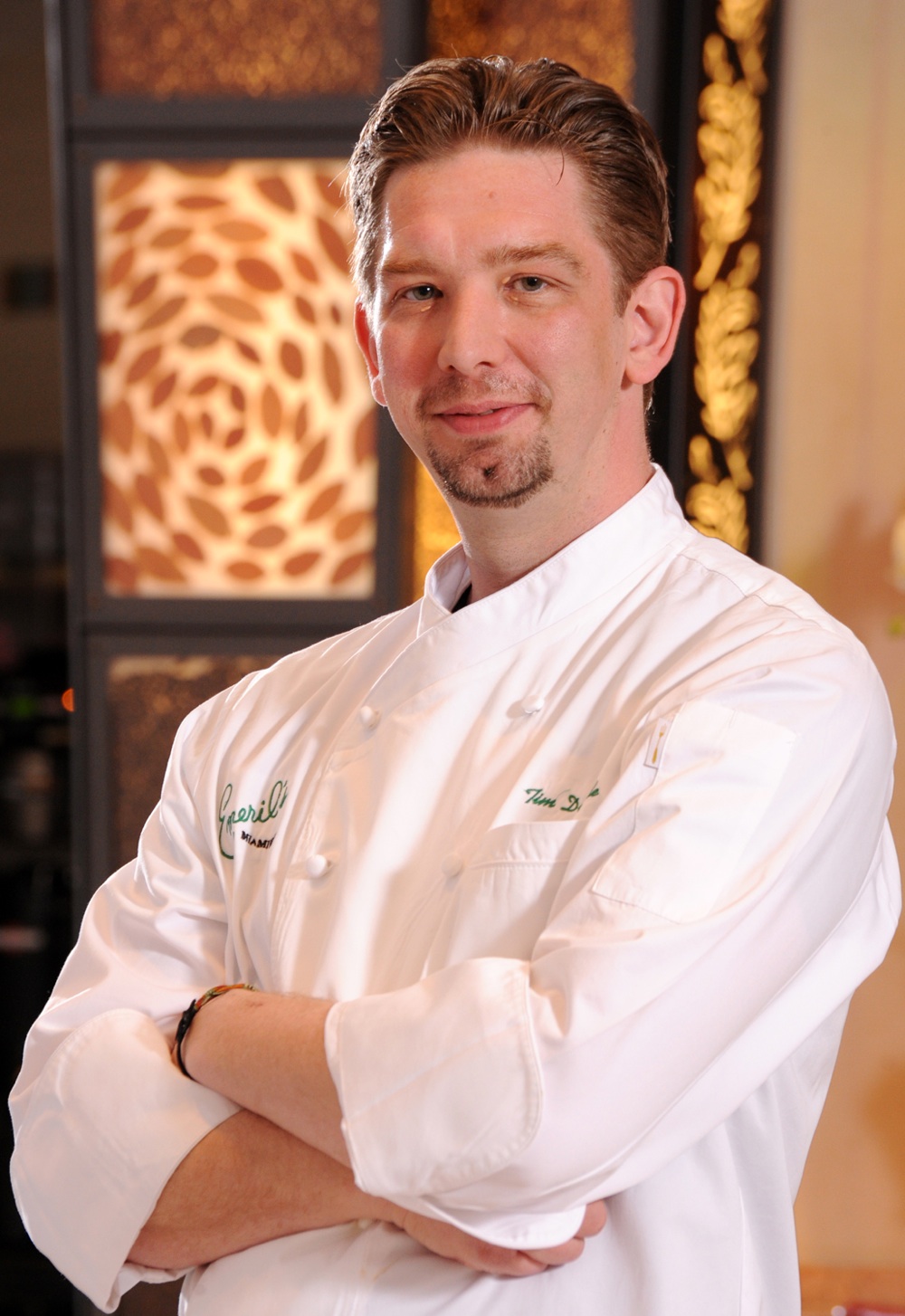 Serendipity led Tim Doolittle to move from Kansas City, Mo., to overseeing Postrio, Wolfgang Puck's restaurant at the Grand Canal Shoppes at the Venetian. He had a friend who happened to know someone working there. So he left his former life heading up KC joints such as EBT, the Stolen Grill, Joe D's Wine Bar, Cafe Allegro and City Tavern. Then Doolittle moved on to work with another celebrity chef, Emeril Lagasse, as the chef de cuisine at Emeril's Miami Beach. Now he heads up Table 10, Lagasse's restaurant at the Shoppes at the Palazzo. Here, he shares his favorite places to dine in Las Vegas.

Where do you enjoy eating when you're not working?
I tend to eat at places that offer honest food that I can connect with. Lately, I have been finding myself at Le Thai downtown, Casa Di Amore on Tropicana and Due Forni.

What dishes are most memorable?
Le Thai has a terrific chicken wing starter (and I hate wings) and garlic fried rice like none I have ever had. Casa Di Amore has my favorite Caesar salad, and Due Forni has a truffle pizza with egg that is hard to resist.

Why do you enjoy going there?
Le Thai is clearly a menu that Daniel (the chef) feels a connection to. He is not scared to offer traditional items, nor is he content to think exclusively in those traditional terms. The result is divine.

Casa Di Amore is the type of place you can find in any city, but usually there is only one in each city. Whenever I am home in Kansas City, I eat with my Dad at a place similar to Casa Di Amore, it is comfortable and somehow satisfying in a way that is rare. Service is terrific, too.

Due Forni to me is a study in simplicity, the cornerstone of Italian food. Carlos Buscaglia does more with two simple ovens than most cooks can do with a whole kitchen of high-tech equipment. That is a true testament to skill and honesty. He is a craftsman.

It is important to have a dining partner. I am lucky to have an adventurous and fun companion in my fiancée, Claudia. She makes dining a joy.
· All Dining Confidentials [~ELV~]
Tim Doolittle [Photo: Rob Camarena]