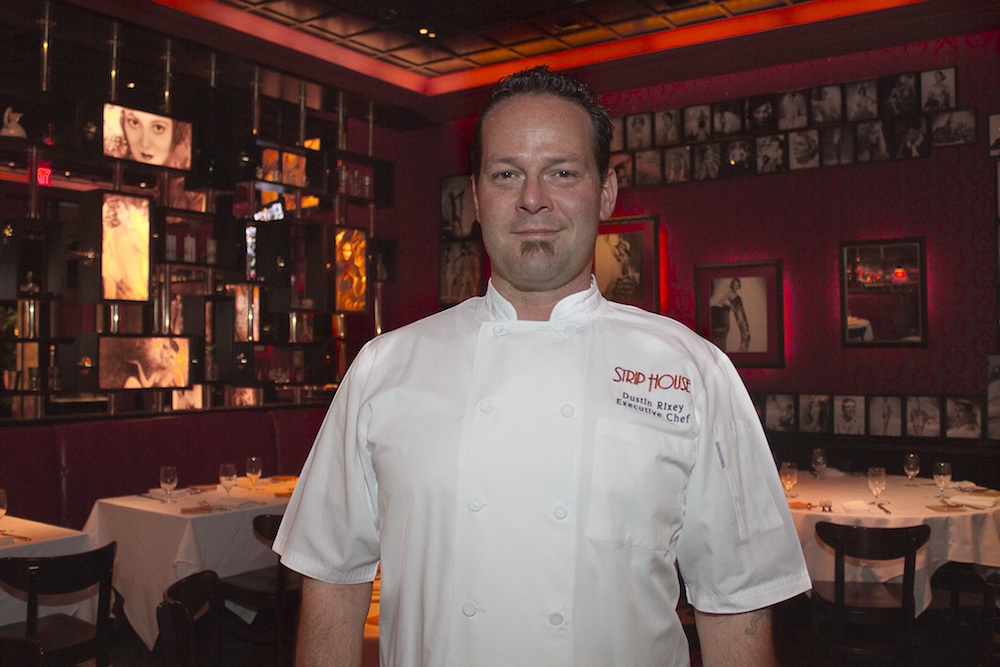 Dustin Rixey spent his boyhood summers in the family garden of New Mexico. Food didn't find him quickly. First he spent a few years in Vail, Colo., as a snow boarder sponsored by K2 and Quicksilver. Then he returned to New Mexico, where he was a member of the opening team at the Hyatt Tamaya as a sous chef at the Corn Maiden. After two years Rixey was on to his next adventure at Clementine, a boutique restaurant and bar in Greenwich Village. From there, he moved on to Nectar at the Bellagio. Now the snowboarder-cum-chef is the executive chef at Strip House at Planet Hollywood Resort. Here he shares his two jobs before getting in the kitchen, his thriller hobbies and more.

1. I was once a professional snow boarder.

4. For a little over a year, I worked on Wall Street for Morgan Stanley Investment Banking in the private client service department.

5. Rock climbing is a hobby of mine. My favorite spot in Las Vegas is Red Rock National Park.

6. Another interesting hobby I have is fly fishing.

8. I have a Jeep that I like to take out four-wheel driving.

9. I started skateboarding as a kid and have continued doing so to this day. I know some old school lip tricks in the half pipe.