Manny Vargas Returns to His First Job on Nights Off

Share All sharing options for: Manny Vargas Returns to His First Job on Nights Off 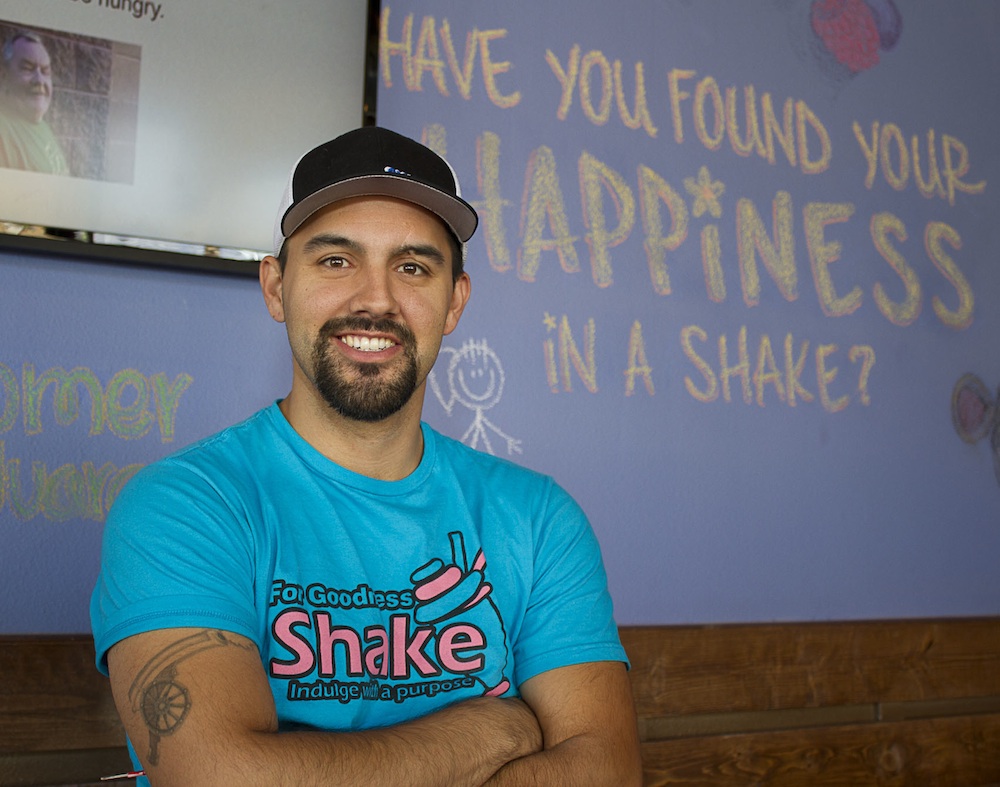 Born and raised in Las Vegas, Manny Vargas was on track for a career in baseball when injuries sidelined him. He returned to the city after attending the University of San Francisco to work at Fiamma at the MGM Grand. He became a server assistant supervisor at Ruth's Chris Steakhouse in Los Angeles before moving on to the Beverly Hills Hotel. Later he returned to Vegas to study finance at UNLV and worked at BOA Steakhouse at the Forum Shops at Caesars, Tryst at Wynn Las Vegas and XS at Encore Las Vegas and later became a co-owner of both Chicken Bonz locations in Las Vegas. His latest project, For Goodness Shake, his shake emporium that gives back to Three Square Food Bank with every purchase. Here he shares some of his favorite local restaurants to frequent.

Which restaurants do you turn to when you're not working?
When I do have the opportunity to dine out, the first of which I like to frequent is Fiamma at the MGM Grand. This also happen to be where I had my first restaurant job several years ago.

Sammy's Woodfired Pizza & Grill is also a place that has my attention. My girlfriend and I have spent many happy hours here enjoying a majority of the menu.

Last would have to be some Mexican dishes of at Lindo Michoacan.??

What dishes are most memorable?
Fiamma has this raviolini with braised short rib filling the inside and it's absolutely to die for.

Sammy's has some excellent duck tacos that always end up as one of my selections, and well, Lindo Michoacán has everything, and every time I go there I get something different!? ?

Why do you enjoy going there?
Atmosphere, service and price, and all can be frequented for different occasions which is awesome!
?· All Coverage of For Goodness Shake [~ELV~]
· All Dining Confidentials [~ELV~]