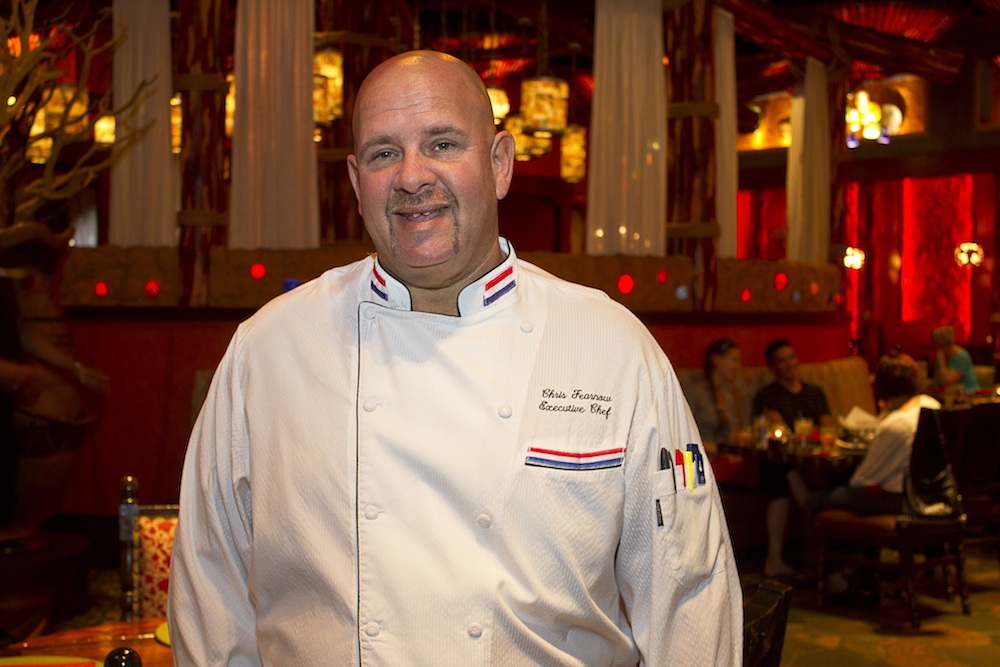 Chris Fearnow developed his love for food at an early age helping his parents out at a coffee and sandwich shop they owned. He went to the Nate Hart Cooking School at Caesars Palace, where he studied European cooking. Over the years he's worked at Larry's Old Ranch House, the Stardust, the Mirage, Bellagio, Mandalay Bay, the Resort at Summerlin, Texas Station and Green Valley Ranch. He was on American Casino, the Discovery Channel reality show, and the Food Network's Meat on the Bone, as well as a judge on Hell's Kitchen and hosted Rahman "Rock" Harper at Terra Verde inside Green Valley Ranch after he won season three of the show. Now he's the executive chef of the Silverton, where he's "making guests happy with food, whether with a 99-cent hot dog or a nine-course chef's tasting menu at $300 per guest. Here he shares three of his more-off-the-beaten path restaurants he frequents on days off.

Which restaurants do you turn to when you're not working?
Dom DeMarco's, Capital Seafood on the second level of Ranch 99 market and Pho Kim Long.

What dishes are most memorable?
Dom DeMarco's has the greatest pizza in the world. They have New York-style thin crust and Sicilian pies. They use awesome ingredients, and have the best meatballs in town, Mediterranean salad to die for, baked ziti, capellini pomodoro, a wonderful wine list and friendly servers, bartenders and cooks with a beautiful garden area and Sunday Brunch with their famous porchetta. To die for.

Capital Seafood has the real feel of Asian cuisine with a great crispy duck along with authentic Chinese dishes from soup to chow fun, whole steamed fish, Hong Kong-style chow mien and friendly prompt service. It's an awesome experience that hits all the senses.