Share All sharing options for: Wayfarer Bar Aims to Inspire on Fremont Street

Michael Cornthwaite and his Future Restaurant Group are going mid-century with their Wayfarer Bar at the under construction Inspire Theater. Eater Vegas had earlier speculated the Downtown Cocktail Room owner's upscale cocktail concept would be well suited for the future Ferguson's Motel remodel. But the small bar with an impressive view is headed to the first floor of the mixed-use theater complex from Zappos CEO Tony Hsieh. 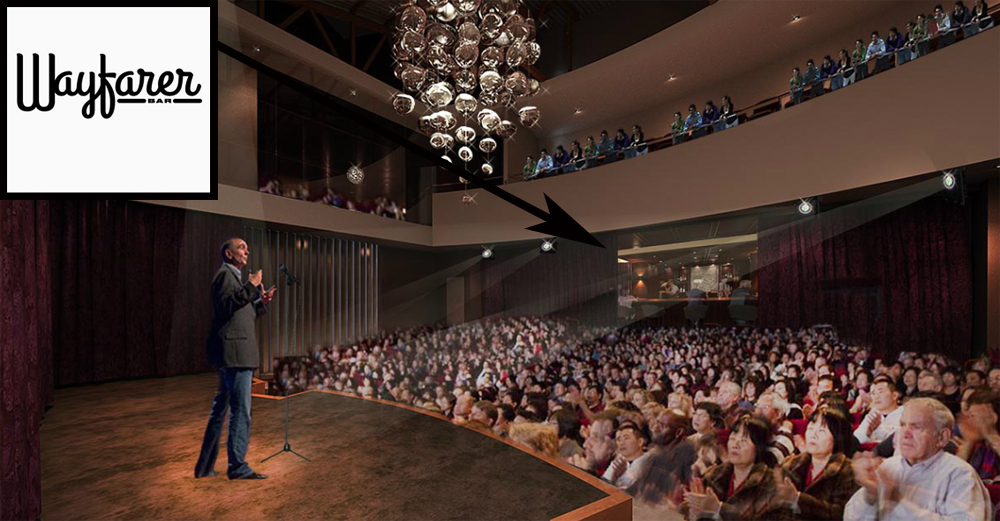 The Inspire Theater was first presented for planning commission approval in July 2012 with the hope the prominent East Fremont location would become a focal point for creativity. The building will also host the Inspire News Cafe featuring an international newsstand and a rooftop bar called The Roof, both to be run by Cornthwaite. The layout has multiple pockets of co-working space and, at its heart, a 150-seat theater that can be adapted for lectures, film showings and music performances.

Early presentations to the city indicated the unnamed bar would occupy 540-square-feet on the first floor with a large open window looking out into the theater. Hsieh's Downtown Project redevelopment company bought the building for $4.1 million in March 2012 with the express purpose of bringing a theater space downtown. 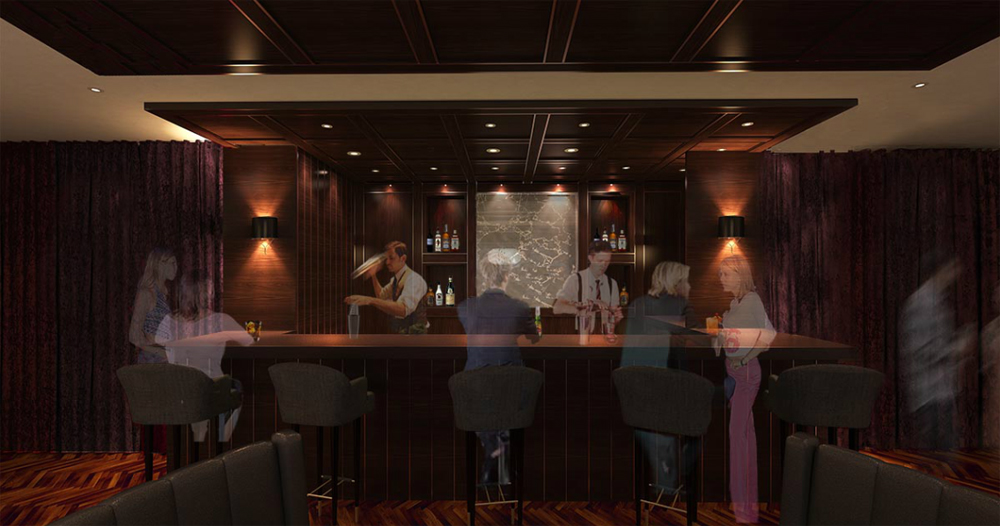 Renderings by project architect Craig Sean Palacios released during the ongoing construction suggest the lounge will feature some of the best and most desired seats in the house.