Share All sharing options for: Updating the $100 Million Tropicana Makeover

The huge, unexpected, but fast-tracking makeover of the Tropicana Las Vegas now has a price tag and a timetable for completion. As first revealed by Eater Vegas the entire frontage of the Tropicana will be transformed into a 275,000-square-foot, two-level, enclosed shopping mall stuffed with new retail, a food court and Strip-facing restaurants all designed with an "energetic South Beach architectural theme. 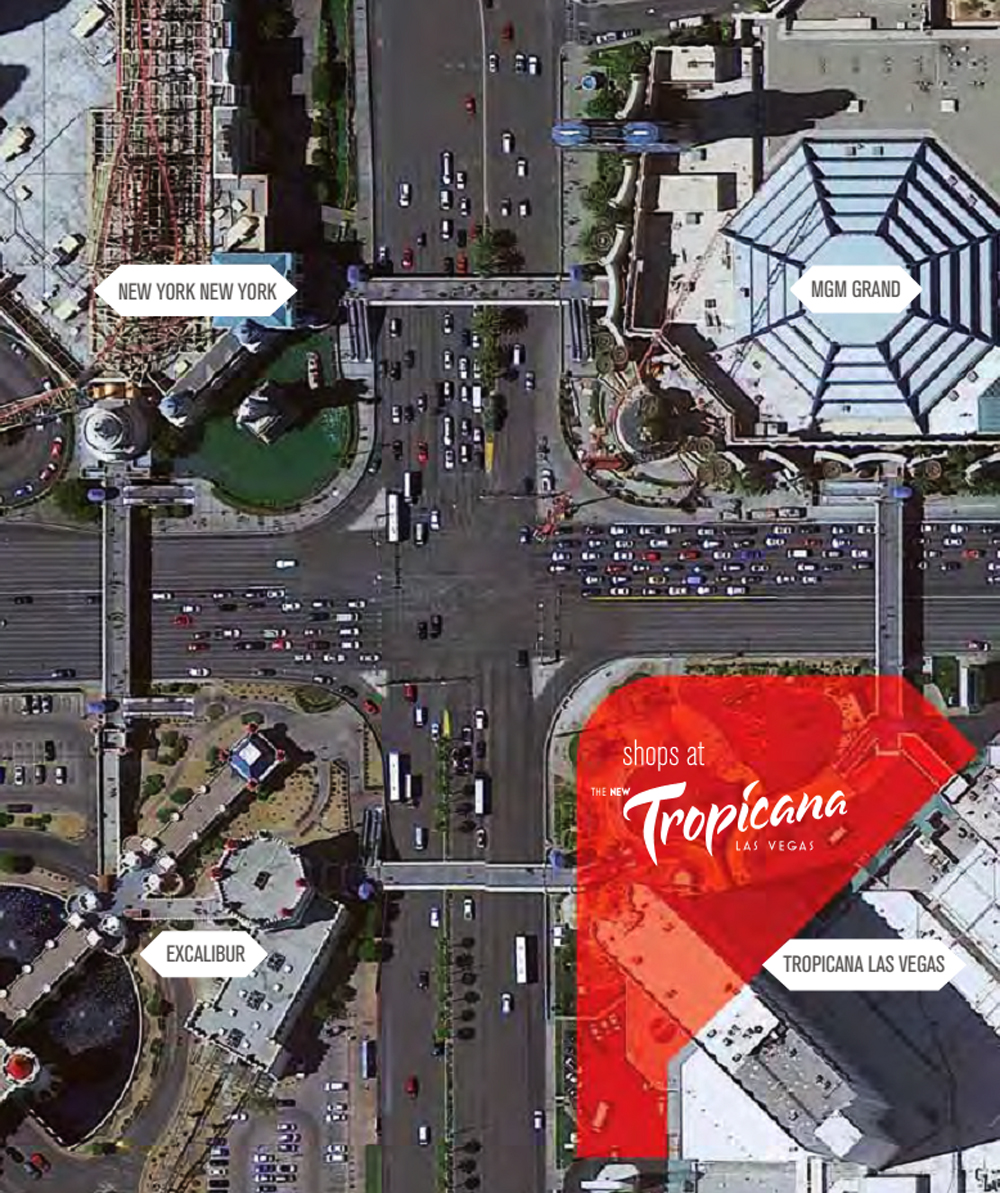 Tropicana chairman and CEO Alex Yemenidjian appeared before a unanimously supportive Clark County Zoning Commission to help push the approval process to the next stage. He explained the budget would be $100 million with ground breaking planned for the first half of 2014 and, "god willing," a completion date at the end of 2015. The mammoth changes would create appropriately 200 construction jobs and an estimated 200 to 300 permanent jobs within the retail complex.

The early approval stages are addressing local regulations, including the width of sidewalks, number of available parking spaces and the creation of a new bus "inlet" on Tropicana that will take buses off the very busy street while passengers board. The spot receives 250 buses a day, serving 48,000 visitors.

The two existing pedestrian bridges will remain and lead guests walking from Excalibur or the MGM Grand directly inside the mall.

National retail real estate experts RKF are spearheading the leasing of more than two dozen stores and a large pharmacy to become their anchor tenant.