Sugar & Ice, the sweet and savory casual eatery with bonus waterfall patio views at Wynn Las Vegas, has shuttered. The illuminated sign has been removed from the front entrance and a temporary note promises, "We are working something very special." A ghost link still exists to the gelato spot's web page, but it has been removed from the resort's Website directory. Sugar & Ice dates back to opening of the resort in 2005. In 2009 it changed its name to Pizza Place, before flip-flopping back to its original name in 2012.

Around the property other visible changes are taking place, include a makeover of the botanical garden atrium by famed designer Preston Bailey. 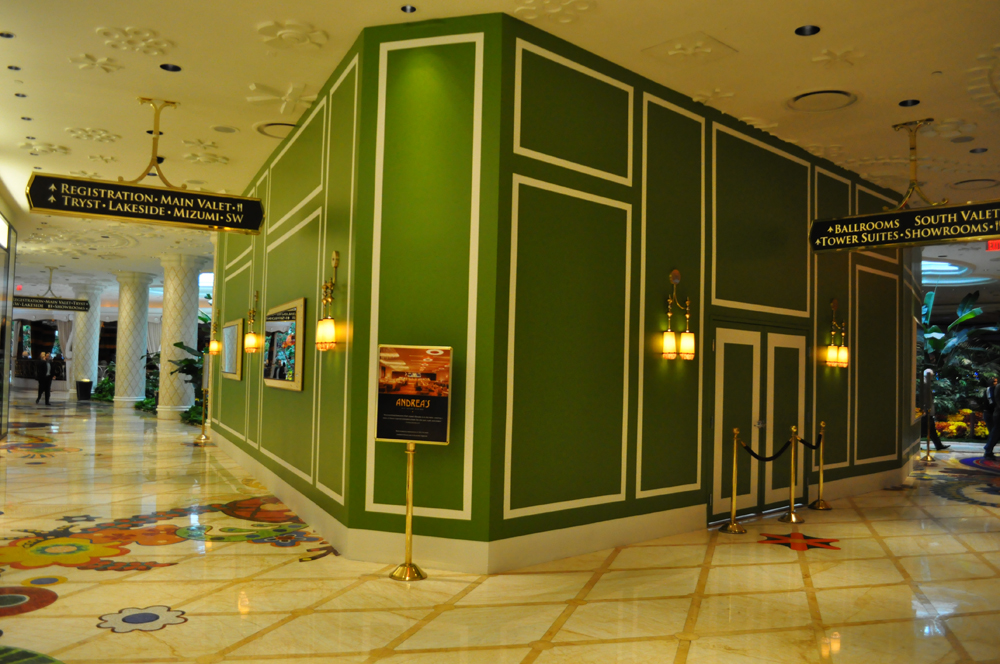 Two sections of the resort's casino floor gardens are hidden behind tasteful plywood and are being re-modeled by Bailey, who specializes in elaborate event design and art installations with a floral focus. Construction has a publicly declared valuation of $1,300,000. The new additions will include mechanical displays. 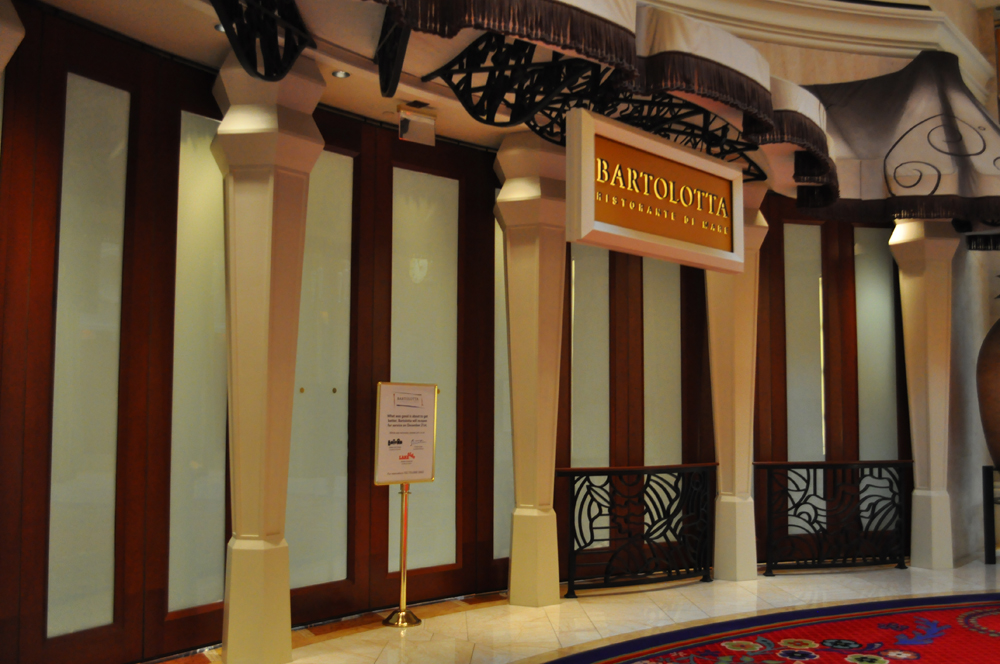 Nearby, Bartolotta Ristorante Di Mare is undergoing a six figure upgrade to their public areas. Despite menus still on display outside, the restaurant from chef Paul Bartolotta will be closed until Dec. 21. 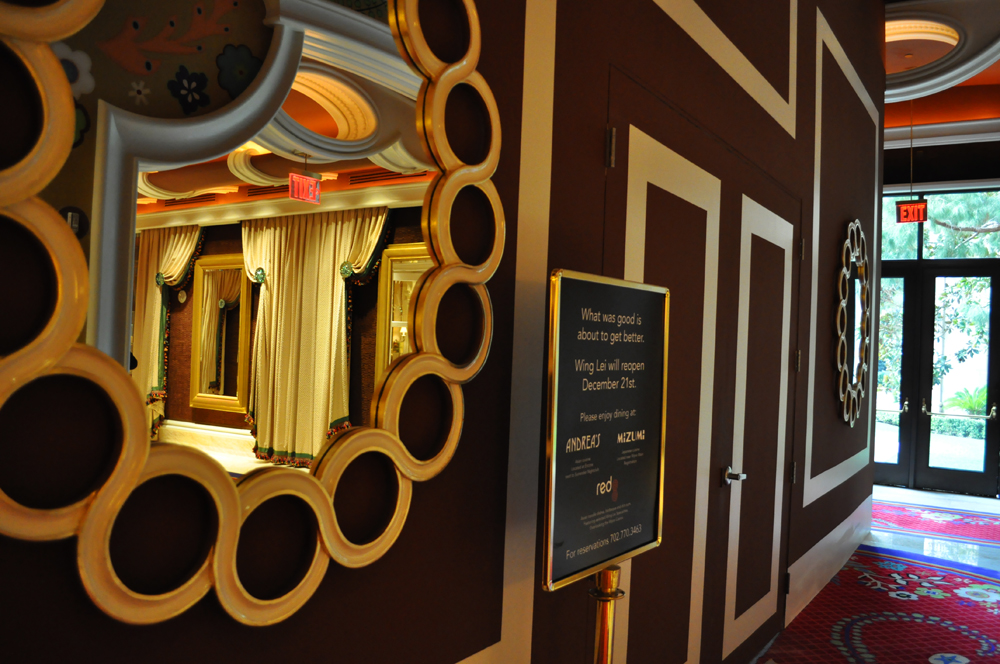