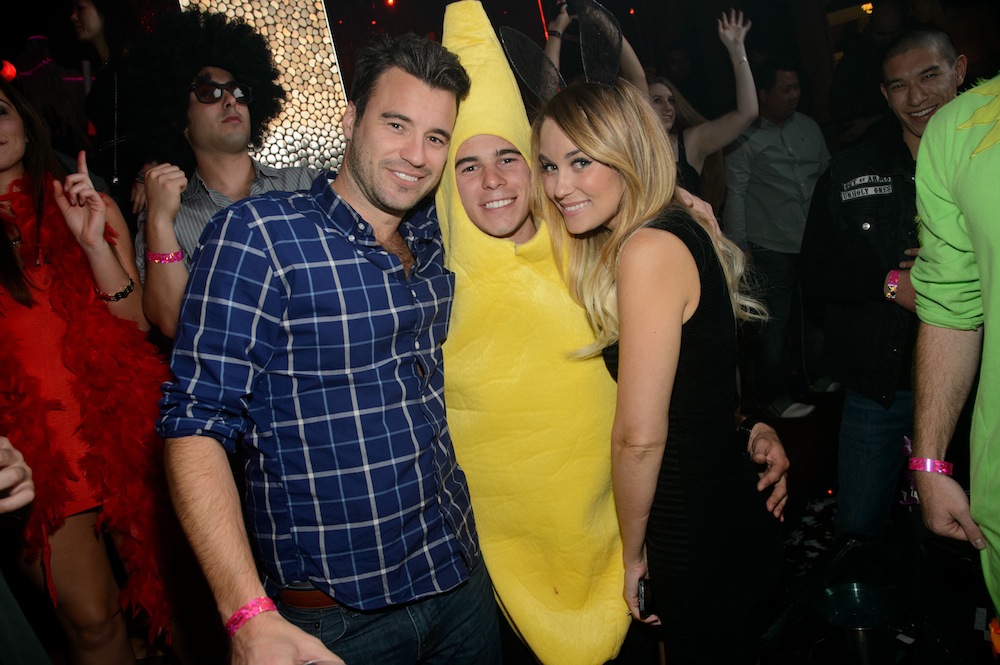 Comedian and HBO show host Bill Maher was spotted with a friend in the lounge at Andrea's at Encore Las Vegas on Saturday night. [EaterWire]

Television personality Lauren Conrad took her brother Brandon Conrad to Tao at the Venetian celebrate his 21st birthday on Friday. Accompanied by fiancé William Tell and her brother's friends, Lauren and the group kicked off their evening with a variety of dishes at Tao Asian Bistro. [EaterWire]

Celebrities Nicolas Cage, Carrot Top and Vince Neil dined at La Comida on Thursday night to celebrate the start of Halloween weekend with their significant others. Cage arrived with his wife, Alice Kim alongside Strip headliner Carrot Top and rocker Vince Neil, who was accompanied by two girlfriends. [EaterWire]

Country singer Shania Twain was spotted with a guest eating a late lunch on Monday at Wolfgang Puck Pizzeria & Cucina at The Shops at Crystals. Twain and her guest ordered a butter lettuce salad, an onion pizza, and an eggplant pizza. [EaterWire]