The Wheelhouse Windmill Hits Some Turbulence

Share All sharing options for: The Wheelhouse Windmill Hits Some Turbulence

Early progress on The Wheelhouse tavern and event venue on East Fremont will be stalled for another month. As first revealed by Eater Vegas, the ambitious remodel of a former dry cleaner and the Western RV Park offices will include a tavern, lounge and an outdoors, two-level entertainment plaza. All powered by a 90-foot windmill. 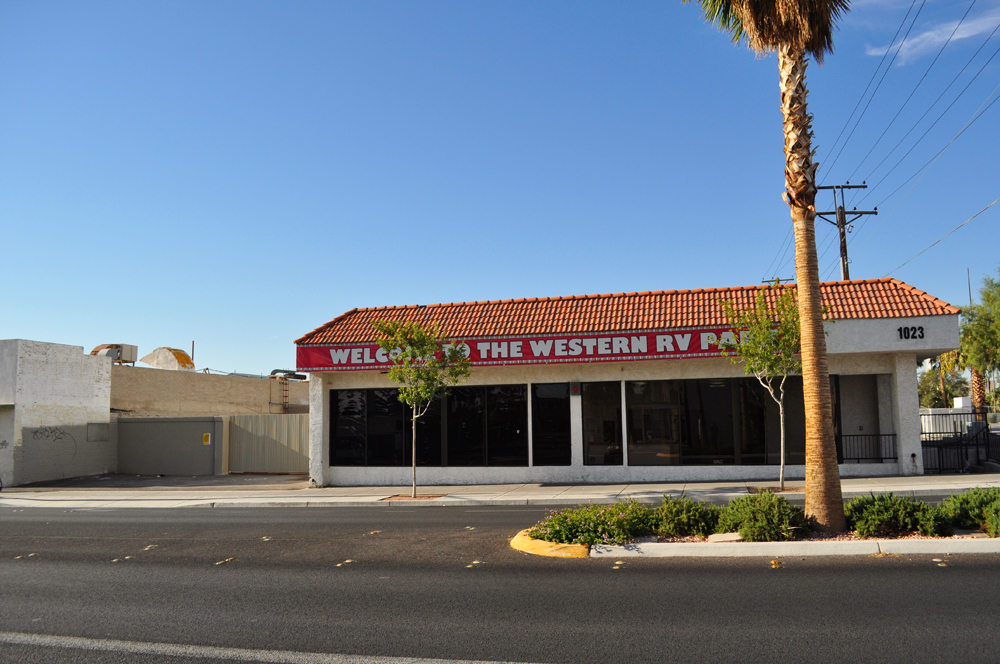 The ambitious venture, described as a "neighborhood bar and stage," will create a 14,563-square-foot tavern next to the under-construction Bunkhouse Saloon remodel and across the street from three bars to be built inside the shuttered Ferguson's Motel. All of these properties are owned by Zappos CEO Tony Hsieh's Downtown Project.

The former Society Cleaners will be transformed into a 4,181-square-foot bar and restaurant with room for 116. Next door, a 2,396-square-foot lounge and 274-square-foot "gift shop" will take over part of the offices of the former Western RV Park. In the space between the two buildings, behind a new screen wall on Fremont, will reside the permanent outdoor stage. A 6,511-square-foot courtyard will complete the scene.

The corner entrance will feature new ornate, decorative accents and the walls will receive a painted brick finish. New landscaping will be added to the surrounding 11th and Fremont St. sidewalks.

Towering over it all will be a 90-foot, electricity generating windmill to help power the entire facility. The startling height of the 12-blade windmill is a cause of contention with staff of the City's planning commission, who are recommending a denial of permission to construct such a lofty structure. A November hearing on the matter has been postponed by The Wheelhouse owners for another month. The Downtown Project bought the site and its adjacent lot for a very pricey $7,900,000 in September 2012.
· All Coverage of The Wheelhouse [~ELV~]
· All Coverage of Downtown Project [~ELV~]
· All Coverage of Downtown [~ELV~]