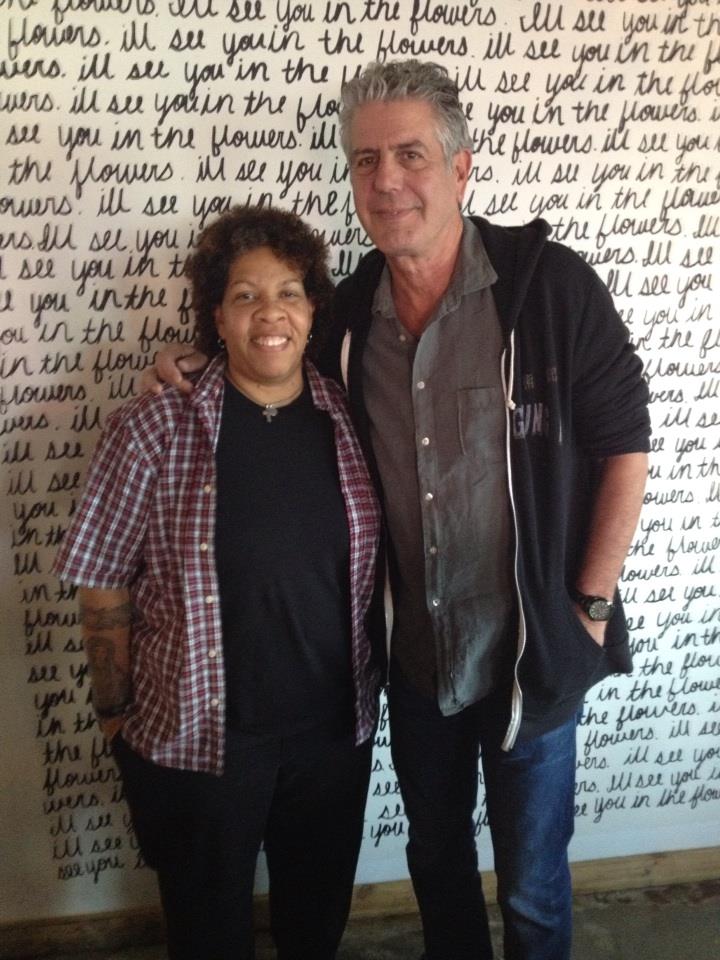 Let the Anthony Bourdain stalking begin. The host of CNN's Parts Unknown is in Vegas for his live retrospective of season two of the series and shooting for season three.

Today he was spotted filming at Natalie Young's Eat.

Other known tidbits: He will be at Atomic Liquors on Sunday at 7 p.m. for the look back at season two of Parts Unknown, and that event is open to the public. Chef Marcus Samuelsson, Treme and The Wire star Wendell Pierce, LA chef and author of upcoming memoir LA Son Roy Choi, comedian Bonnie McFarlane and CNN anchor Don Lemon will all be on hand for the episode, dubbed Parts Unknown Last Bite, airing at 10 p.m. EST, following the season two finale of the series, "Detroit."

Also known, Jet Tila of Kuma Snow Cream will be one of the experts on the Las Vegas episode airing and season three. Producers says that segment will delve into the Thai restaurants of Vegas.