Jet Tila Films with Anthony Bourdain at Lotus of Siam

Share All sharing options for: Jet Tila Films with Anthony Bourdain at Lotus of Siam

Another Anthony Bourdain sighting. Last night, the host of Parts Unknown dined with Jet Tila at Lotus of Siam as part of his whirlwind tour of Las Vegas, all being filmed for the third season of the CNN show. 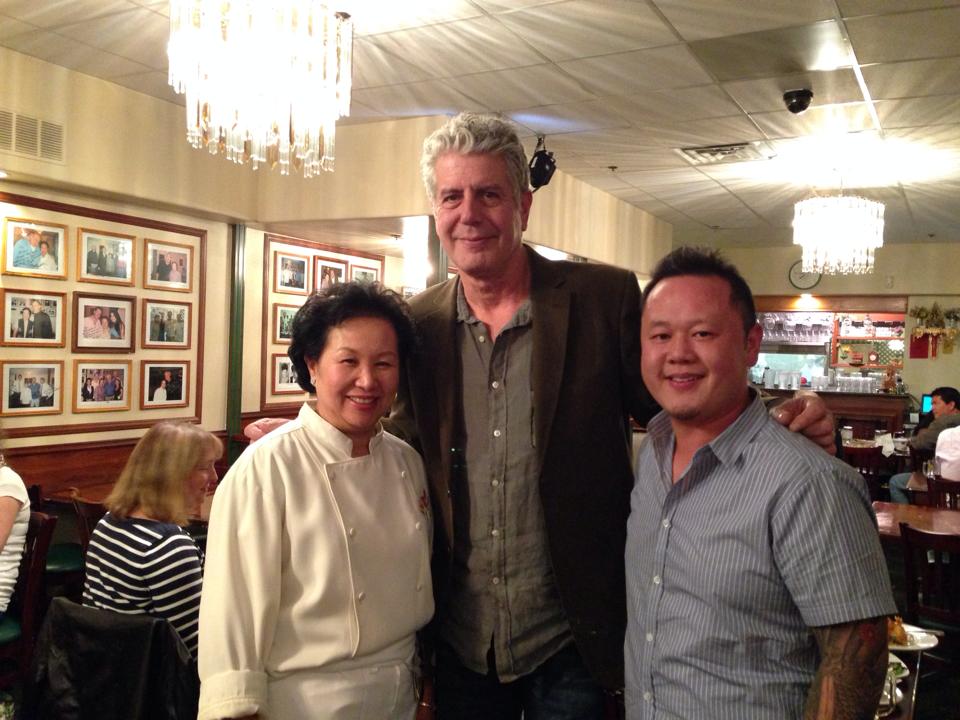 Tila, who has Kuma Snow Cream in Chinatown, says he had been away from his home in Los Angeles all week when he got the call from Bourdain to help with the shoot. He asked Bourdain to film a short apology to his wife Allison McKee Tila, who Tilas says, "Pushes me out the door to get it done. Graciously this is Tony's message to Ali."