While the Palazzo remains tight-lipped about what lies behind the plywood, as Eater Vegas has exclusively revealed construction on Shi Fang Market is right on schedule. Occupying the former Restaurant Charlie space, this new pan-Asian food court will be wide open to the Palazzo's casino floor. Guests will enter through moon gate arches to an elaborately designed, but very casual concept, decorated in rich hues of red and gold. The newly painted arches on the plywood are in almost the exact position as their physical successors. 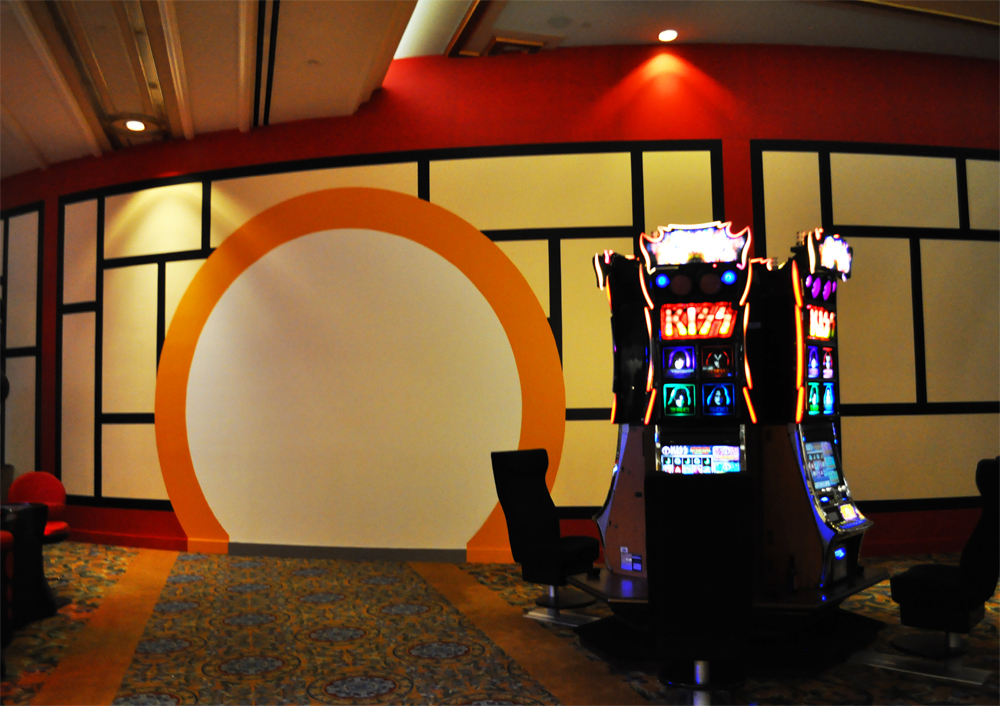 Recent plans pointed to five fast Asian food options being served, described as "Dim Sum," "Roasting," "Noodle Bar," "Korean BBQ" and "Lucky Wok." Each of the five food stations front an open kitchen and purchases will be made at each individual counter.

New updates measure the total space at 9,361 square feet, an upgrade from earlier projections of 7,000 square feet. The construction valuation is now estimated to be a substantial $4 million.

The project features a tight production schedule leading to a proposed April 2014 debut.
· All Coverage of Shi Fang Market [~ELV~]