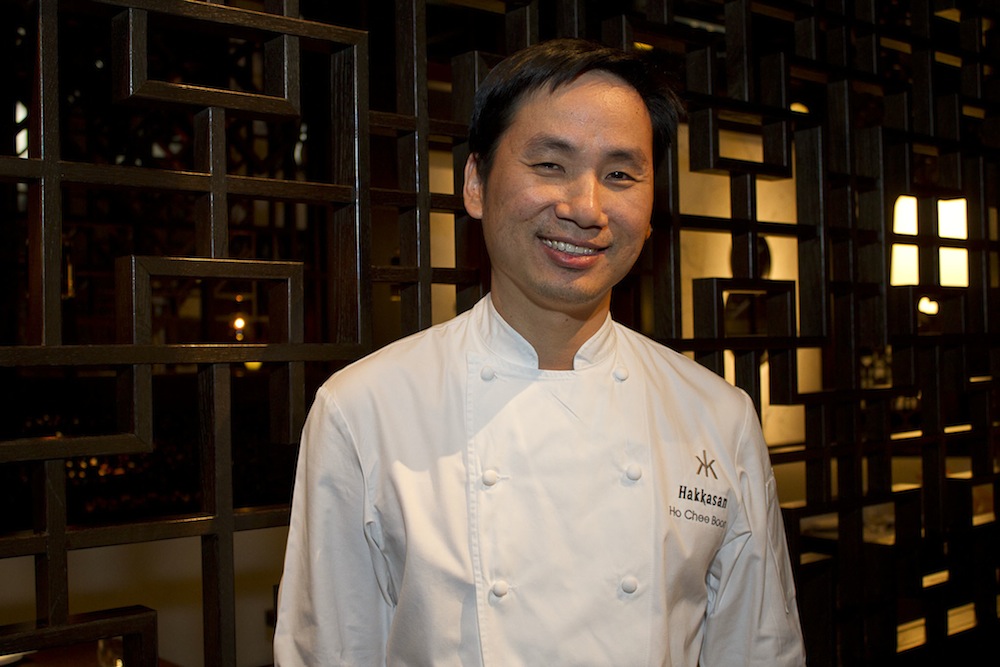 Michelin-starred Ho Chee Boon helms the kitchen at Hakkasan, the decadent Chinese restaurant at the MGM Grand. His career has brought him to Hakkasan Hanway Place in London, Turandot in Moscow and Breeze in Bangkok over the course of 28 years. Boon has been with Hakkasan since its inception and worked at the original Michelin-starred location in London. He consulted at London restaurants such as ChiKaYan and Feng Shang Princess and worked as the executive chef at The Straw Hat Oriental there as well. He's worked around the globe at Temasek Club in Singapore, East Ocean Restaurant in Hong Kong and the Sofitel Hotel in Malaysia. Boon started his career in Malaysia at Prawn House, followed by various positions at Restaurant Chia Ping Sdn. Bhd and the Crystal Crown Hotel. Here he shares his favorite restaurants on the Strip when he's not cooking up his modern Cantonese fare at Hakkasan.

Which restaurants do you turn to when you're not working?
Joel Robuchon at the MGM Grand, Picasso at the Bellagio and SushiSamba at the Grand Canal Shoppes.

What dishes are most memorable?
Joel Robuchon Restaurant — "I loved Le Caviar from their hot and cold 'Starters' menu, which is a combination of salmon tartare with shiso seedlings, chilled cauliflower veloute and turnip and radish Carpaccio with Hamachi — truly a masterpiece in its own."

Picasso — "I highly recommend the prix fix menu that suggests the warm quail salad with sautéed artichokes and pine nuts to start with. It's a beautiful dish and full of flavor."

SushiSamba — "One of the first things I go to on the menu is their muddled cocktails, but I always make sure to save room for dessert, especially the Warm Chocolate Banana Cake. It's amazing!"

Picasso — "Chef Julian Serrano is always a pleasure to visit with as his restaurant is such an incredible dining experience for me. I enjoy taking in the view of the Las Vegas Strip from their outdoor seating area and choosing the perfect wine to go with my meal from their impressive European vineyard selection."

SushiSamba — "I love the energy and the blend of Brazilian, Peruvian and Japanese culinary influences which resonates on their colorful menu."

Anything else you'd like to add?
"Las Vegas offers such a wide variety of impeccable restaurants, on and off The Strip. I am always inspired by trying new places, using fresh ingredients and putting my own touch on the dishes I create at Hakkasan. As a chef, I think it's important to challenge yourself. By taking a risk, there is often a high reward."
· All Coverage of Hakkasan [~ELV~]
· All Dining Confidentials [~ELV~]