Your First Hint at the Scale of Downtown's WheelHouse

Share All sharing options for: Your First Hint at the Scale of Downtown's WheelHouse

The first true hint at the size of The WheelHouse tavern, lounge and outdoor entertainment plaza heading downtown is revealed via new design renderings expertly created by SMF Creative Group.

First reported by Eater Vegas, but still not officially announced by project overseer Zappos CEO Tony Hsieh and his Downtown Project, The WheelHouse will transform the former Society Cleaners and adjacent Western RV Park. The unique aspect of this concept, in an area already stuffed with bars and lounges and live performing spaces, will be the impossible to ignore 90-foot windmill providing the alternative energy source. 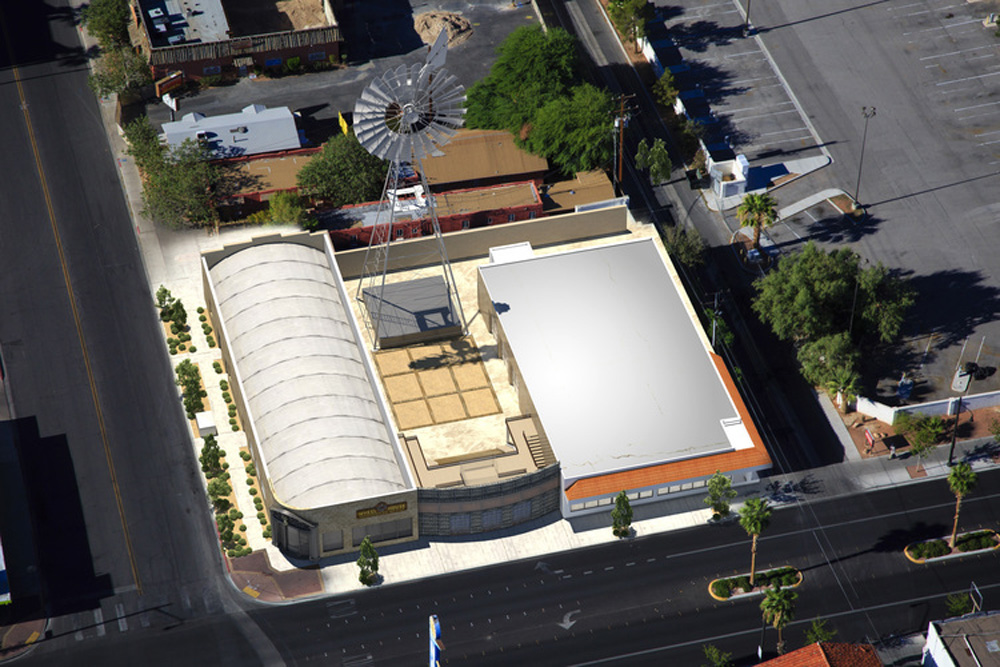 Downtown Project bought the land for $7,900,000 in September 2012. The former Society Cleaners will become a 4,181-square-foot bar and restaurant with room for 116. Next door, a 2,396-square-foot lounge and 274-square-foot "gift shop" will take over the building portion of the former Western RV Park. In-between the two buildings, a two-level permanent outdoor stage with a 6,511-square-foot courtyard will be used for live entertainment. 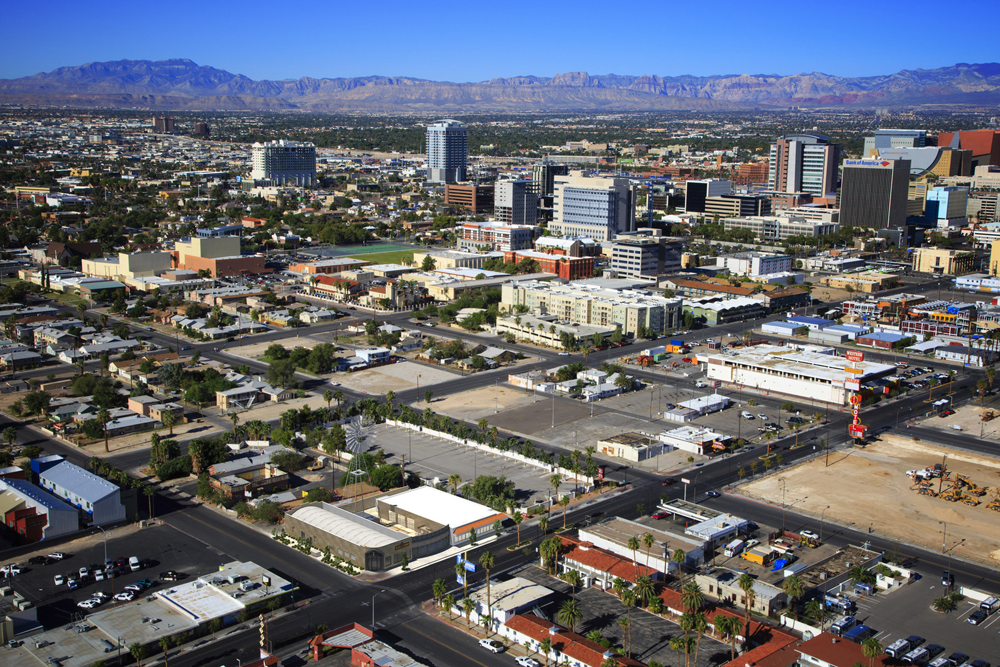 The 12-blade, 90-foot, electricity generating windmill will help power the facility and provides the inspiration for the name. The renderings give a clearer impression of how, if given planning approval, the wheel will create a visual beacon for visitors to this section of East Fremont. 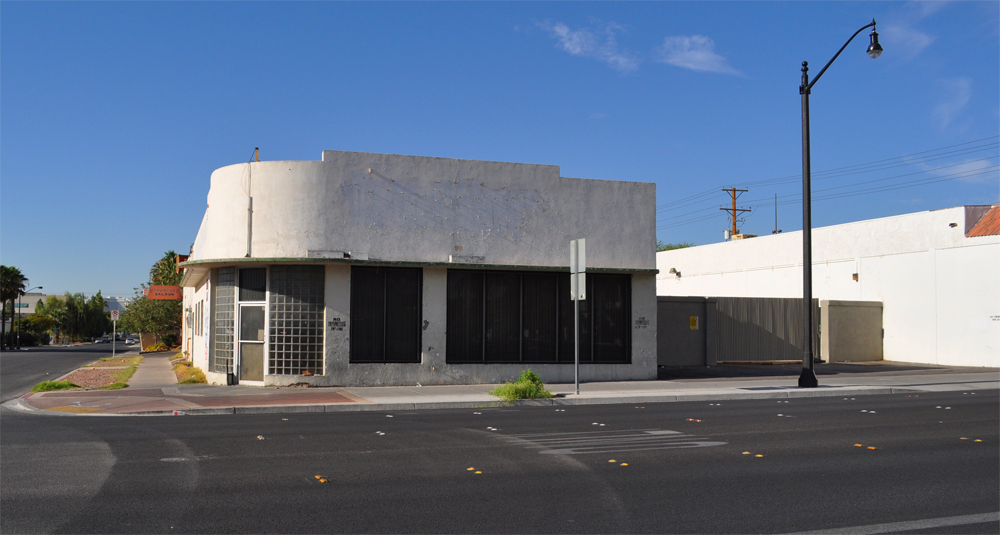 While these renderings closely match project designs familiar to Eater Vegas, one architectural detail is different. An early plan for the space featured the main door very elaborately constructed in the style of the Reis Filho shop doorway on the Rua Santa Caterina in Porto, Portugal.
· All Coverage of The Wheelhouse [~ELV~]
· All Coverage of Downtown [~ELV~]