Two Months In is a series where Eater Vegas talks to chefs about their first two months in business. 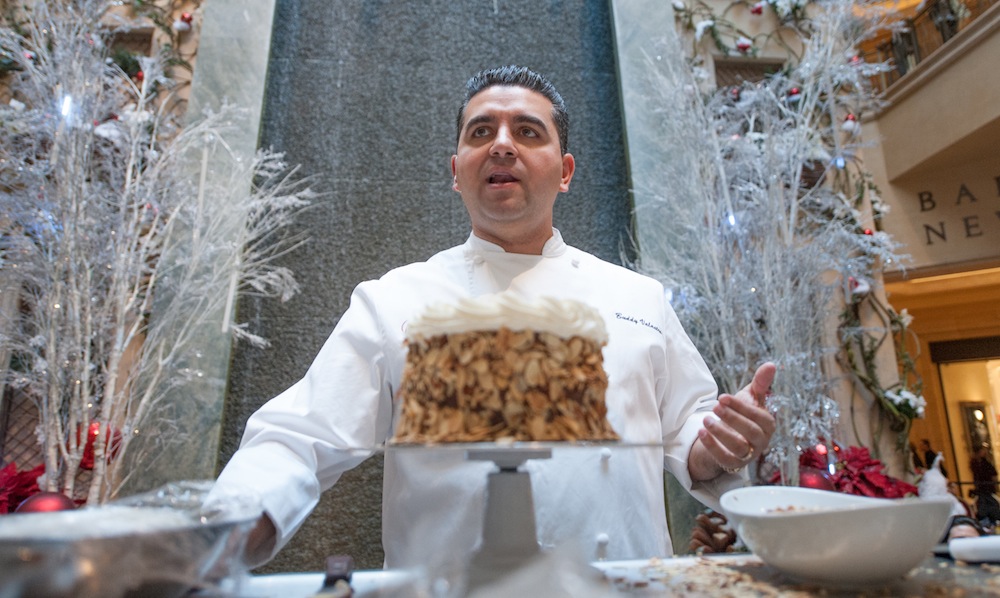 Buddy Valastro at How to Italian [Photo: Venetian]

Cake Boss Buddy Valastro opened his first standalone restaurant at the beginning of October at the Grand Canal Shoppes, and already he's making changes to the menu. He partnered with über restaurateurs Elizabeth Blau and chef Kim Canteenwalla on Buddy V's Ristorante, an Italian restaurant that thrives on the family recipes chipped in by the Valastro clan.

Valastro was in town last weekend for La Cucina Italian Food & Wine Fest at the Venetian and took some time before his cookbook signing to talk to Eater Vegas about the first two months of Buddy V's. Here he talks about some of the new items coming to the menu and the biggest issue facing the restaurant.

So, how's it been going?
So far, things have been going really, really well. I love the space. We got all the quirks out. The biggest thing is trying to let anyone know we're here. We're in a challenging corner of the resort. We let people know they can valet park at Barneys and come right up. We have the best view of the Strip. You're overlooking Las Vegas with this great view. We just have to let them know we're here and get them in here.

You're back in town for the weekend. How was it being back in the kitchen?
I dabbled a little bit. It's always great to come back. We have some new ravioli concepts. We looked at what does not sell and what does sell. We're not trying to overachieve or outdo ourselves.

Did a lot of your staff come from the same place?
They're kind of from all over. We trained them the way we wanted.

Any big hurdles in the opening week?
Again figuring out staffing and how to buy. Now we have a sense of what's happening.

What have people been responding to on the menu?
Honestly the reviews have been rave. The food, service and decor. Everyone who comes is happy. We just have to let people know we're here.