Share All sharing options for: clubZone.com Presents the Best NYE Parties in Vegas 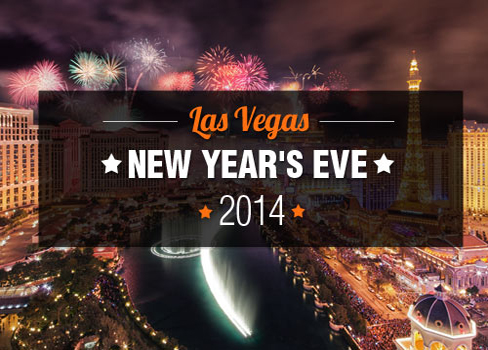 It's that time of year again—the time when party-goers scramble to make plans for New Year's Eve. If you still haven't decided where you should spend your last day of 2013, clubZone.com has a few pro tips. There will be a plenty of parties to enjoy Sin City's well-earned hype, but before you primp, take a little time to choose where you want to celebrate.

1. A BOTTOMLESS NEW YEARS
Where: Koi Ultra Lounge, Planet Hollywood Hotel & Casino
When: Doors open at 9 p.m.
Who: 21+ A-list Loungers
Why: Everybody who's anybody will be there. This NYE celebration was the #1 party on the strip last year, meaning its reputation is even more hyped this year. Famed for the celebrities that regularly come to party at this upscale club, the venue boasts one of the best locations on the Las Vegas Boulevard and views of Lake Bellagio and the firework show that tops everyone's to-see list. Unlimited drinks are going to make for a dizzyingly fun time fit for the classy party animal. Put on your hottest designer dress and best-cut jacket, because this is going to be a wild night.

2. 5TH ANNUAL MIDNIGHT IN VENICE
Where: Dal Toro, The Palazzo
When: 7 p.m. - 5 a.m.
Who: 21+ Euro-Lovin' Glamsters
Why: A 6-hour bar is never something to be turned down, especially on the biggest party night of 2013. This show-stopping celebration achieves an air of European elegance with a side of Las Vegas showmanship. Expect a renowned DJ and VIP service. At midnight, grab a glass of champagne and run over to the terrace for the fantastic view of the famous firework display. And if six hours isn't enough, the club will stay "bumping" into the wee hours with a cash bar until 5 a.m.

3. JUICY J NYE LIVE @ THE JOINT
Where: The Joint, Hardrock Hotel and Casino
When: 9:30 p.m. – 2 a.m.
Who: 21+ Rock all nighters
Why: If you like the more concert feel and want to countdown to midnight accompanied by a host of your favorite rappers, this hip-hop backed affair is exactly where you need to be on New Year's Eve. Envision a packed staged with up-and-coming musicians such as Juicy J, who is headlining, as well as Audio Push and Casey Veggies. VIP tables are available for purchase.

4. JUICY J NYE LIVE @ THE JOINTLAX NEW YEARS EVE
Where: LAX Nightclub, Luxor Hotel and Casino
When: Doors open at 8 p.m.
Who: 21+ Poppin' Partiers
Why: Enjoy live music by pop charts songstress Keri Hilson. LAX Nightclub will be putting on an incredible show, complete with an open bar from 9 p.m. to 12 a.m. so guests can sip away until 2014. Grab your party favors and when the clock strikes twelve, do the party girl rock all night long.

5. PURE NEW YEARS EVE 2014
Where: Pure Nightclub, Caesar's Palace
When: Doors open at 8 p.m.
Who: 21+ Crowd
Why: Because Ne-Yo is going to be there. And any chance to spend New Year's Eve with an artist who churns out chart-topping hits should not be turned down. Spend the evening at the mega-club in Caesars Palace, which offers unrivaled views of the Las Vegas strip, beauty and first class service, and is often frequented by celebrities and A-listers.

6. CHATEAU NEW YEARS EVE
Where: Chateau Nightclub and Gardens, Paris Hotel & Casino
When: Doors open at 8 p.m.
Who: 21+ Boisterous Freestylers
Why: Enjoy famed DJ Jeremih's beats in a luxurious French-inspired nightclub. One of Las Vegas's most exclusive venues is opening its doors this New Year's Eve. Walk up the spiral staircase to the plush main room and dance as the DJ and headlining artists take the stage above the 10 foot marble fireplace.

7. 9GROUP VEGAS NYE
Where: Ghostbar, Palms Ivory Tower; The View, Palms Fantasy Tower; Moon Nightclub, Palms Fantasy Tower
When: 1 p.m. – 1 a.m.
Who: 21+ Boozers in the Sky
Why: Three words: mix and match. Choose between Ghostbar, The View, and Moon Nightclub—you'll be party hopping your way to 2014. Three of the most exclusive spots offer phenomenal views of the Las Vegas Strip and one club boasts a retractable roof to see the stars.

8. NYE 2014 AT HYDE BELLAGIO
Where: Hyde Bellagio
When: Doors open 9 p.m.
Who: 21+ Well-heeled Strutters
Why: Because Paris Hilton is going to be there. If you've ever wondered what it would be like to party with the party princess herself, now is your chance to find out. Use the Bellagio Fountains as your landmark to find this ultra-cool nightclub. Come, dance, and enjoy passed hors d'oeuvres as guests say goodbye to 2013.

9. J.COLE NYE 2014
Where: 1 Oak Las Vegas
When: Doors open at 9 p.m.
Who: 21+ Hip and Hoppin' Hotties
Why: See some stars on stage—and on the dance floor. J. Cole, the Grammy nominated artist, will be taking the stage at the well-known New York style club that is taking Vegas by storm. Bars in separate rooms will accommodate the crowd's request for drinks during the 2-hour open bar. Sip and mingle at this star-studded New Year's Eve celebration that is sure to exceed expectations.

10. NEW YEARS EVE 2014 AT THE BELLAGIO
Where: The Bank Nightclub, The Bellagio Hotel and Casino
When: Doors open at 9 p.m.
Who: 21+ Sultry Sippers
Why: Common will have you dancing and asking for his autograph. The Hollywood superstar and hip-hop artist will be taking the stage at the glamorous Vegas nightclub to help partygoers end 2013 with a bang. The club, decked out in a gold and black color scheme, is a luxurious setting for the biggest party night of the year. Sip on drinks from the open bar 9 p.m. and 11 p.m. and toast to 2014.