Surprise! The Big Takeover of Downtown Grand's The Commissary

Share All sharing options for: Surprise! The Big Takeover of Downtown Grand's The Commissary

As Eater Vegas predicted, The Commissary at the Downtown Grand has undergone a dramatic switcheroo even before serving up its first artisanal milkshake. While rumors have swirled for weeks, it is now officially confirmed that swooping in to save the day are international restauranteurs the Richard Sandoval Group, taking over operation of the multiple choice casual eatery. Locally, chef Richard Sandoval had created the original menu for Tacos & Tequila at the Luxor. A soft opening begins today, despite the resort's Website still promoting the location as "coming soon!"

The Commissary Latin Kitchen will mark the 30th project in the Sandoval Group's portfolio, estimated to generate $90 million to $100 million in annual sales.

For now, gone from the Grand is the original concept of a food court featuring I Love Burgers, Third Street Tacos, Short Round's Bao & Dumplings and Coffee and Crepes. All had been promoted online and via banners around the property and registered as Nevada businesses by the Downtown Grand.

Despite enormous hype and overly sympathetic press coverage, the Grand's casino has suffered under visibly lackluster attendance since debuting in November. Culinary missteps include the creation of a new, food-less Mob Bar and curious diners being drawn away to the neighboring and equally new Pizza Rock. 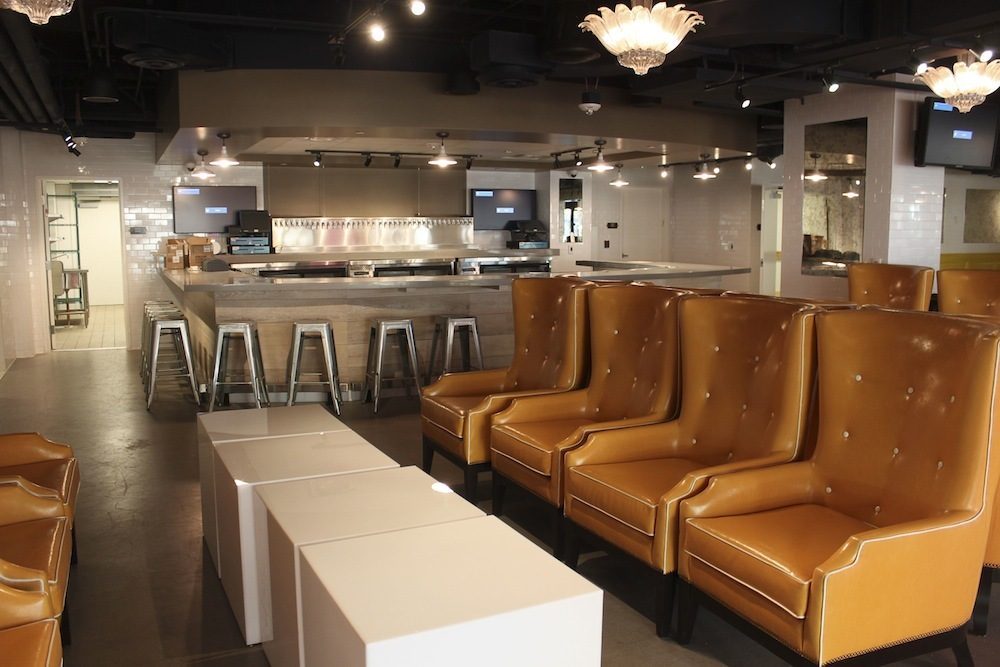 The concept keeps the interior design shown in a previous Eater Inside gallery of "reclaimed wood, high back leather chairs, and a 140-seat patio."

The Commissary After Dark, the Grand's much-touted late-night scene, will begin at 10 p.m. DJs will spin and the space will offer a candle lit lounge serving "tequila flights and hand-crafted cocktails and Pan-Latin inspired small plates menu." The Sandoval Group is noting After Dark will close nightly at midnight, while the Downtown Grand suggests the nightlife will continue to 2 a.m.