This $2.1 million, 4,400-square-foot daiquiri bar plans to self-serve 30 different slush flavors with a whopping 38 novelty vessels, one of which just has to be a zebra. Some of these concoctions will be kid-friendly at zero proof; the remainder will be brimming alcohol. The space has room for 96 guests. 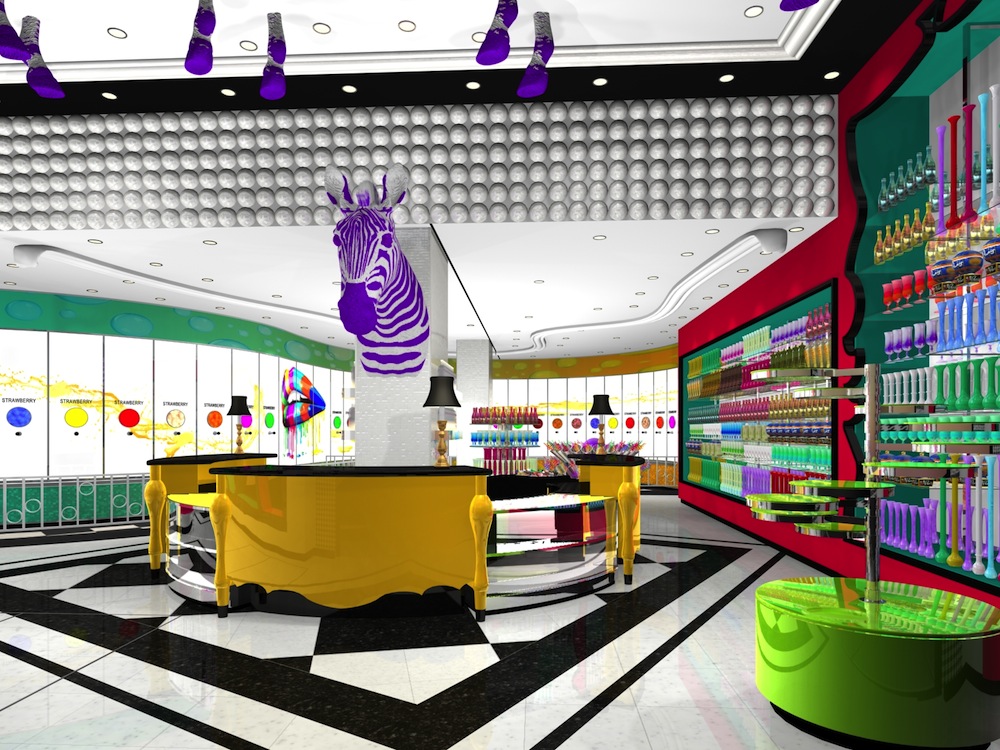 Candy also makes an appearance here in the form of retro faves and 25-pound gummy snakes. The combination will give riders of the High Roller, the highest observation wheel in the world, a sugar high while they're on the hour-long ride when it opens this spring.

Purple Zebra gets its name from F. Scott Fitzgerald's 1920 novel This Side of Paradise, which features a daiquiri drunk character surprised to witness a "purple zebra."