Vegas plans a last push with restaurant and nightclub openings galore before the end of the year. At least 15 new spots plan to open in Las Vegas this December with big names including Bobby Flay, Mario Batali and Joe Bastianich. Some are just renovations of established places. One is a new restaurant for a reality show winner. And some may not make their December projections. Here's a guide to everything you need to know about the big restaurant and nightlife debuts anticipated this December.

Know a restaurant opening? Drop Eater Vegas an email and some details. 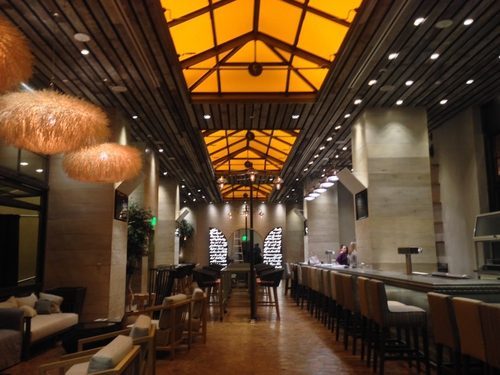 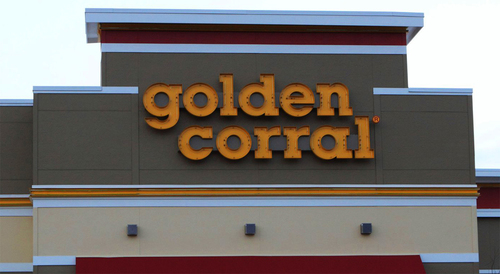 Golden Corral
Address: 1455 S. Lamb Blvd.
The Players: The chain buffet Gold Corral
The Situation: Love it or hate it, the buffet is making its first foray into Las Vegas. While rumored for more than a year, issues with the soil have pushed the opening date here back, back, back.
Projected opening: Dec. 12
· All Coverage of Golden Corral [~ELV~]
[Photo: Facebook] 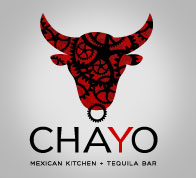 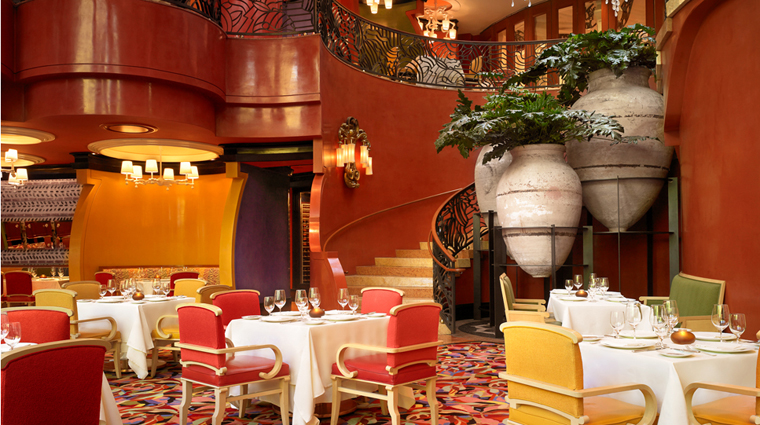 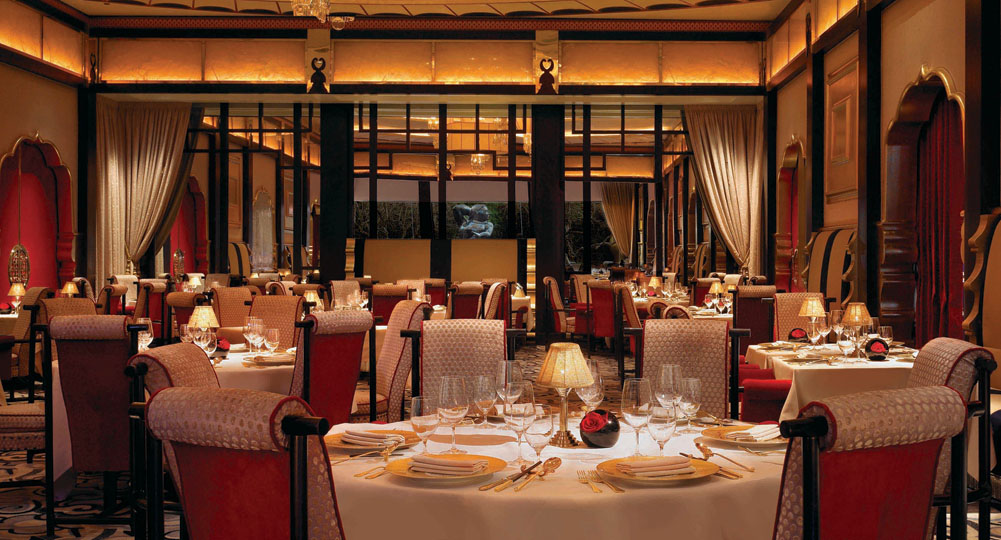 Wing Lei
Address: Wynn Las Vegas, 3131 Las Vegas Blvd. S.
The Players: Ming Yu
The Situation: Wynn shells out $1.45 million for a makeover of the Chinese restaurant. This may just be a rumor, but one set of renderings suggests a green and white look for the space.
Projected opening: Dec. 21
· All Coverage of Wing Lei [~ELV~]
[Photo: Barbara Kraft] 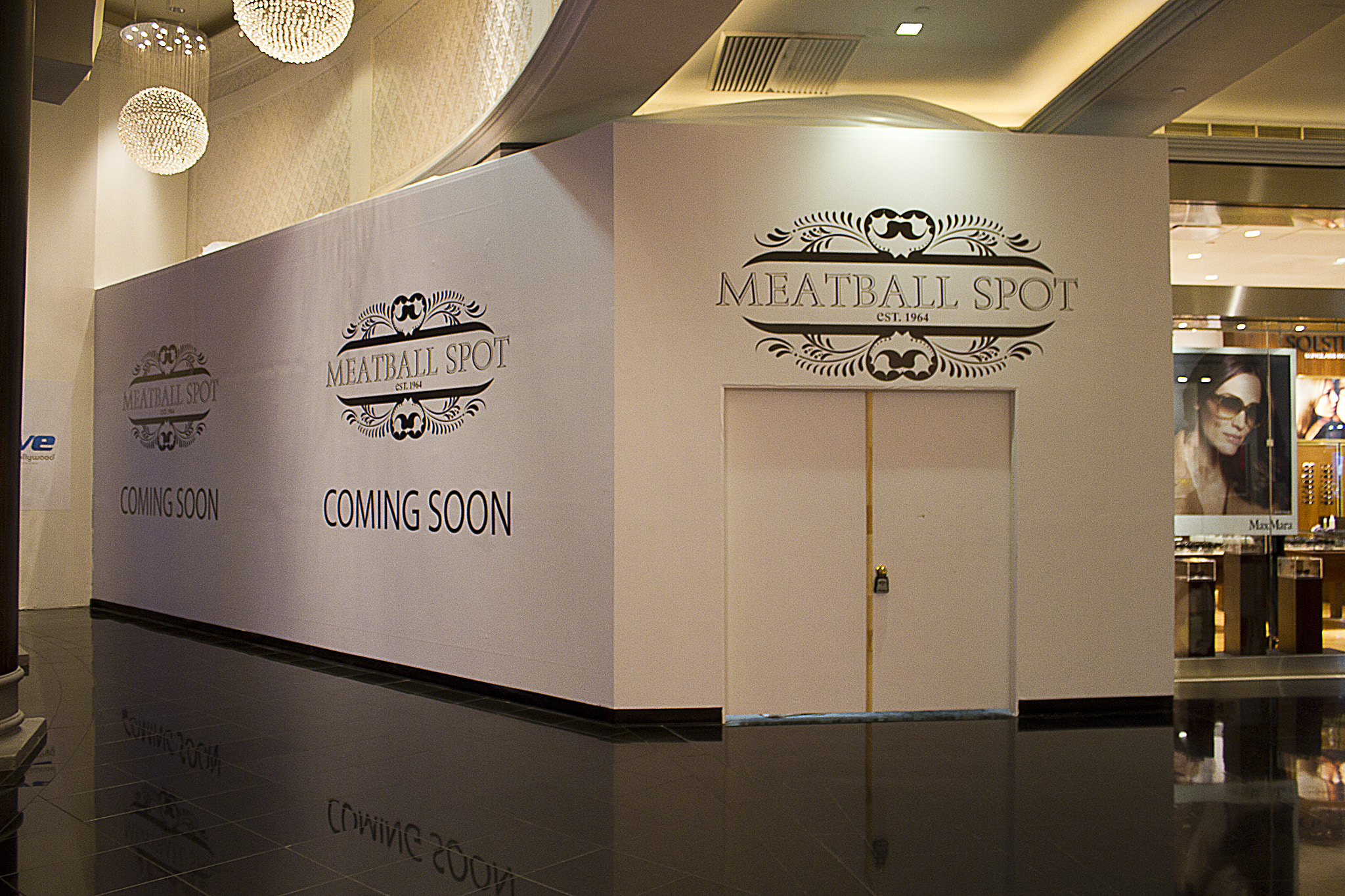 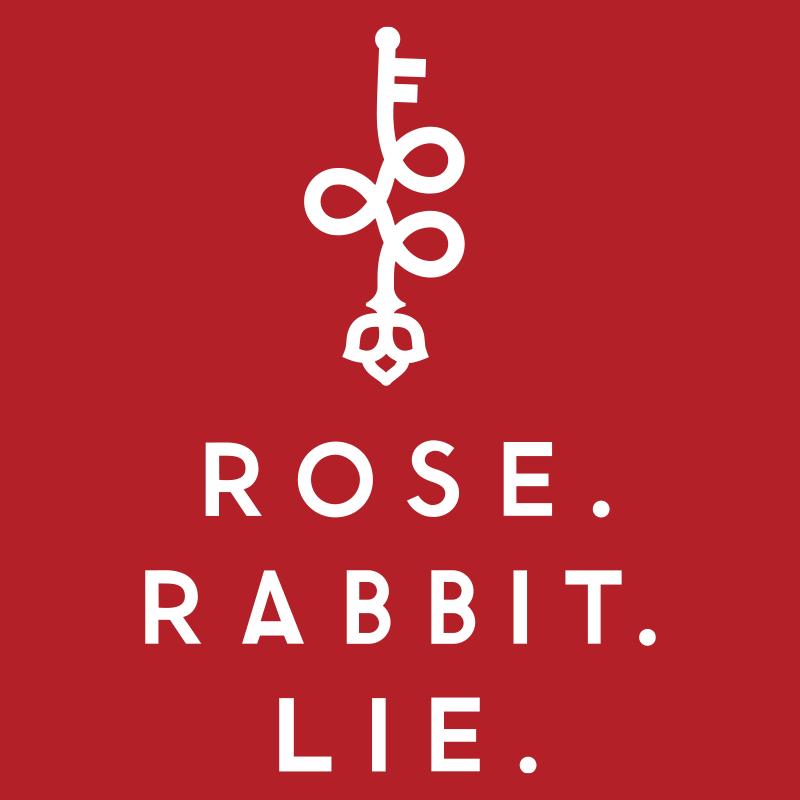 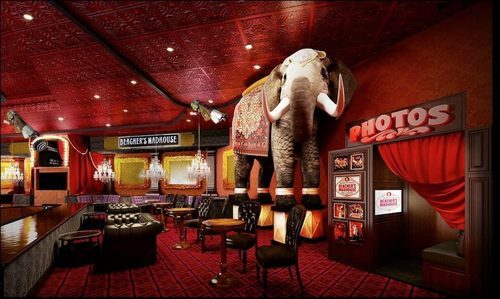 Beacher's Madhouse
Address: MGM Grand, 3799 Las Vegas Blvd. S.
The Players: Jeff Beacher
The Situation: Nightlife impresario Jeff Beacher is bringing his 8,500-square-foot performance theater replete with red velvet, tufted leather, a life-size stuffed elephant and even a human cannonball to the MGM Grand. Guests will enter through a speakeasy passageway hidden behind a library bookcase that travels through a tunnel to the showroom. Expect to find 15 stages inside the venue.
Projected opening: Dec. 31
· All Coverage of Beacher's Madhouse [~ELV~]
[Rendering: Courtesy] 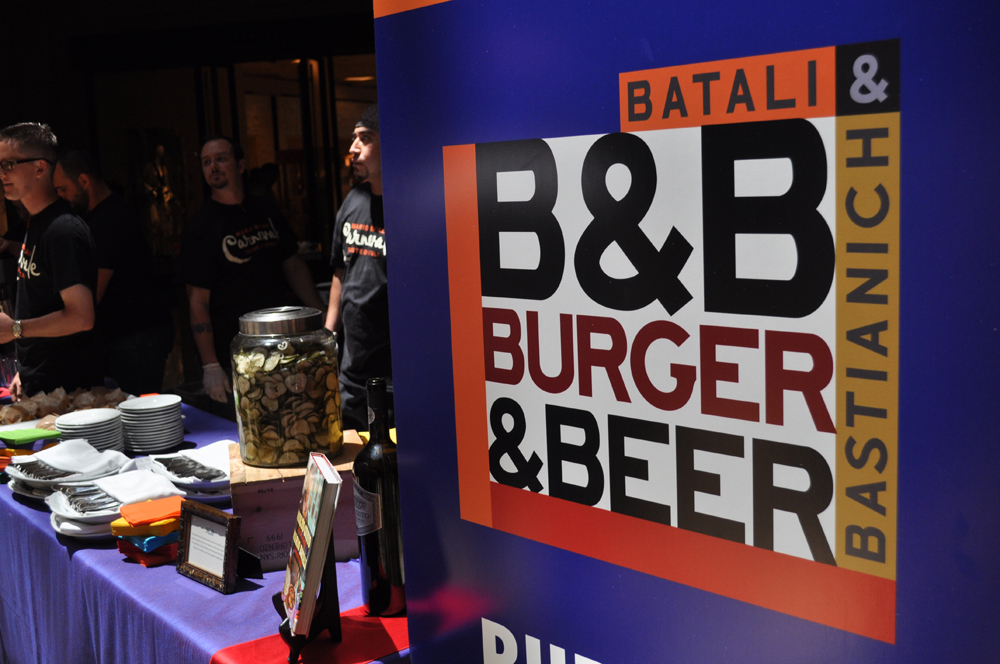 B&B Burger & Beer
Address: Venetian, 3355 Las Vegas Blvd. S.
The Players: Mario Batali and Joe Bastianich
The Situation: The Italian duo bring a burger and beer joint to the Venetian. The 7,556-square-foot underwent a $900,000 renovation to create a 120-seat dining room and a 2,000-square-foot outdoor patio will overlook the Strip. The burgers will be made from American beef, served on a charred bun and accompanied by signature side dishes, salads and shakes. The beer-driven beverage menu will feature craft brews from Las Vegas and Southern California breweries. The restaurant was originally slated to ambitiously open in September.
Projected opening: December, although Mario Batali will be at the Venetian for La Cucina Italiana Food & Wine Festival starting Friday.
· All Coverage of B&B Burger & Beer [~ELV~]
[Photo: Susan Stapleton] 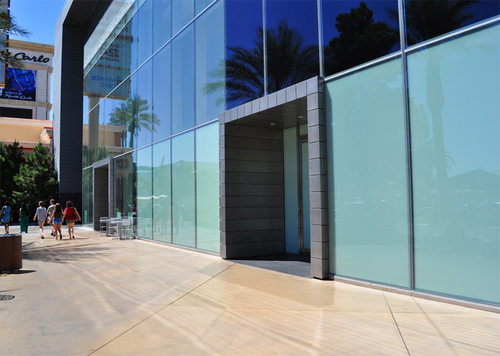 Bobby's Burger Palace
Address: Crystals, 3720 Las Vegas Blvd. S.
The Players: Bobby Flay
The Situation: Bobby Flay expands his burger empire by introducing the largest in his chain of burger joints, a 5,000-square-foot restaurant taking over the former Carolina Herrera space right on the Strip. Expect his Crunchburger with potato chips to make a statement in the burger wars.
Projected opening: December? This has been hush hush, but the restaurant started hiring in July.
· All Coverage of Bobby's Burger Palace [~ELV~]
[Photo: Bradley Martin] 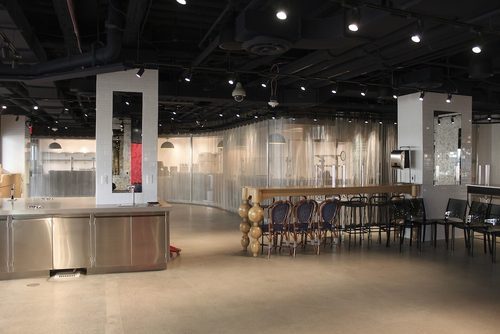 The Commissary
Address: Downtown Grand, 206 N. Third St.
The Players: Rumored to be Richard Sandoval Group
The Situation: This food court by day and nightclub by night is completely built but not ready to open. Initially I Love Burgers, Third Street Tacos, Short Round's Bao & Dumplings, which borrows its name from the Indiana Jones character, Coffee and Crepes and The Bar at Commissary were slated. That may all change if the rumors of Richard Sandoval Group taking over management are true.
Projected opening: December?
· All Coverage of The Commissary [~ELV~]
[Photo: Chelsea McManus] 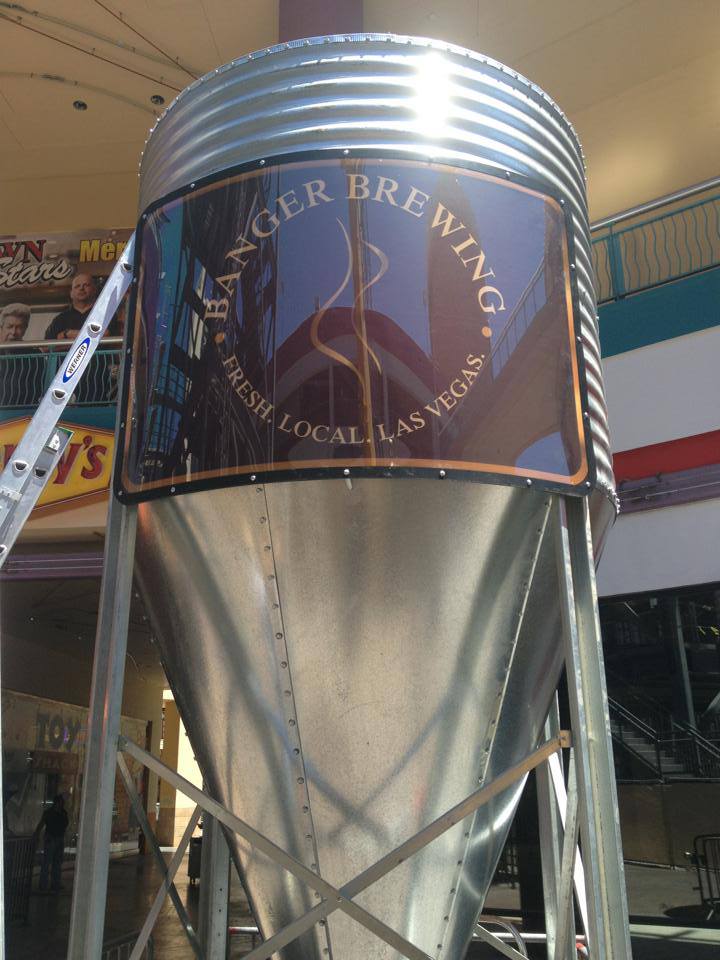 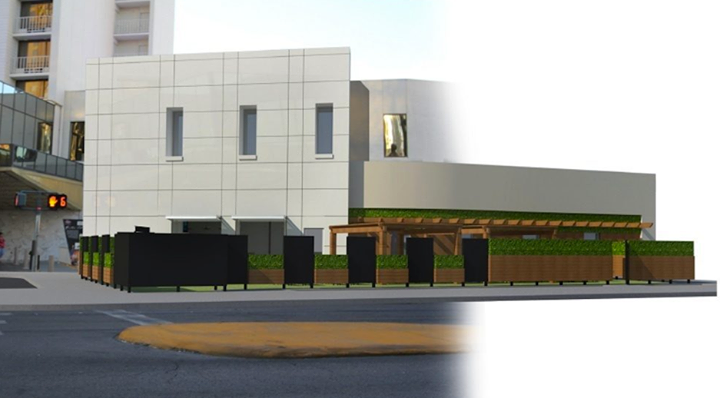 Bier Garten
Address: The Plaza, 1 Main St.
The Players: The owners of fellow Plaza tenant Pop Up Pizza
The Situation: Picnic tables, real grass, trellises and greenery to an empty lot in front of the food court. Ping-pong and live entertainment have been promised, alongside a shifting and expanding beer menu. Guests can either build their own sausage concepts or opt for the signature creations named after departed Vegas landmarks and include such novelty topping stacks as fried eggs.
Projected opening: December
· All Coverage of Bier Garten [~ELV~]
[Photo: Facebook] 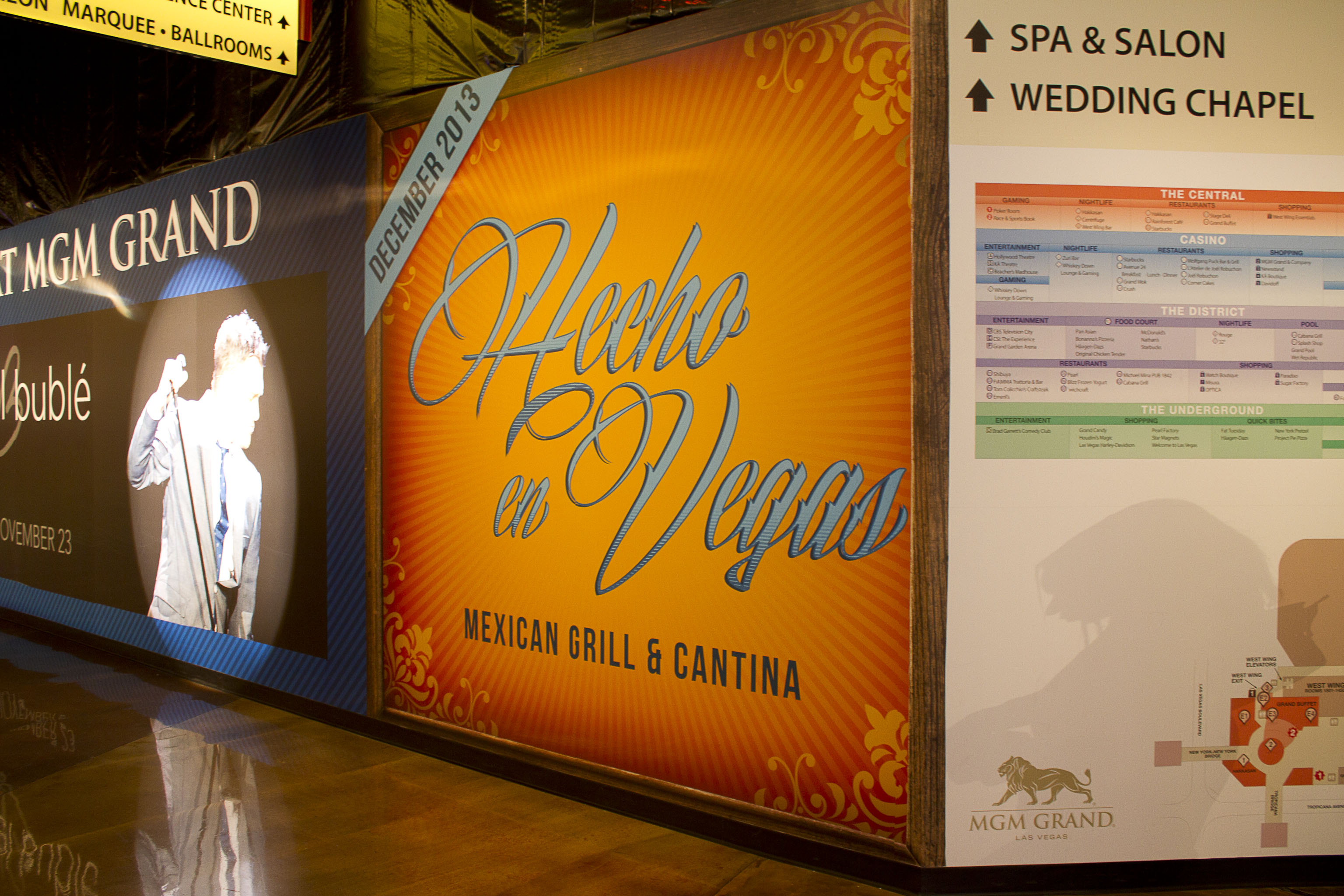 Hecho en Vegas
Address: MGM Grand, 3799 Las Vegas Blvd. S.
The Players: The restaurant formerly known as Diego
The Situation: Diego shuttered in September to undergo a $690,788 renovation, which will revamp the entrance, dining room, bar and add new finishes throughout the space. In all, 6,948 square feet of a total 10,084 square feet will receive the upgrade. With the renovation comes a name change to Hecho en Vegas, Spanish for made in Vegas.
Projected opening: December
· All Coverage of Diego [~ELV~]
[Photo: Chelsea McManus] 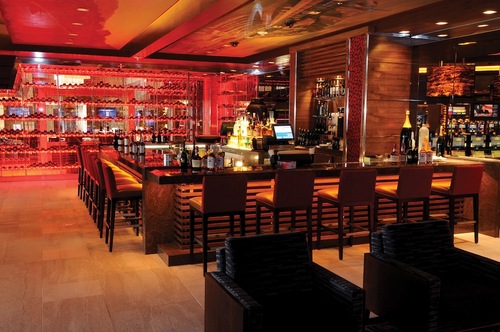