This week was the cheftestapants head back to college, cooking for 500 students at LSU. Chung talks about getting knocked down in the Quickfire Challenge, her thoughts on oven "stealing" and her quick thinking that won her the Elimination Challenge. 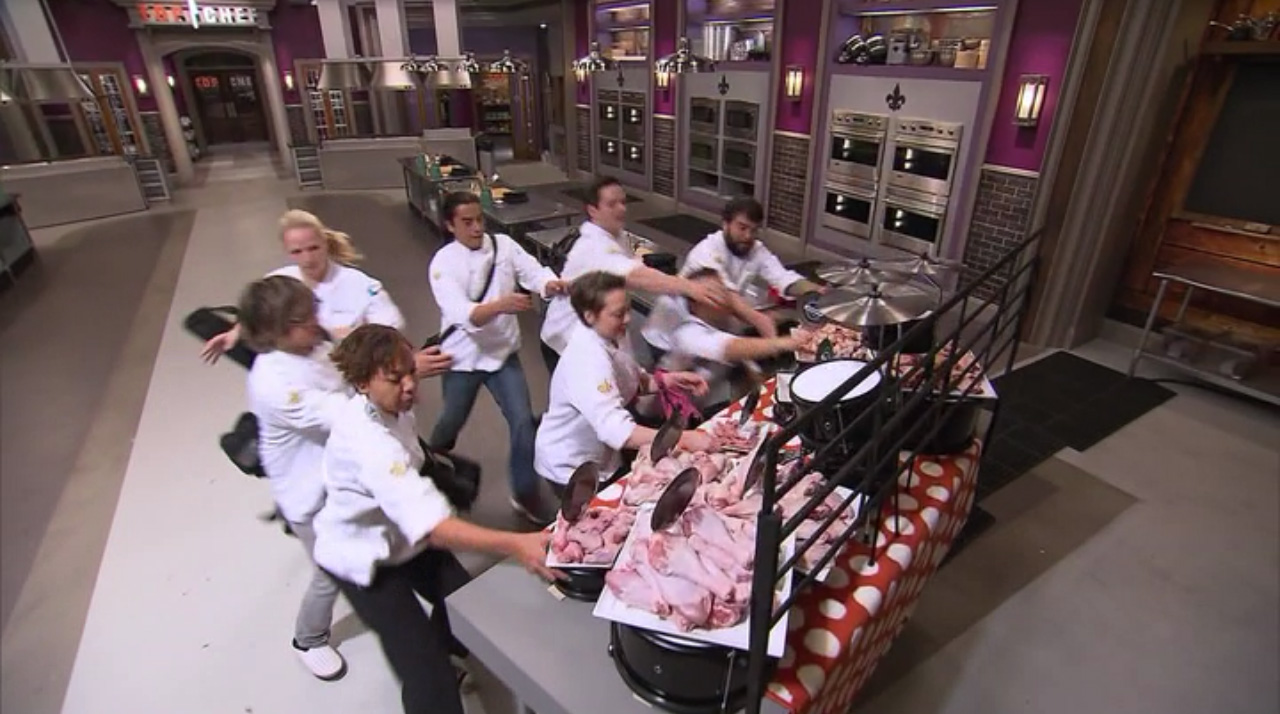 You were knocked down while racing to grab your drumsticks during the Quickfire Challenge. Did that rattle you?
We were joking all along about who was going to be the first one to fall. It happens all the time. We were joking about it in the morning [before it happened].

Nick really is a gentleman. He picked me up. I didn't know he wanted the duck legs too. He's funny. He's always like that. He's a really a great guy. He's such a great guy.

Were you happy getting duck?
Yes. I actually would have preferred the squab leg Carrie got. The only thing I didn't want was the turkey leg. 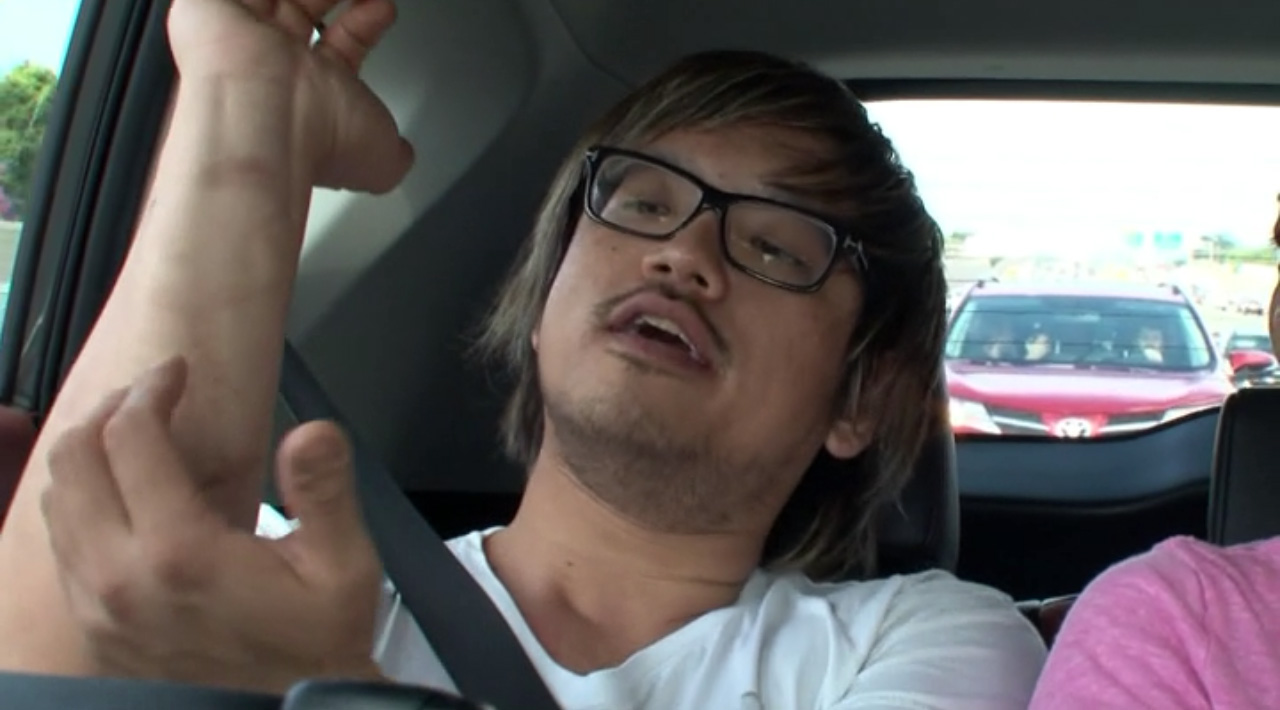 On your way to LSU and the Elimination Challenge, Brian kept talking and you just wanted to sleep. Is it getting to the point in the competition where every is getting a little tired of everyone else?
Well, actually, it was a really long drive, four-and-a-half hours. Brian has a lot of stories to tell. They're funny when we first hear them. We were all sitting in the car together and we're sitting so close. Brian was so scary the way he talks about getting cut and the scar on his arm. Every time we would wake up, Brain was still talking.

I realized that I talk a lot too. I'm the same. I definitely got quiet after that experience.

You had to change your tactics going from the plancha to the wood-burning oven during the Elimination Challenge. How did that change your dish, especially with such limited ingredients?
It happened quite quickly. We didn't know what we would be cooking when we picked stations.

The quality of the ingredients was really good. We were all really surprised. We were talking about it beforehand. I wanted the students to understand our food and enjoy it. My quick thinking was fried rice, but then I switched to the beef. I think in the end it helped me win the challenge.

Brain and I were working together in the same area. I didn't have to cramp up with everyone in the kitchen, so that helped too.

How was it to cook for 500 students? Was this the hardest service you've had?
It's really hard. This is the first time I cooked for that many people. I'm used to cooking for thousands of people at a time in a restaurant, but we had no sous chefs, no line cooks, no one helping me out. And these weren't tastings. They were full-blown portions.

Physically it was really hard. At the end of the challenge we were so tired. Without Brian, I couldn't have carried my food. We used larger scale equipment too. 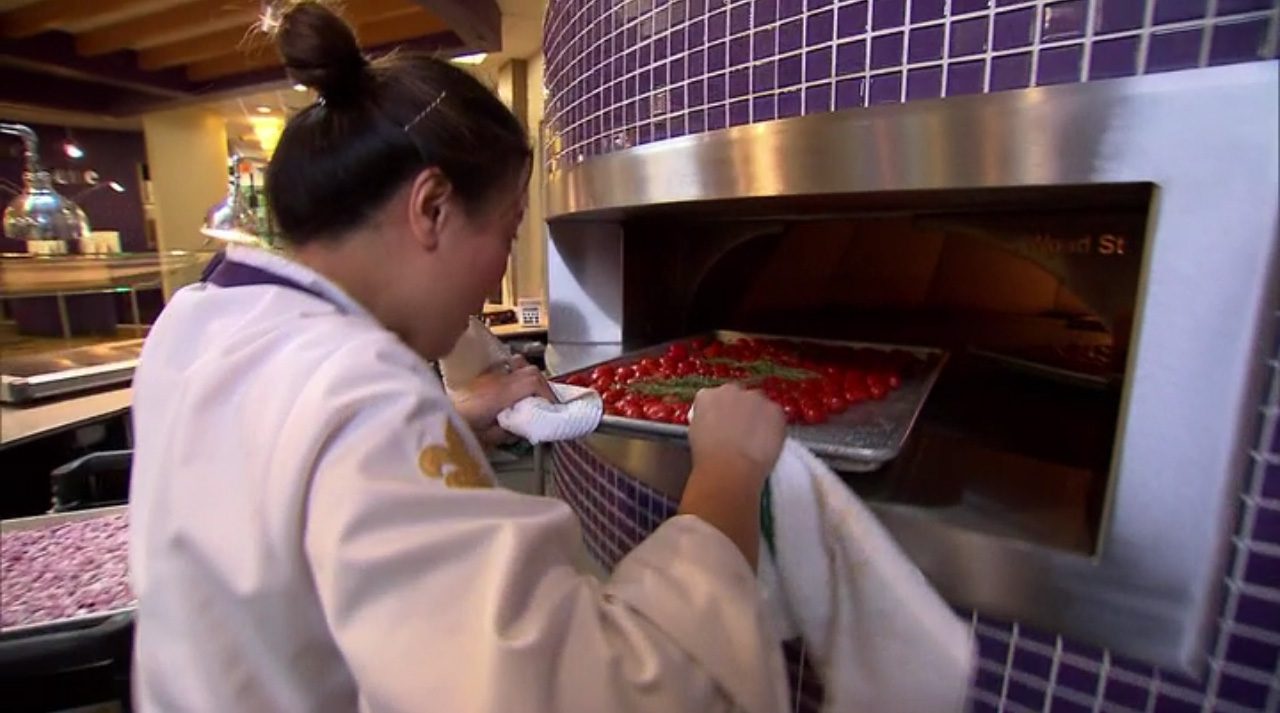 It also seems like with so few of you left, some chefs are starting to show their true colors. Carlos stole the plancha from you and then said Nick stole his oven. Was it really as ugly as it seemed on the show?
The thing is, we are all still helping each other out even through this stage of competition. So I was surprised Carlos called Nick out like that. I did give Nick credit; he did put his towel over the oven.

Carlos was really stressed. I get it. In the competition, you do things you normally wouldn't do. We all know that.

And you won a Toyota RAV 4. Congrats! Comedian Alison Leiby over on Eater National said it's like you won the Showcase Showdown. First an air conditioner, now a car. Did you end up giving it to your mom?
I don't think I will ever get over the air conditioner comments.

Winning feels so good. It's great to give such a great gift to your mom.

Anything else you want to add?
I really want to give credit to Brian. We were working next to each other throughout the Elimination Challenge. Even though we had breakfast and lunch, that first bite of his shrimp cake was good. I was feeling lucky that I was next to him. He had such a long line. He would tell people to eat the shrimp cake as an appetizer and Shirley's dish as the entree. It was a great combination. The whole time I thought he would be the winner.
· All Coverage of Shirley Chung [~ELV~]
· All Coverage of Top Chef [~ELV~]