A low-key, curtain unveiling of Caesars Palace's latest bar took place on Saturday afternoon as the Apostrophe Bar bubbled into action for the first time. First revealed by Eater Vegas, the project once internally dubbed Fountain Bar removed an existing fountain and meeting place and replaced it with circular bar highlighted by a tall, brightly lit "bubble column" swirling water through the center of the new, limited-seat destination. 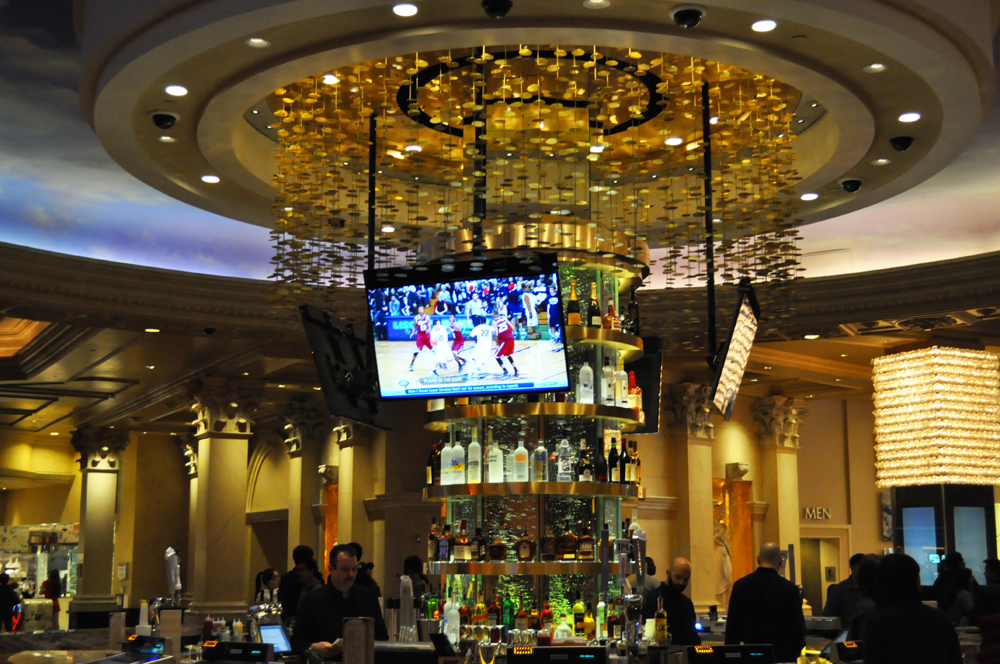 Located between Bacchanal Buffet, Payard Patisserie & Bistro and Rao's, the bar features video gaming and an new crafted cocktail menu designed just for this location. The bubbly theme at Caesars continues from the recently opened Fizz Las Vegas on the other side of the resort, specializing in decadent Champagne cocktails. 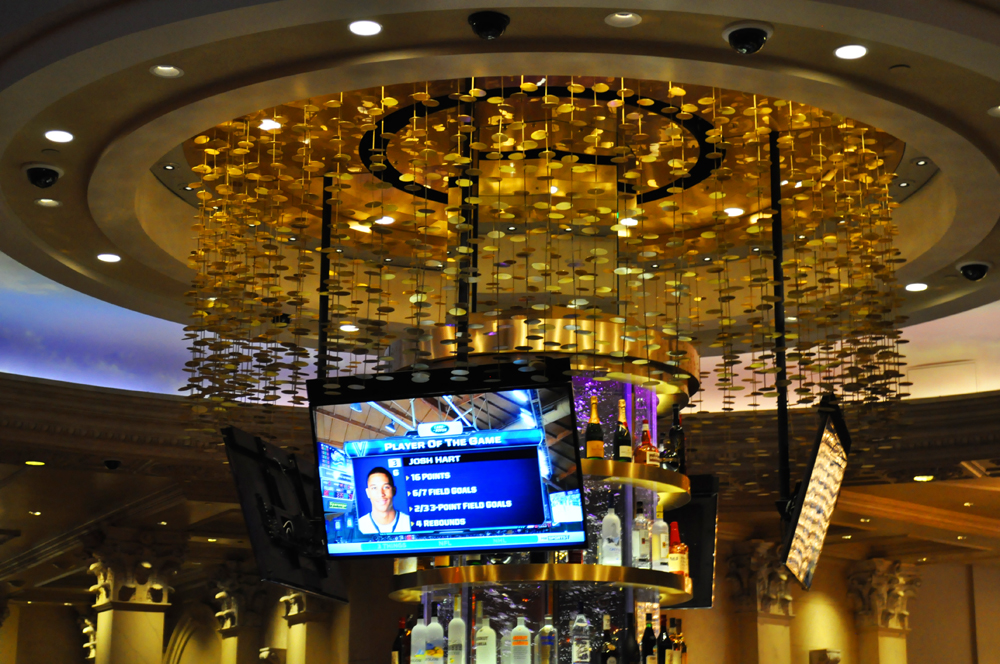 The central, but small, 1,279-square-foot bar was built with a publicly estimated construction valuation of $1,300,000. But much of the swirling, expensive bubbly tower remains hidden behind shelves of liquor and attention is distracted by four HDTVs and a glittering chandelier.
· All Coverage of Apostrophe Bar [~ELV~]
· All Coverage of Caesars Palace [~ELV~]