Revealed: Where the Pawn Stars Buy Their Chicken Wings

Share All sharing options for: Revealed: Where the Pawn Stars Buy Their Chicken Wings

After 254 episodes, thousands of transactions, and millions of fans, one mystery has prevailed in the History Channel's TV chronicles of the staff of the World Famous Gold & Silver Pawn Shop. Where do the Pawn Stars buy their chicken wings?

The lure of the fried dish is so potent and revered, co-owner Rick Harrison infamously gifted his pop, Richard "Old Man" Harrison, a chicken wing lunch on Father's Day. When Austin "Chumlee" Russell fixed a broken model RC car for $50, he treated himself and the Old Man to a plate. An Internet meme was even generated with the phrase, "You want to buy chicken wings and give me some," best heard in the inimitable drawl of Harrison senior's voice.

But the favored location for these feasts has never been revealed on the show. So, Eater Vegas went straight to the source for the official where, what and how of their favorite spicy, poultry entrees. 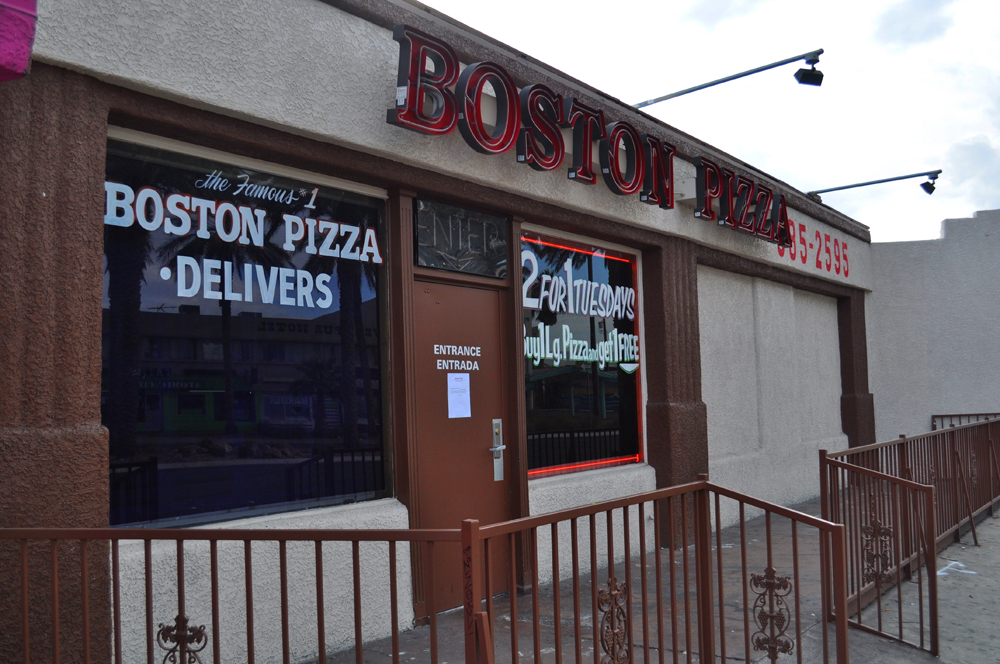 Located three-quarters of a mile south of the world's most famous pawn shop, Boston Pizza resides in one of the most assuming buildings on a nondescript stretch of Las Vegas Boulevard. Every day from 10 a.m. to 4 a.m. the cheerful, hard working staff serve up a full menu of pizzas, subs, grinders and pasta dishes with a loyal local clientele and a very steady businesses in deliveries. 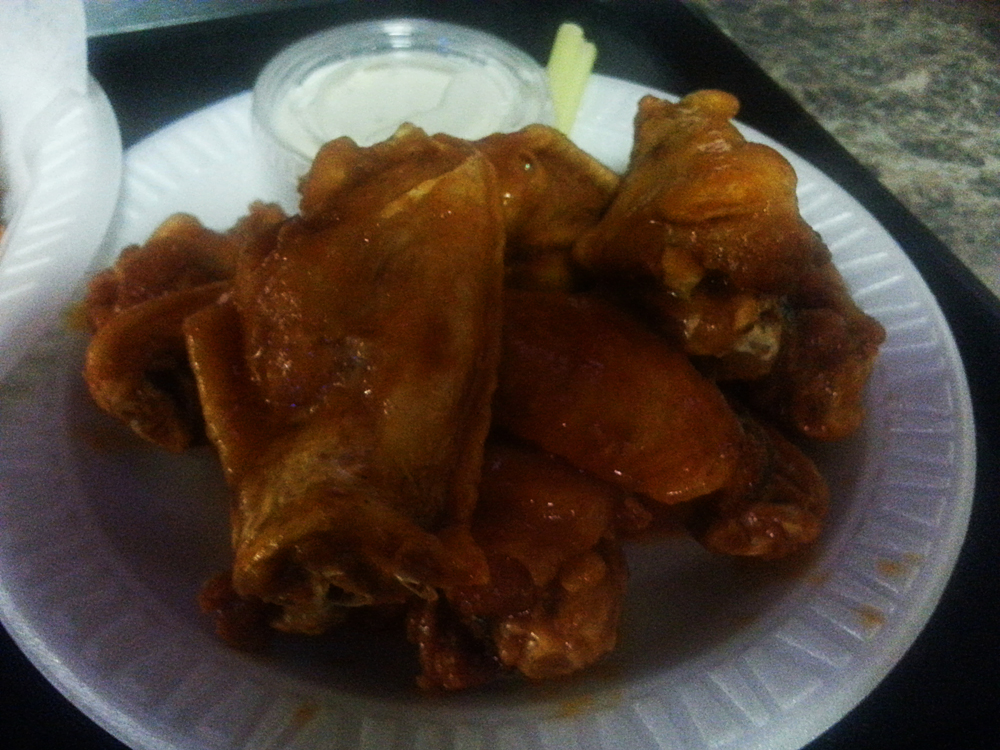 The crown jewels of the joint are the $7.59 chicken wings. The Old Man prefers medium hotness, without fries or sauce. A standard serving of 10 arrives with celery and a generous portion of blue cheese dressing. Even at the medium level, the heat can be felt. You'll also need to make sure you have plenty of napkins on hand. 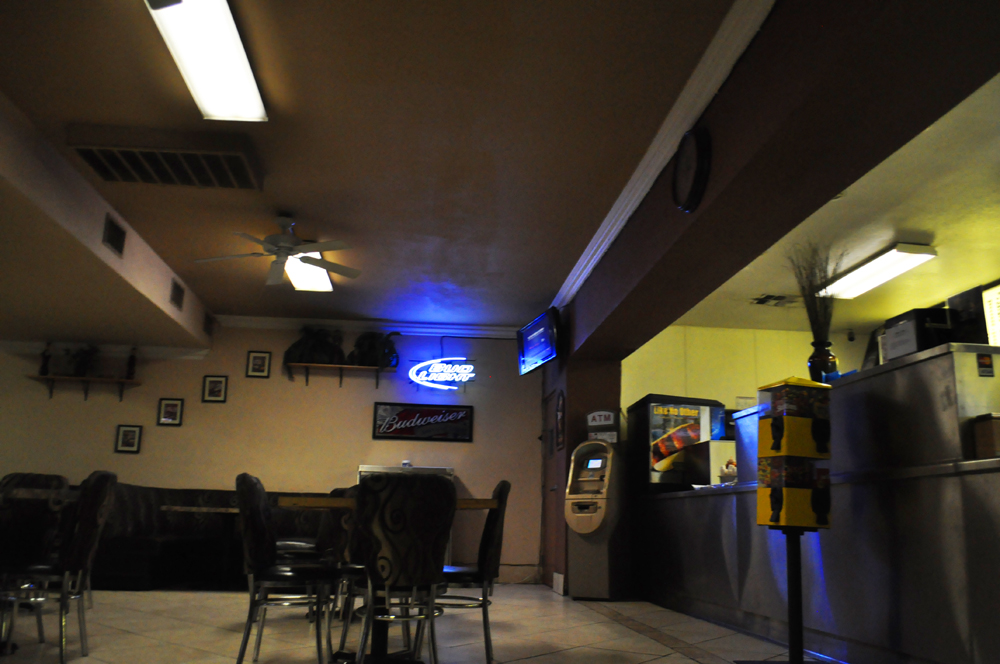 Boston Pizza is best visited via car. Despite downtown improvements, the walk between the pizza joint and the Gold & Silver Pawn Shop won't win any prizes for offering scenic attractions or friendly locals, nor it would be considered a charming introduction to the city. Only hardy travelers should be prepared to make the walk on foot. Inside Boston Pizza, the furnishings are also basic — booths, tables, an ATM, a gumball machine and a TV tuned to ESPN. 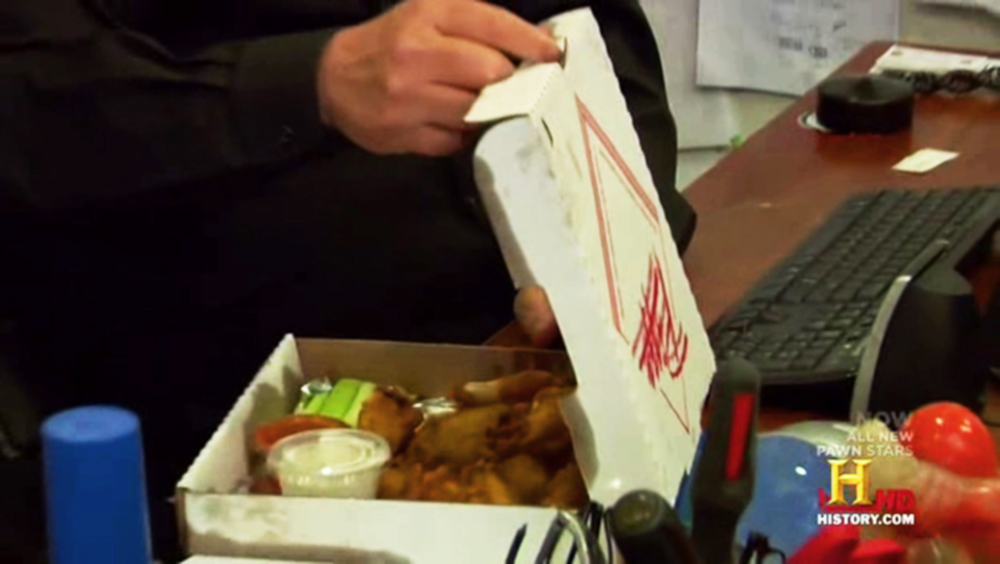 But the wings are hot, the pizza good and now the cat is out of the bag. Call a buddy and try a dozen before the tour guides start lining up outside.
· All Coverage of Pawn Stars [~ELV~]