Share All sharing options for: Signs Point to Bobby's Burger Palace Getting Closer

Wrapped in plastic, the furthest out west outpost of Bobby's Burger Palace from celebrity chef Bobby Flay is still managing to let its true colors show. New restaurant signage has arrived on the CityCenter-facing side of Flay's 17th burger joint, but is protected in plastic sheeting while construction continues.

The 5,000-square-foot project takes over a former Carolina Herrera boutique at the Crystals luxury mall annex, and will mirror the previous BBP locations offering sandwiches, salads, shakes and themed burgers include the signature Crunchburger spruced up with potato chips. 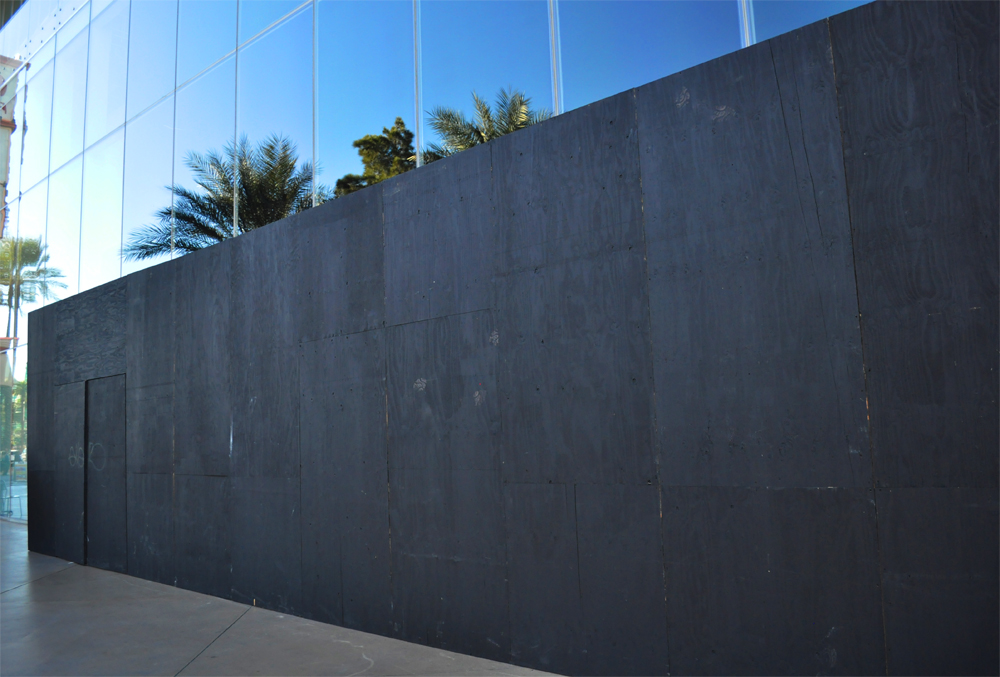 The Bobby's Burger Palace main entrance, on the Strip-facing side of the palace, now features matte black plywood expanding onto the sidewalk, but still lacking hints for pedestrians about what is behind the walls. Last week a designated Facebook page for the restaurant was also launched.

The project was first revealed by Eater Vegas back in May and BBP have been actively hiring for multiple positions since July. 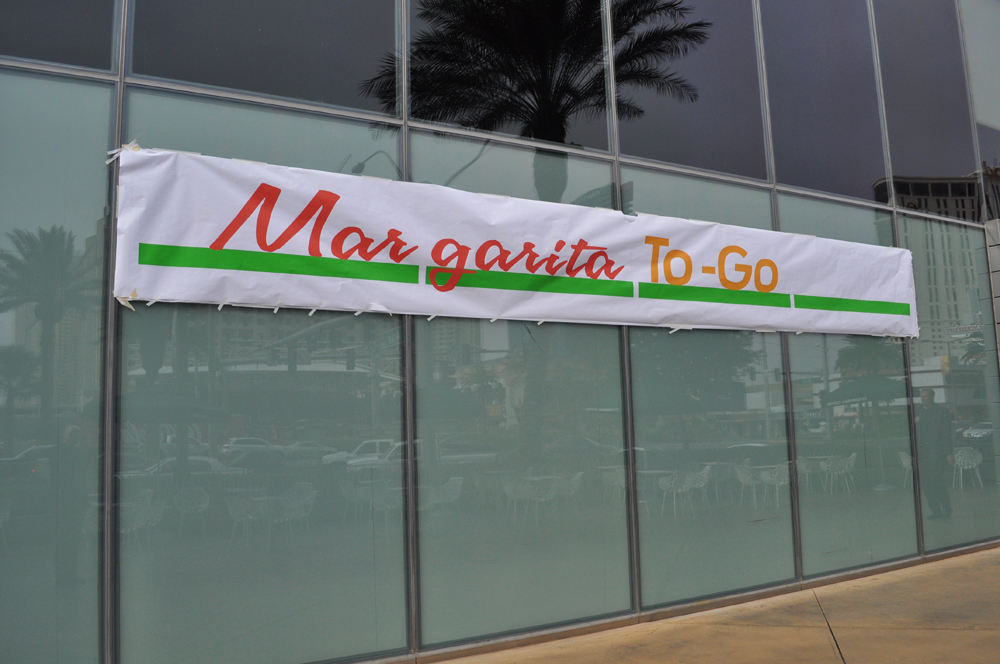 The company has been very circumspect in committing to a concrete opening date or advertising their presence on the Strip. Earlier this year they resorted to using a fake name on signs outside the restaurant to direct workers to the construction site.

Behind the plywood, much of the substantial, physical kitchen equipment is in place, but work on finishing the ceiling, walls and flooring is still ongoing. The publicly estimated construction budget is $1 million, creating a space with a maximum occupancy of 203 customers.
· All Coverage of Bobby's Burger Palace [~ELV~]
· All Coverage of Bobby Flay [~ELV~]