Rumor, Facts and First Words from the Mirage

Share All sharing options for: Rumor, Facts and First Words from the Mirage

The Mirage is undergoing a handful of changes as the resort continues a steady refurbishing ahead of chef Masaharu Morimoto's arrival sometime next year. Although an early 2014 debut has been announced for Morimoto Las Vegas taking over the existing, and still very operational Japonais space, Mirage staffers say the Iron Chef's first Las Vegas project has again been delayed. The current shifting timetable suggests Japonais will not shutter for construction until at least March and perhaps as late as June with construction on Morimoto taking three to six months.

Japonais staff have been told they have positions at Morimoto when it reopens but will need to take an extended vacation or work somewhere besides MGM Resorts properties during the interim per their union contracts.

Over by the reception desk, for the second time this year, the Lobby Bar has shuttered for a makeover. The former Kokomo's Bar backs onto Tom Colicchio's Heritage Steak, but features no access to the steakhouse. The bar's main attraction is the view of the central atrium and the people watching opportunities for this very busy corner of the resort. Other visible upgrades to the casino floor include the installation of newly designed carpeting. 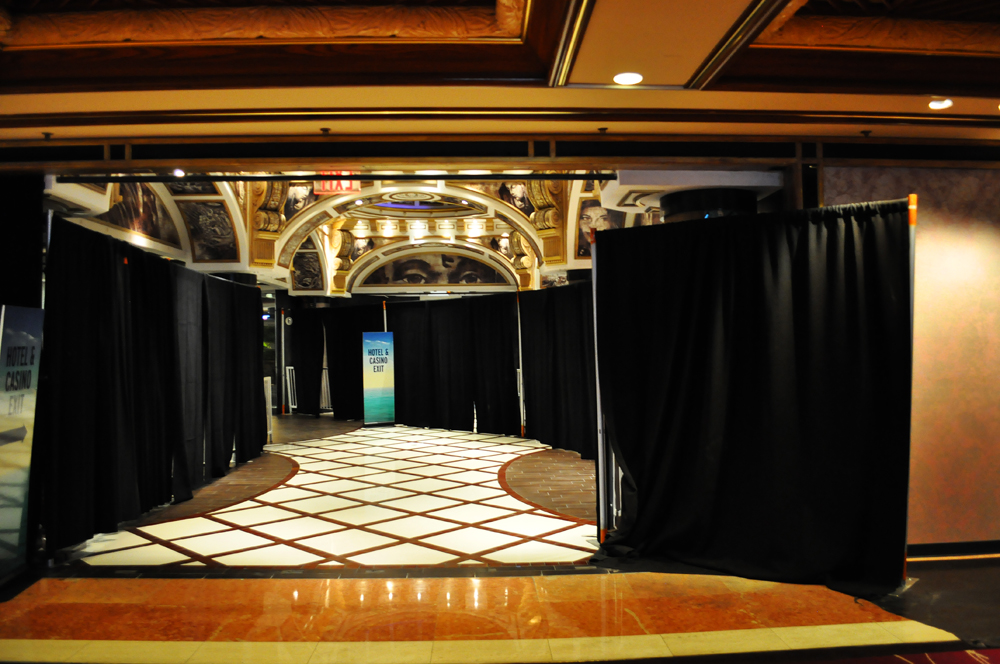 On the opposite side of the reception desk, the former King Ink tattoo parlor and lounge from Mario Barth has been partially dismantled and now provides an alternate exit to the north side valet entrance. Departing guests can now admire the still intact ceiling murals. The north entrance is undergoing a series of renovations. King Ink was once rumored to be transforming into a new lounge drawing patrons from the 1 Oak Nightclub across the hall. Barth moved his operation further into the resort and renamed it Starlight Tattoo.

Other rumors from the property include long considered upgrades to the Onda Ristorante & Wine Lounge. Already in progress is the demolition of the former B.B. King's Blues Club in preparation for its new incarnation. The space has recently been utilized for corporate and special event catering. A three-meal restaurant is expected to take over the space. True Pour, the small bar in front of the B.B. King's entrance, remains open during the work behind nondescript plywood.
· All Coverage of Mirage [~ELV~]