Steve Benjamin Goes on Chopped Just for the Halibut

Share All sharing options for: Steve Benjamin Goes on Chopped Just for the Halibut 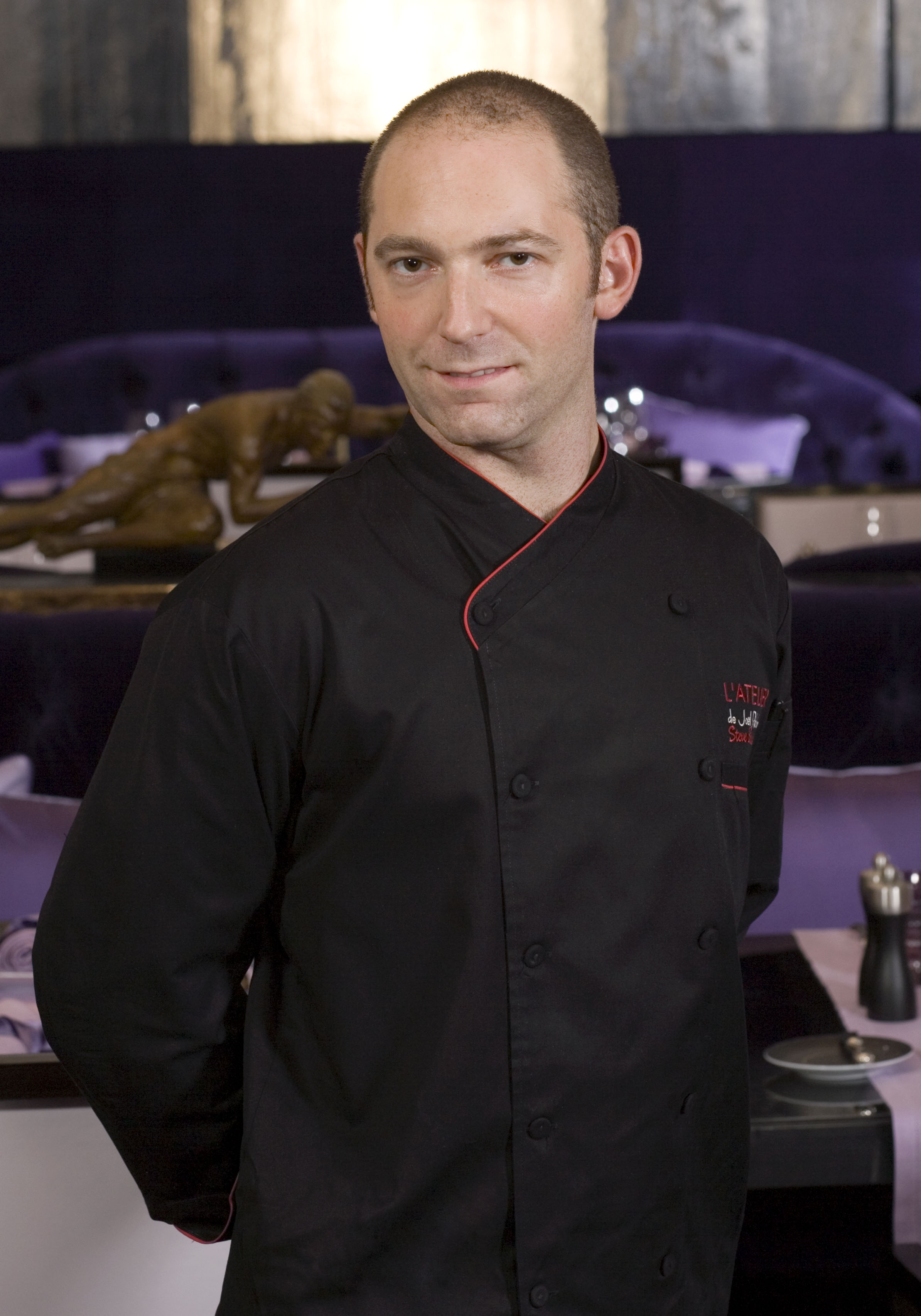 Chefs who dream of being on Chopped may hate Steve Benjamin after seeing tonight's episode of the show. The executive chef behind L'Atelier de Joël Robuchon at the MGM Grand didn't do a lick of practice before heading in front of the cameras.

That might come from his background growing up in Paris and visiting the local farmers' market with his father, who loved to host dinner parties. Benjamin would imagine all the dishes he could create with the fresh ingredients, and started volunteering as an apprentice at a local restaurant near his hometown at age 14.

His knack for working on the fly might come from his stint in the French military as a private chef for the Division General. And his dance in the kitchen certainly became honed with he became the sous chef at the Astor Hotel in Paris where he was trained by Chef of the Century Joël Robuchon.

Here Benjamin talks about his appearance on Chopped tonight, airing at 7 p.m. on the Food Network in an episode dubbed "Just for the Halibut." For the first basket, the chefs get smoked beef tongue and garbanzo beans as two of the four ingredients. For the entree course, the remaining chefs get halibut and aquavit. During the dessert course finale, banana chips and almond butter make an appearance.

What did you do to prepare to be on Chopped?
I did not practice. I just came over there with my knives to see what would happen. I did not try to do it in 20 minutes with secret ingredients. I think I was lucky.

Did you have any concerns about any of the courses?
It was a struggle at the time when you were going through the basket. For the first dish I learned that it was going very fast. I was trying to shell chickpeas and to deshell them took five minutes.

What made you decide to be on the show?
You know what? I had the opportunity to do it, and when someone asked me to do it, I was like, "Yeah, why not?" This really was a new goal. I wanted to see if I can make it.

Were any of the dishes you made inspired by something you've actually made before?
Some dishes I did over there I made at home or at work. At home, it's something I made that was very good.