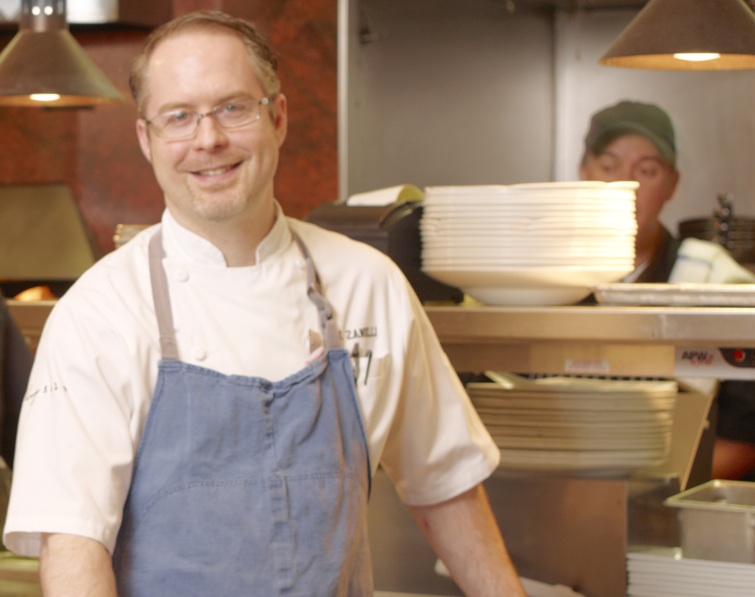 Chef Joseph Zanelli comes to Honey Salt with more than 20 years of hospitality experience. Originally from Massachusetts, Zanelli got his start in the kitchen at a young age, finding inspiration from his grandmother Rose to become a chef. Zanelli began his career in San Francisco at Hawthorne Lane under David Gingrass. He brought this expertise to Las Vegas, cooking briefly for Wolfgang Puck at Spago before opening Aqua at the Bellagio as a sous chef under Michael Mina and chef Mark Lorusso. Zanelli then travelled to New York City to work at Daniel Boulud's Café Boulud. Zanelli then opened Pazo with former colleague Patricia Yeo. In January 2003, Zanelli was lured back to Las Vegas to become executive sous chef at the Mansion at the MGM Grand under Boulud protégé Phillippe Rispolli and he eventually became the executive chef there. His next move — Lutece at the Venetian — then he moved on to join the opening team at Wynn Las Vegas under chef Grant MacPherson, becoming executive sous chef at the New American Steak House. Most recently, Zanelli opened Lakeside before joining Elizabeth Blau and Kim Canteenwalla in their first independent venture Honey Salt. Here he shares his favorite places to dine when he's not in the kitchen at Honey Salt.

Which restaurants do you turn to when you're not working?
Lunch — Payard Patisserie at Caesars Palace
Dinner — Scarpetta at the Cosmopolitan of Las Vegas
Anytime — Settebello

What dishes are most memorable?
At Payard, I order the fruit crepes, selection of berries and whipped cream, when in season is great! I also like there pistachio gelato.

At Scarpetta, I usually go there for the spaghetti pasta. I think it's the best in the city. Only a few ingredients, but it's perfection in a bowl.

At Settebello, I get the Pizza Settebello (sausage, pine nuts, tomato sauce, fresh mozzarella cheese, basil) great pizza, never get tired of it. I could eat it every day.

Why do you enjoy going there?
Payard — I enjoy going there because it off the beaten path and reminds me of the old Payard on the Upper East Side. It's also a great way to satisfy your sweet tooth.

Scarpetta — besides the best pasta in the city and great wine selection the service is always over the top. Mario and Noe always make us feel special.

Settebello — pizza, pizza, pizza, enough said,. They have a very unique selection of Italian micro-brews, (Friska is my favorite one).
· All Coverage of Honey Salt [~ELV~]
· All Dining Confidentials [~ELV~]